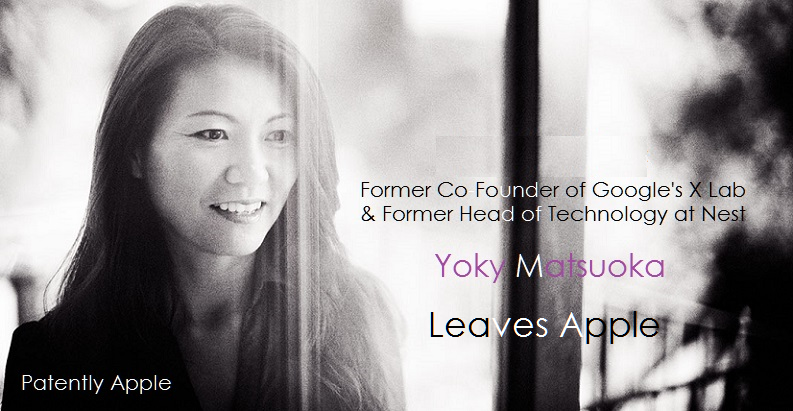 Back in early May Patently Apple posted a report titled "Co-Founder of Google's X Lab Yoky Matsuoka Joins Apple's Health Projects Team." In 2007, Matsuoka won a MacArthur Foundation "genius" grant for her work in neurorobotics, using technology to help disabled people and stroke victims regain the use of their limbs. Matsuoka also helped to develop the BarrettHand, an revolutionary robotic arm, while at MIT. She seemed perfect for Apple's Health Projects Team. It's being reported today that Matsuoka is leaving Apple. Neither Apple or Matsuoka provided comment to Bloomberg.

It was reported by Fortune back in May that "Matsuoka left Nest last year and was headed to Twitter until she was diagnosed with a life-threatening illness, according to a post she wrote on Medium last May. Treatment of the undisclosed illness was effective, she wrote."