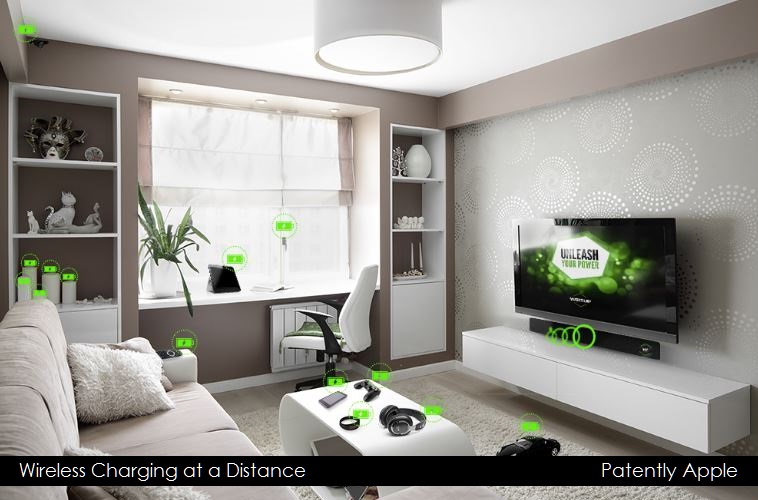 Since September there has been more evidence that Apple is stepping up their work on wireless charging for future iDevices than ever before. In September we posted a patent report showing that Apple was continuing their work on a charging station. Then in late October the rumor from Taiwan was that Foxconn got the green light from Apple to test wireless charging module for Apple's top 2017 iPhone models. In early November a report confirmed that Apple was switching to a glass iPhone embodiment for 2017 to accommodate wireless charging. Then late last month the rumor was that wireless charging would only be available on the smaller 2017 iPhone and that Apple supplier Pegatron would be getting the exclusive contract. So there's been a lot of rumors with a few that are apparently in conflict with others. The good news is that Apple is evidently pushing for a wireless charging solution and now a new report by Fast Company speculates that Apple's supplier Dialog Semiconductor investing in a company called Energous points to a possible link to Apple considering that three quarters of Dialog's business is with Apple.

Dialog Semiconductor made the announcement of investing $10 million in Energous back on November 7. Their press release states that Dialog will expand Dialog's position in power management by becoming the exclusive supplier of Energous' disruptive RF-based wireless charging ICs. Energous is the developer of WattUp, a revolutionary wire-free charging technology that provides over-the-air power at a distance. The technology has the ability to transform the way consumers and industries charge and power electronic devices at home, in the office, in the car and beyond.

Energous Corporation is the developer of WattUp—an award-winning, wire-free charging technology that will transform the way consumers and industries charge and power electronic devices at home, in the office, in the car and beyond. WattUp is a revolutionary radio frequency (RF) based charging solution that delivers intelligent, scalable power via radio bands, similar to a Wi-Fi router. WattUp differs from older wireless charging systems in that it delivers power at a distance, to multiple devices – thus resulting in a wire-free experience that saves users from having to remember to plug in their devices. WattUp uses a Radio Frequency (RF) system, similar to a Wi-Fi system, delivers safe wire-free charging energy at distances of up to approximately 15 feet from a transmitter to a receiver device.

Other videos and video reviews of the product could be found here.

Fast company points to a statement made by Energous that that it signed a development and licensing agreement in February 2015 with "one of the top consumer electronic companies in the world" to integrate the WattUp technology into the partner's "consumer devices." Fast Company speculates that the agreement could have been with Apple.

While it's a long shot, it's definitely in the realm of possibilities. You could read more about the Fast Company report here.