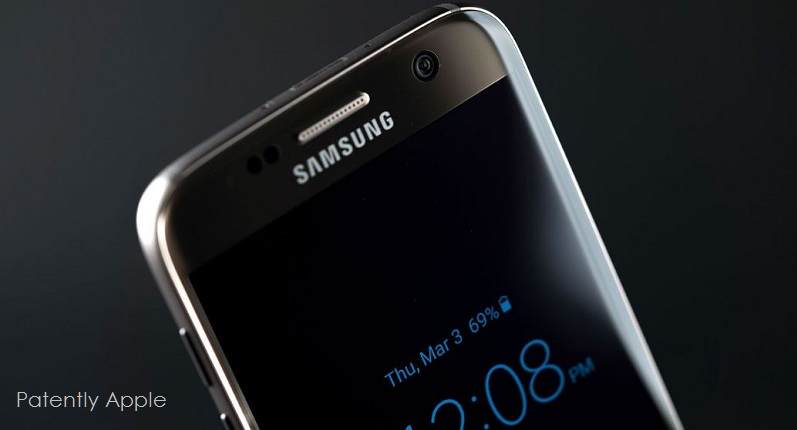 Two months ago Patently Apple posted a report titled "Copycat Samsung to Introduce Galaxy S8 in Q1 2017 with Dual Cameras and No Home Button." Today Bloomberg is reporting the same thing months later. Their report notes that "Samsung Electronics Co. will create an all-screen front for the Galaxy S8 smartphones coming out next year and scrap the physical home button."

Bloomberg's report further notes that "The bezel-less displays will provide more viewing real estate while a virtual home button will be buried in the glass in the the lower section, the people said, asking not to be identified because the details haven't been released. The new phones will only come with wraparound displays using organic light-emitting diode technology, the people said.

Samsung isn't the first to do away with the feature. In October, China's Xiaomi Corp. showed off its Mi Mix concept phone developed with designer Philippe Starck that has a display covering 91 percent of the front."

The Bloomberg report also points out news that we've previously covered such as Samsung bringing AI via Viv to the Galaxy 8 and a next-gen messaging experience. We've also reported recently that the Galaxy S8 will introduce a next-gen selfie front camera and power the phone with a 10nm processor.