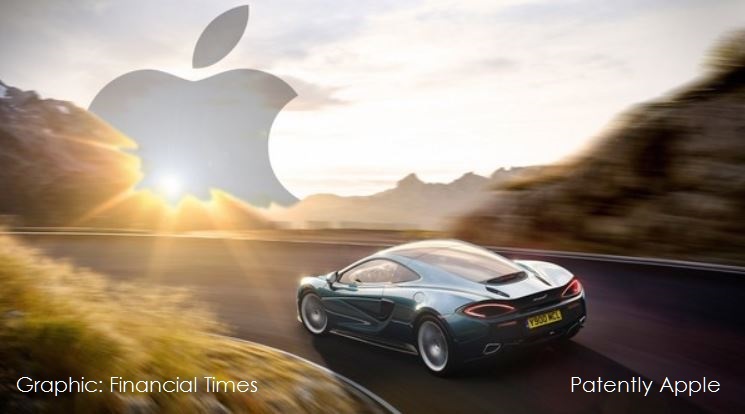 In September Patently Apple posted a report titled "Apple Refocuses Project Titan towards Advanced System Software and away from a Dreamy iCar." While the report provided a broad overview of Project Titan, the focus was on a report by the New York Times that claimed Apple was indeed rethinking Project Titan. "Apple has shuttered parts of its self-driving car project and laid off dozens of employees, according to three people briefed on the move who were not allowed to speak about it publicly." Then in October we posted a report titled "Apple's Canadian Office is Focused on Developing carOS." Apple was aggressively hiring key people from BlackBerry's QNX software division working on the driverless car market. Yesterday, a letter from Apple to U.S. transportation regulators dated November 22, 2016 was made public. The letter reveals Apple's position on a number of key issues surrounding the future of autonomous vehicles. The letter was in response to the Obama administration who sought feedback from Silicon Valley's leading technology companies regarding all facets of autonomous vehicles from safety through to ethics.

The letter from Steve Kenner, Apple's director of product integrity, to the head of the National Highway Traffic Safety Administration offered no details on Apple's specific autonomous vehicle project, but did state that Apple "is investing heavily in the study of machine learning and automation, and is excited about the potential of automated systems in many areas, including transportation."

While the letter is far from being a smoking gun regarding Project Titan and their plans for an autonomous vehicle, the depth of Apple's feedback in this letter to the Obama administration does reveal the scope of Apple's understanding of the top issues facing those involved in the manufacture and designing of autonomous vehicles and their systems. Below is but one example of Apple's depth on this subject matter:

"Apple agrees that companies should share de-identified scenario and dynamics data from crashes and near-misses. Data should be sufficient to reconstruct the event, including timeseries of vehicle kinematics and characteristics of the roadway and objects. By sharing data, the industry will build a more comprehensive dataset than any one company could create alone. This will allow everyone in the industry to design systems to better detect and respond to the broadest set of nominal and edge-case scenarios. Apple looks forward to collaborating with other stakeholders to define the specific data that should be shared."

This particular paragraph suggests that Apple is deeply involved in this area of research and is willing to share with "other stakeholders" so that collectively they could can find better solutions. You could review the entire letter for yourself in part two of our report here.

As with this year's encryption issue, Apple stresses the need for consumer privacy while research on autonomous vehicles is being conducted:

"Data sharing should not come at the cost of privacy. Apple believes that companies should invest the resources necessary to protect individuals' fundamental right to privacy. Apple supports NHTSA's privacy principles, and believes the industry should refine the Consumer Privacy Protection Principles to be more aligned with the Policy. Apple urges NHTSA, industry partners, and relevant federal agencies to continue to address privacy challenges associated with the collection, use, and sharing of automated vehicle data. Apple encourages collaboration with privacy experts beyond the automotive industry."

Apple also endorses the position "That companies employ a range of hazard and threat analysis methods to identify and mitigate potential safety and cybersecurity issues early in development and as technologies evolve."

And lastly, Apple's Director of Product Integrity Steve Kenner noted in the letter that "Apple appreciates the opportunity to comment on the Policy. Apple commends the Department of Transportation and NHTSA for facilitating a national conversation about the safe and ethical development and deployment of automated vehicles. Apple looks forward to collaborating with NHTSA and other stakeholders so that the significant societal benefits of automated vehicles can be realized safely, responsibly, and expeditiously."

Apple's letter to Department of Transportation and NHTSA was first discovered by Venture Beats.