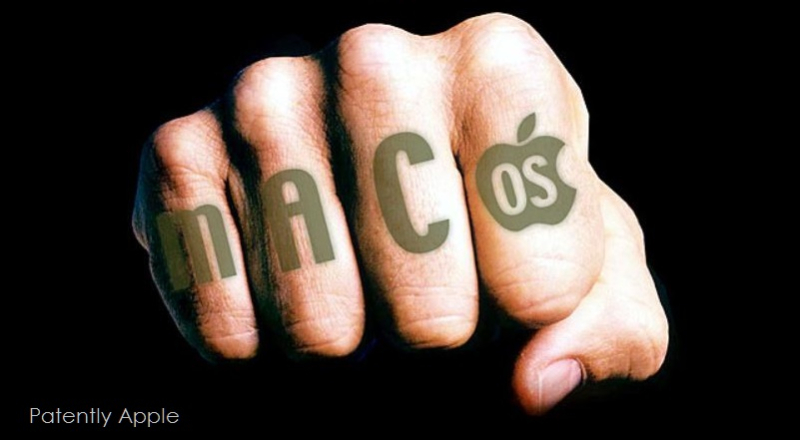 Mark Gurman, who once was a senior writer for 9to5Mac left to become a writer for Bloomberg. He's now free to be more honest about his views of Apple and it's products and today he doesn't mince his words. Mark begins his new report titled "How Apple Alienated Mac Loyalists," by stating that "To die-hard fans, Apple Inc.'s Macintosh sometimes seems like an afterthought these days." This is a sentiment that Microsoft is now trying to take advantage of. Last week Patently Apple posted a report titled "Microsoft's Marketing VP Boasts of Most MacBook Switchers to Surface ever due to Disappointing MacBook for Pros." The press smells that Apple is gradually losing moment while Microsoft is gaining momentum. This change in the nature of tech press coverage of Apple is changing and we covered that back in October in a report titled "The Battle between Microsoft and Apple Events focused on the Pro Market Sets Off a Firestorm."

In today's report, Gurman lays out the issues with Apple and the Mac systematically. Gurman notes that "Mac upgrades, once a frequent ritual, are few and far between. The Mac Pro, Apple's marquee computer, hasn't been refreshed since 2013. The affordable and flexible Mac mini was last upgraded in 2014. And when a new machine does roll out, the results are sometimes underwhelming, if not infuriating, to devotees.

In October, after more than 500 days without an update, Apple unveiled the new MacBook Pro, with a slimmer design and louder speakers. The laptop garnered mostly favorable reviews from the technology press but grumbles from creative types, a key constituency, who said the device under-performed rival products.

Interviews with people familiar with Apple's inner workings reveal that the Mac is getting far less attention than it once did. They say the Mac team has lost clout with the famed industrial design group led by Jony Ive and the company's software team.

They also describe a lack of clear direction from senior management, departures of key people working on Mac hardware and technical challenges that have delayed the roll-out of new computers.

While the Mac generates about 10 percent of Apple sales, the company can't afford to alienate professional designers and other business customers. After all, they helped fuel Apple's revival in the late 1990s. In a stinging critique, Peter Kirn, founder of a website for music and video creators, wrote: "This is a company with no real vision for what its most creative users actually do with their most advanced machines."

If more Mac users switch, the Apple ecosystem will become less sticky—opening the door to people abandoning higher-value products like the iPhone and iPad.

People now have more options. Microsoft Corp., once derided by Mac loyalists for its clunky, buggy software, offers Windows 10, which provides the tablet type functionality Apple pioneered with the iPad. Microsoft's Surface computers offer Apple-esque quality and a well-reviewed creative paint program aimed at the Mac's audience. Sensing an opportunity, Microsoft called the MacBook Pro a "disappointment" and said more users than ever were switching to its Surface laptops.

In another sign that the company has prioritized the iPhone, Apple re-organized its software engineering department so there's no longer a dedicated Mac operating system team. There is now just one team, and most of the engineers are iOS first, giving the people working on the iPhone and iPad more power."

If you have the time, there's a lot more on Mark Gurman's mind and it's definitely worth a read here.

Gurman lastly noted that "Mac fans shouldn't hold their breath for radical new designs in 2017 with just minor bumps in processing power for the 12-inch MacBook and MacBook Pro."

To counter Gurman's report, there was one posted last night by TechCrunch wherein they quote Tim Cook stating that "Some folks in the media have raised the question about whether we’re committed to desktops. If there’s any doubt about that with our teams, let me be very clear: we have great desktops in our road map. Nobody should worry about that."

Only time will tell if those desktops that Cook is alluding to will appease Mac Loyalists and Pros alike. Cook did have a lot to say about the Mac in the TechCrunch report and you could read all about it here.