In November Patently Apple posted a report titled "It Appears that Apple's 'Touch Bar' is Copying Heavily from Microsoft's 2010 Adaptive Keyboard Concept." In 2010 Microsoft's Applied Sciences Group sponsored the Student Innovation Contest at UIST. Microsoft's web page notes that their 2010 contest was focused on an experimental keyboard that they were working on. Our November report presented a video illustrating the Touch-Bar-like concept.

Today, the US Patent & Trademark Office published a patent application from Apple that reveals their 'Touch Bar' patent application. The history of the patent is very difficult to track down on USPTO's database to establish this as an original Apple patent or one the acquired. Oddly this patent has surfaced in the U.S. years after it was filed in Europe. The only reason I find it odd is that the so-called 'Touch Bar' patent never, ever mentions an OLED display as if that was added to the invention at a later date by Apple. It's unclear whether Apple acquired this patent so as to not get sued and then updated with a twist moving to an OLED display. . 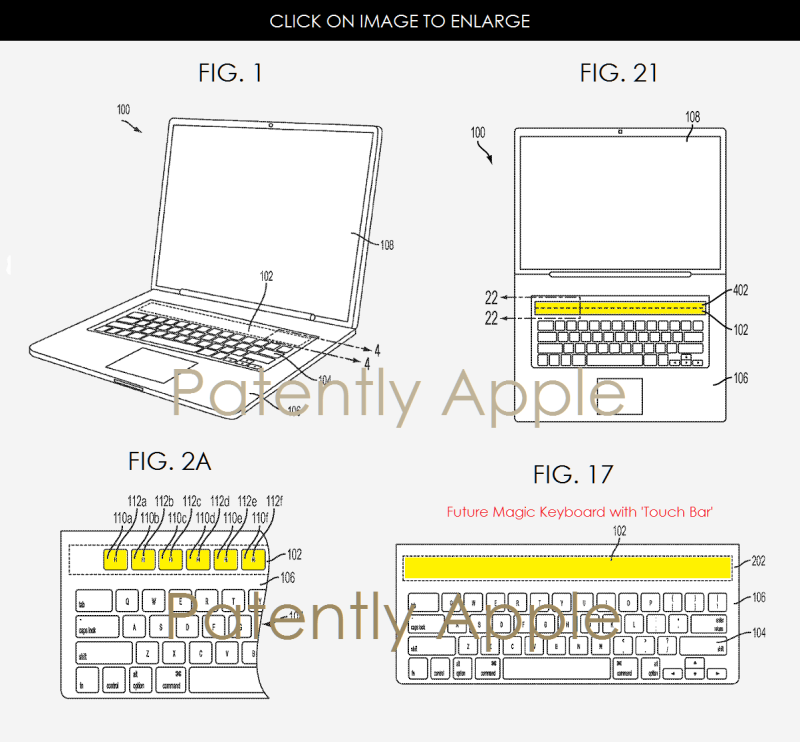 Considering that the entire patent application is focused on using an e-ink layer for the Touch Bar rather than an OLED display, it's hard to think that Apple will in the future revert backwards to an e-ink display design.

You could review the patent for yourself here, as I see no reason to delve into this invention any further considering that seems to already be outdated.

One of Apple's patent figures illustrates as noted below shows an e-ink bar placed at one side of an iPad. This concept is already available via Duet Display as noted in the graphic below. 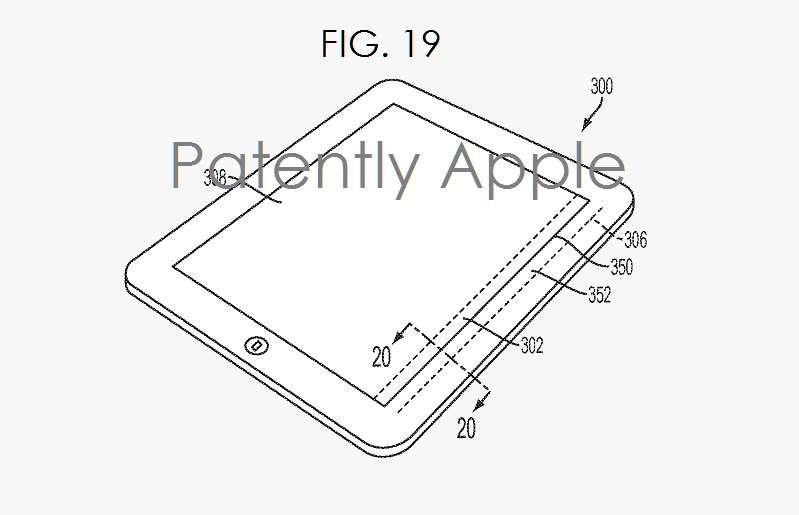