Apple notes that "People often carry mobile devices to a venue (e.g., a building) where a pedestrian can access. The venue can have multiple floors. People may want to use their mobile devices to determine on which floor they are located. People may want their mobile devices to display a floor plan of that floor, without having to enter a floor number. Inside the building, determining a floor using global navigation satellite system (GNSS) signals may be impractical due to signal weakness or signal obstruction. An altitude determined using barometer readings may also be insufficiently accurate or certain to determine a floor level, due to measurement uncertainties and atmospheric instabilities.

The features described in Apple's patent application can be implemented to achieve various advantages. For example, compared to conventional location determination that outputs two-dimensional coordinates, the techniques described can provide a third dimension. This dimension can correspond to building floors rather than mere altitudes. 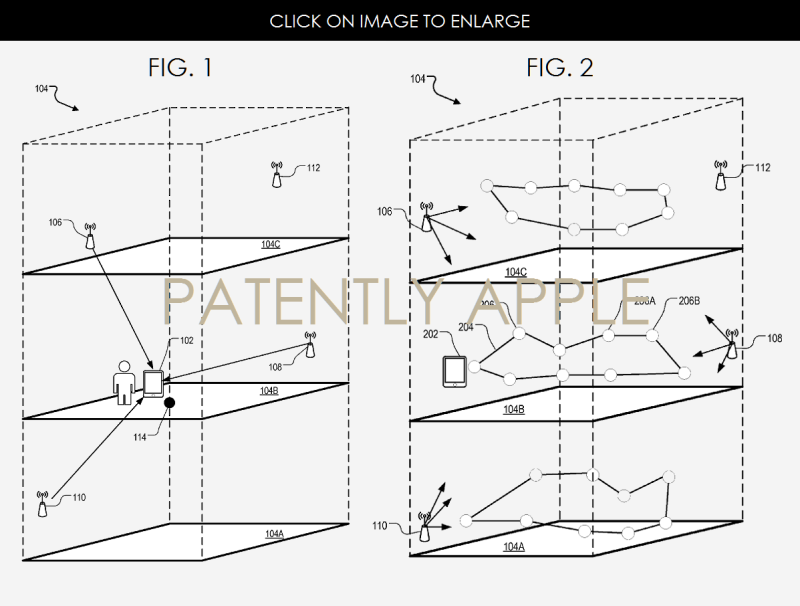 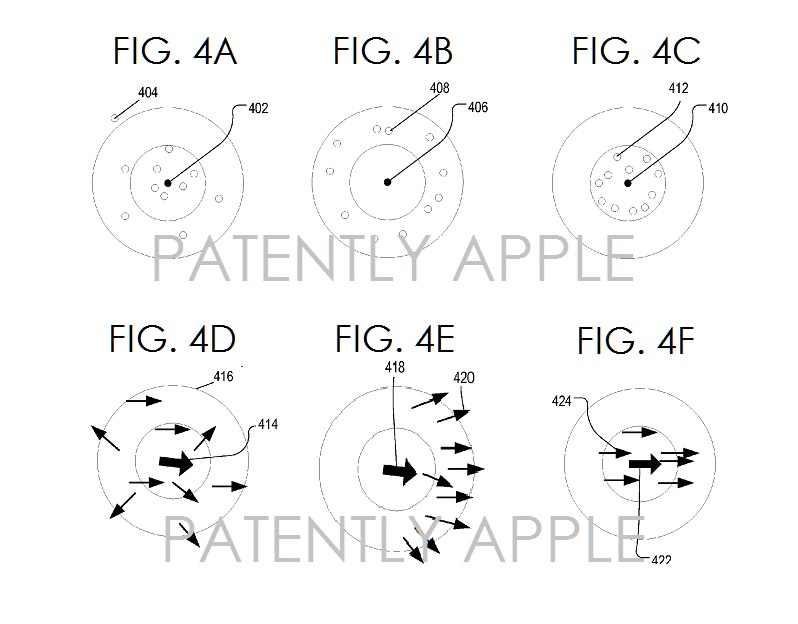 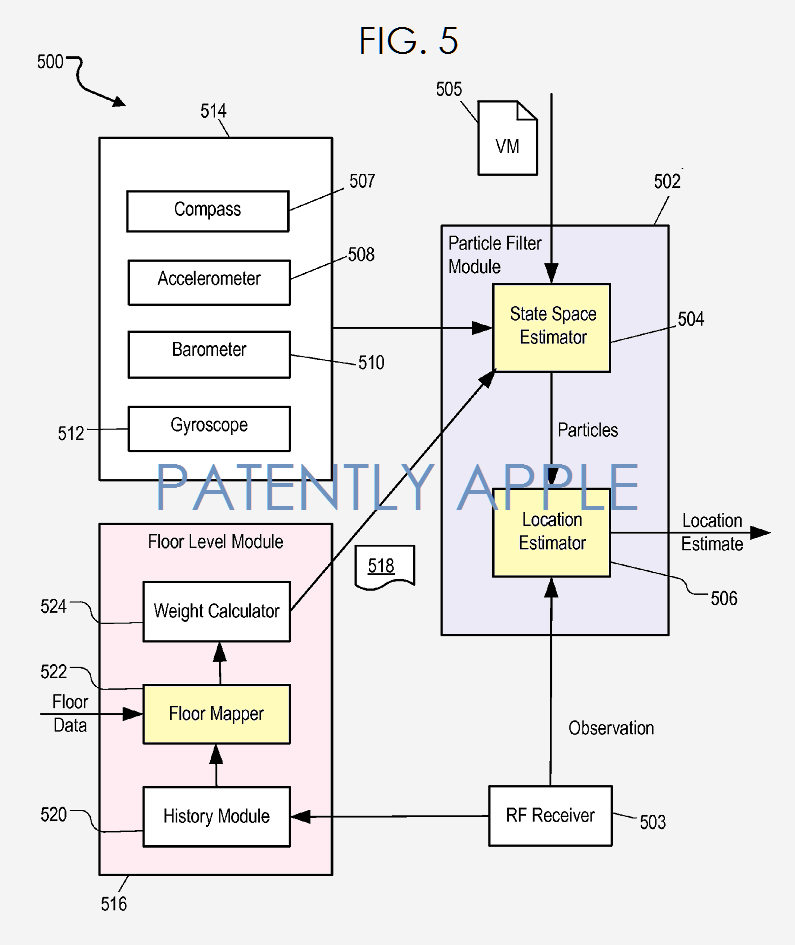 Apple's patent FIG. 5 is a block diagram illustrating components of an example location estimation subsystem of a mobile device. 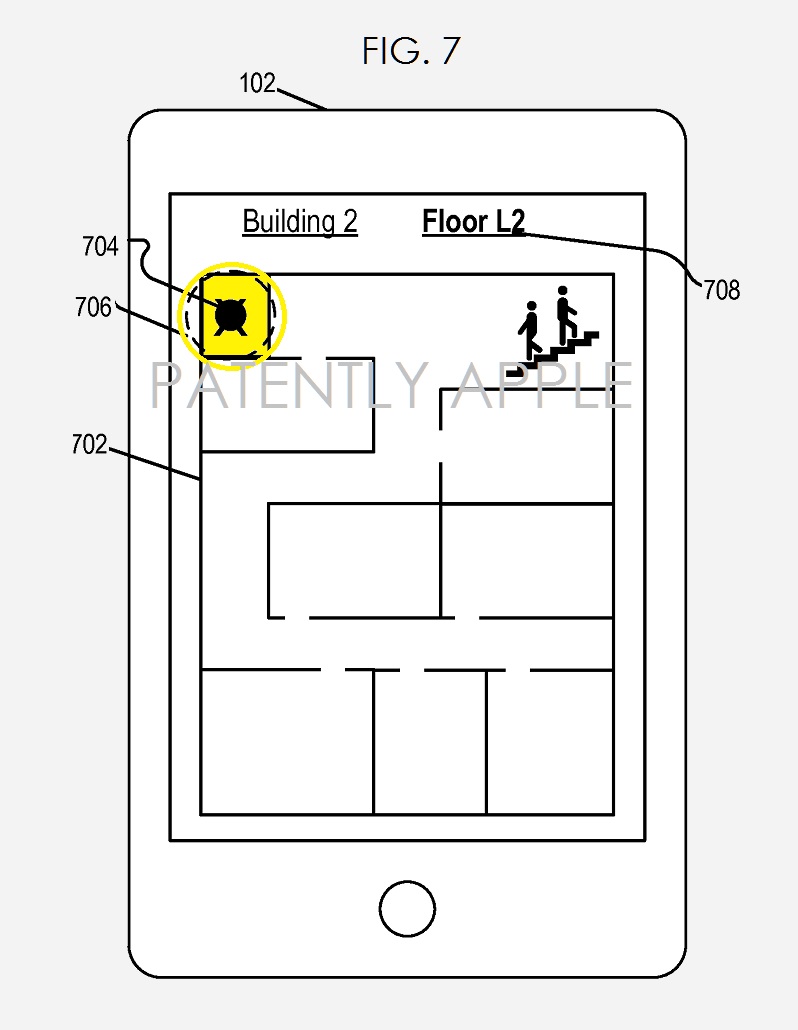 Apple's patent FIG. 7 is an example user interface for displaying a floor map on a mobile device. For example, if mobile device #102 determines that mobile device has moved in an elevator from floor L2 to L3, the mobile device can update the map #702 to display a floor plan of floor level L3. Updating the map can include updating label #708 to indicate that the map has changed to a new floor plan. The updating can be automatic and without user input.