On March 21, 2016, Apple introduced the new 9.7" iPad Pro and their new iPhone SE. Before the day's presentations began, Apple's CEO wanted to address the court controversially ordering them to assist the FBI unlock an iPhone belonging to one of the deceased San Bernardino terrorists. In Cook's preshow speech he noted: "We build the iPhone for you, our customers, and we know that it is a deeply personal device. For many of us, the iPhone is an extension of ourselves." The highlighted statement from Cook was recently tested by a few universities last month and reportedly published in the latest edition of Cyberpsychology, Behavior and Social Networking Journal.

Recent medical news reported on by psychologists at the University of Lincoln and two other schools looked into the demographic and personal characteristics of 500 iPhone and Android phone users and recently released the survey results.

In addition, iPhone users tend more to regard their phones as representing their social status, try to look different and be self-conscious, sensitive, open and extroverted.

The Korean tech site covering this study, which favors Android, seemed to add something that other sites covering this study didn't mention. They noted that "Meanwhile, iPhone users are at a relatively low level when it comes to honesty, humility and gentleness, more interested in wealth and social status and more likely to break rules in the interest of themselves." Nothing like a little Android spin to make their side oh-so humble and honest.

The report further noted that "Based on the results, the team of psychologists created a model predicting which one of the two operating systems will be chosen by individual smartphone users. They applied the model to 200 other people and achieved a percentage of correct predictions of around 70%.

'This is the first empirical study on the difference between the demographic and personal characteristics of Android phone and iPhone users,' the team explained, adding, 'The study showed that an object an individual has a greater control on is likely to form a greater part of his or her personal identity.'"

A UK publication covering the UK study wrote that "Four out of five UK adults now have a smartphone with the market split 50/50 between the two rival operating systems.

Smartphones' connection with our personalities is so marked that psychologists say smartphones have become an extension of ourselves."

The UK report noted that Android users were characterized this way:

The report quoted Dr David Ellis from Lancaster University saying "In this study, we demonstrate for the first time that an individual's choice of smartphone operating system can provide useful clues when it comes to predicting their personality and other individual characteristics."

In a second study, the psychologists were then able to develop a computer programme that could predict what type of smartphone a person owned based on differences between iPhone and Android users.

His co-lead Heather Shaw from the University of Lincoln said: "It is becoming more and more apparent that smartphones are becoming a mini digital version of the user, and many of us don't like it when other people attempt to use our phones because it can reveal so much about us."

A third source covering this study, a medical website, noted that the study was first made public in September by Heather Shaw, from University of Lincoln's School of Psychology. The findings were from her doctoral study that was presented to the British Psychological Society Social Psychology Section annual conference in Cardiff.

Miss Shaw and her fellow researchers conducted two studies of personality differences between iPhone and Android smartphone users. Lancaster University was also involved in the study.

Although I'd love to debate some of the findings of this study, I'd rather hear from you in our comment section below. For now, one this is sure, Apple's CEO has hit the nail on the head with his observation that "the iPhone is an extension of ourselves." And now we have the psychological study that gives that statement the stamp of approval from the Royal Class across the pond. All we need now is the Queen knighting Apple's CEO, Sir Cook for his shear billiance. I mean, why should Jony Ive have all the fun, right? 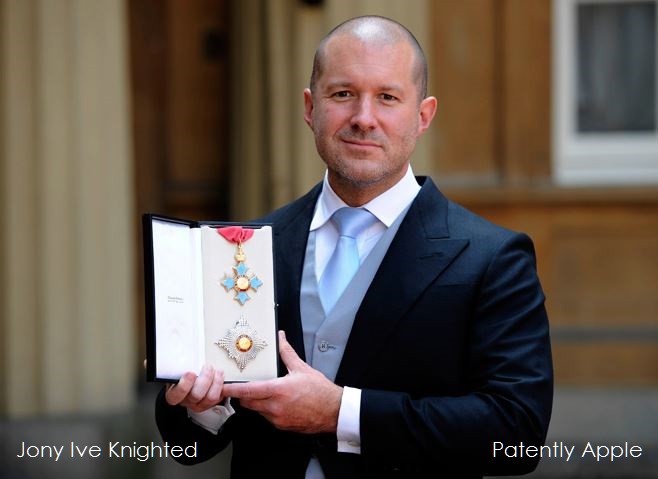