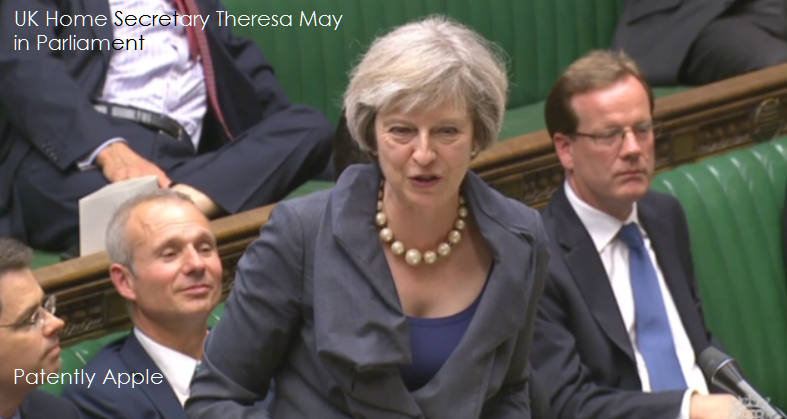 On Saturday Patently Apple posted a report titled "Apple in Store for a Showdown in 2017 as the U.K.'s Investigatory Powers Bill becomes Law in the coming Weeks." I noted in the report that the House of Lords passed the Investigatory Powers Bill last week, putting huge spying powers on their way to becoming law within weeks. The bill – has the power to force internet companies to keep records on their users for up to a year and allows the Government to force companies like Apple to hack their own devices. There was a petition gathering steam to force more debate but before the opposition could blink it has become law of the land which has to have Apple and others in Silicon Valley unnerved as they will no doubt be put to the test in the coming months ahead.

The UK's Independent report today that "Britain's intelligence services have officially been given the "most extreme spying powers ever seen".

The Investigatory Powers Act has now been given royal assent, meaning that those surveillance rules will pass into law. The bill was officially unveiled a year ago and passed through the House of Lords earlier this month, but the act of being signed off means that those powers now go into effect.

Not all of the powers available in the Bill will be rolled out straight away. Some require testing so will not be ready for some time, the Home Office said."

It's unknown at this time if forcing smartphone OEMs to unlock their phones is part of the bill that will be slower to roll out. For more on this, read the full report here.