Sweep! Apple's iPad has Won the Last 4 Quarters as top Tablet as the Competition Piles on with new Detachables 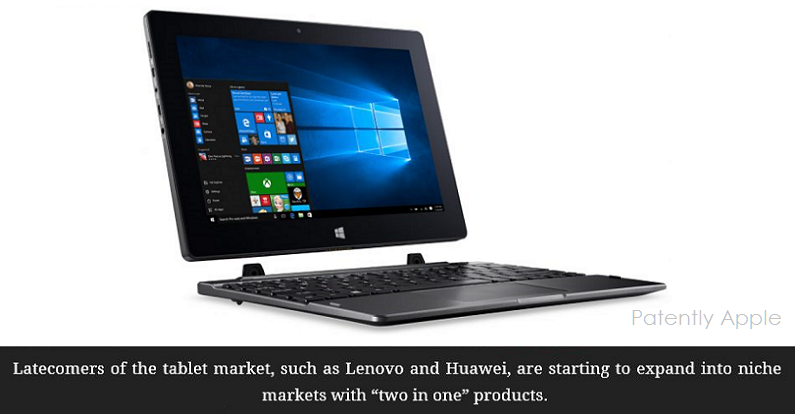 Apple's iPad, despite losing sales momentum all year long, remained the leading tablet by far. Apple's iPad Pro took top spot for the touch detachable tablet segment over last holiday season and it continued through to Q1 2016 hands down and for Q2 and Q3 as well. Apple's iPad also won the J.D. Power's 2016 U.S. tablet customer satisfaction study – so for the past 12 months or 4 quarters the iPad wins the global market in tablet sales for a clean Sweep.

When Apple introduced the iPad, it threw the competition for a loop. They didn't know how to compete with it. Apple was on a roll with the iPhone gaining steam, they had iTunes and the App Store. Microsoft was lost and Android was struggling on smartphones at the time. Apple's iPad swept the globe almost competitor free. Even Samsung copying Apple's iPad was of no consequence. Hardware mimicry wasn't enough to topple the iPad.

Now Asian OEM's, even though they're certainly latecomers, believe that Microsoft's recent success with their 2-in-1 Surface Book has encouraged them to regroup and attack the iPad using this strategy. Not as a pure tablet but as a hybrid device.

Many are rethinking the tablet market after giving up. They see the hybrid as their way back to grab market share from Apple. Collectively they think that they'll be able to kick Apple off their perch as the dominant number one tablet player.

They think hybrid notebook-tablets with Windows 10 instead of Android OS is the way to challenge Apple. Hybrids with Windows can be taken seriously in the enterprise, schools and with consumers.

In the global tablet market, the leaders Apple and Samsung can't grow the tablet market. The tablet sector has hit a wall of resistance. Early adopters are rethinking the tablet versus a notebook for value which is why hybrids are attractive to some. They think the tablet is too restrictive and the notebook too business like. The hybrid offers them both worlds and more OEMs are considering jumping back in this market.

A new Korean report today notes that "As smartphone continue to take on larger and larger displays, tablets become less attractive. As a result, the third to fifth largest companies in the market are attempting to enhance designs and performances by expanding niche markets as much as possible to look for survival opportunities.

The 'two in one' trend was sparked off by Microsoft's Windows-based tablet Surface. It is said that surface sales are on a steady rise. According to market research firm Strategy Analytics (SA) and statistical data portal Statista, Apple and Samsung Electronics accounted for 19.9 percent and 14.1 percent, respectively of the global tablet market ​​in the third quarter of this year. The two were followed by Lenovo and Huawei with 5.8 percent and 5.4 percent, respectively.

Companies' shares of the tablet market have not changed much for a long time. Even if latecomers' market shares swelled, they lost their shares again after Apple and Samsung Electronics launched new tablets.

However, recently, the tablet market shows a sign of a change as the MS Surface, the leader among 'two in one' tablets, chalked up unexpectedly high growth. According to a sales report released by Microsoft, its tablet sales were US$926 million from July to September of this year, up 38 percent from US$672 million in the same period of last year.

'Microsoft is taking the initiative in making a change in the tablet market with the Surface Pros and the Surface Book,' said Peter King, an analyst at SA. 'Many PC makers are giving up Android-based tablets, and are turning their eyes to more productive and more versatile Windows-based ones.'"

Yet no matter how excited the competition is getting over Microsoft's hybrids having "booming" sales, they're still irrelevant against the iPad. Microsoft has yet to even crack the top 5 tablet vendors list worldwide. That's why I posted a report last month titled "Microsoft's Big Boom in Surface Sales Last Quarter still Miles from Relevancy in Comparison to Apple's iPad."

But perhaps it's the trend to keep our eye on going forward. If traditional OEM's dump Android for Windows in the coming year it could actually turn the tide for Microsoft and lead to more competition for Apple who just can't innovate enough to stimulate tablet growth.

But for now it's simple: It's another SWEEP! - for Apple. Apple is the hands down tablet champion in the world, and that is likely to continue in this current quarter. It's a string of victories as far as the eye could see.