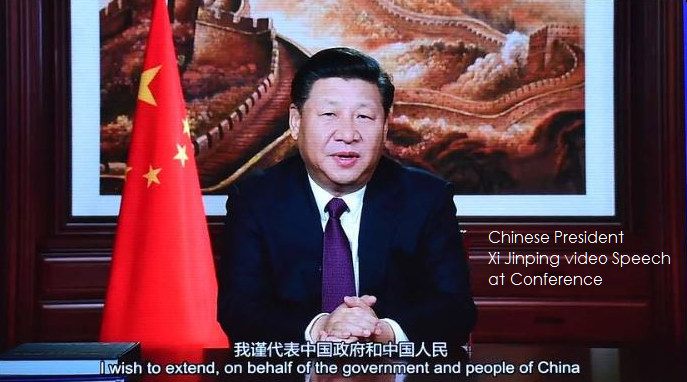 Early last week Patently Apple posted a report titled "Chinese Cyber Security Law goes into Effect in June 2017 that may Require Apple to surrender iOS Source Code." The report noted that China had green-lit a sweeping and controversial law that could grant Beijing unprecedented access to foreign companies' technology and hamstring their operations in the world's second-largest economy. The Cyber Security Law was passed by the Standing Committee of the National People's Congress, China's top legislature, and will take effect in June. Among other things, it requires internet operators to cooperate with investigations involving crime and national security, and imposes mandatory testing and certification of computer equipment. Companies must also give government investigators full access to their data if wrong-doing is suspected." Today at the Third-annual World Internet Conference in China, the Chinese government pushed forward their new agenda forward and echoed the basics of their upcoming internal security law.

Today's Wall Street Journal report notes that that according to Chinese officials "nothing outweighs national security interests, as defined by the country's top leaders.'

According to Bloomberg's report last week that "could mean technology companies will be asked to provide source code, encryption or other critical intellectual property for review by security authorities."

The WSJ report noted that on Friday that "Yu Weimin, vice president of Alibaba Group Holding Ltd added that 'The private sector must take on the responsibility and duty to fight terrorism.'

China passed a counterterrorism law in December 2015 that required tech companies to help the government decrypt data and provide other technical support to crack cases. Other recent laws require internet companies to censor false rumors and any content that could hurt national security.

Mr. Yu, a former official with the Ministry of Public Security, said that web companies are singularly equipped with the tools to sift through mountains of data that could be relevant to counterterrorism authorities, and should not hesitate to do so.

Alibaba now has about 3,000 of its nearly 50,000 employees involved in counterterrorism and cybersecurity efforts, he added."

The article further noted that the Chinese are cracking down on entertainment content. This is true. In June China's media regulator sued Apple over the rights to an obscure patriotic film. The New York Times posted a report in April of this year titled "Apple Services Shut Down in China in Startling About-Face." That move spooked Apple investor Carl Ichan to sell off his holdings in Apple.

So this isn't theory. A crackdown on tech companies has begun and while it began with entertainment content, it seems to be preparing to push harder leading to their demand for source code. And while Apple made it clear that they denied China of that code, the question will be, for how long?

Once China's new law kicks in next June, it could eventually lead to a showdown once an iPhone has to be opened in a terrorist case and Apple denies them the ability to search that phone. More than likely, China will line up a case very quickly to establish that law isn't going to tolerate cute political excuses from tech companies, especially from foreign tech companies.

With China's smartphone makers like Huawei and Oppo now topping the smartphone vendors in China, throwing Apple and Samsung under the bus will be of no consequence to China. Apple's dependency on China will likely force Apple to comply or watch their leadership in the tech sector melt away in short order.

The WSJ report further noted that "U.S. tech companies have in many cases resisted cooperating with the government, saying free expression is guaranteed by the First Amendment of the U.S. Constitution and they should not be placed in the position of determining speech that crosses the line into posing a public threat.

Such qualms are rare in China. During one session at the conference, former Hong Kong police officer Kam Chow Wong took the stage and flashed pictures across the big screen behind him of Hong Kong pro-democracy protesters in 2014.

'These kind of people, once they are radicalized, they become the next generation of terrorists,' said Mr. Wong, who went on to describe how the protesters used Facebook and Twitter."

Wow, that must have been chilling to hear if you were a US tech company executive.

At the end of the day, you can feel a showdown on the way between the Chinese government and Apple. China has already asked for Apple's iOS source code point blank and they've had iTunes shut down over content issues.

While Apple may have shot down the DOJ and FBI's request for assistance in terrorist cases I don't think China will care if Apple doesn't want to comply. When they decide it's show time, Apple will have to either comply or be shut down.

Then again, China may decide to use their new law that takes effect next June as a bargaining chip with President elect Trump. We've already reported on this tactic on Monday in a report titled "Chinese State Publication Warns President Elect Trump that any Tariffs on Chinese Goods Would be bad News for Apple."

China has been roaring for years now that they're going to force tech companies including U.S. tech companies to comply with their need for tough national security. Now with their red line having been drawn in the sand for June 2017, I don't believe China will blink. Either they're the next world power or a paper tiger. Which will it be? I guess we'll see sometime in the second half of next year. 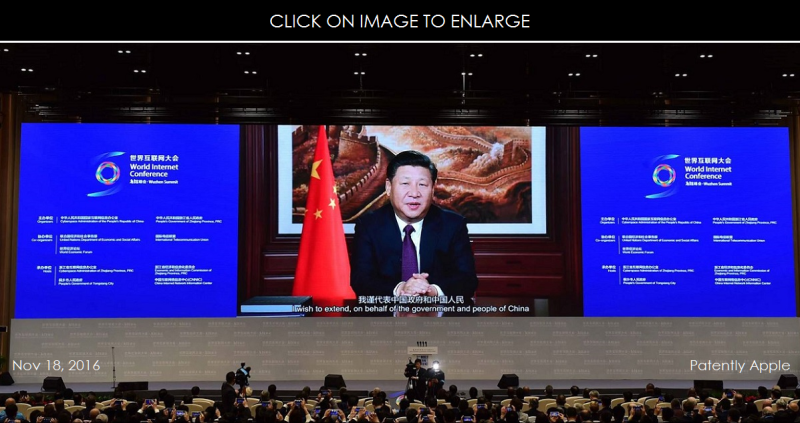