In July Patently Apple posted two reports regarding Samsung's obsession with bendable smartphones and/or foldable smartphones. Samsung has so many patents on this future direction for smartphones that our other IP site Patently Mobile created a dedicated archive covering all of their concepts. Apple's first patent regarding foldable smartphone form factors was discovered by Patently Apple in a European patent filing in 2013. We discovered a second patent filing in Europe regarding a foldable smartphone in 2014. Today we were surprised to find that Apple was granted their first patent covering a foldable and/or bendable future iPhone that was never published before as a patent application under Apple's name. Apple must have kept it secret by filing it under their engineer's names and not under Apple to avoid detection. As another example of this tactic, here's an Apple engineer who filed a patent under his own name and Apple isn't yet shown on the filing publicly. When filed like this, no one can do a search on Apple patents and find it. It stays 'hidden' on purpose until it's granted because at that point Apple has to take possession of it. In this patent, Apple reveals the possible use of carbon nanotubes to facilitate their new smartphone form factor. 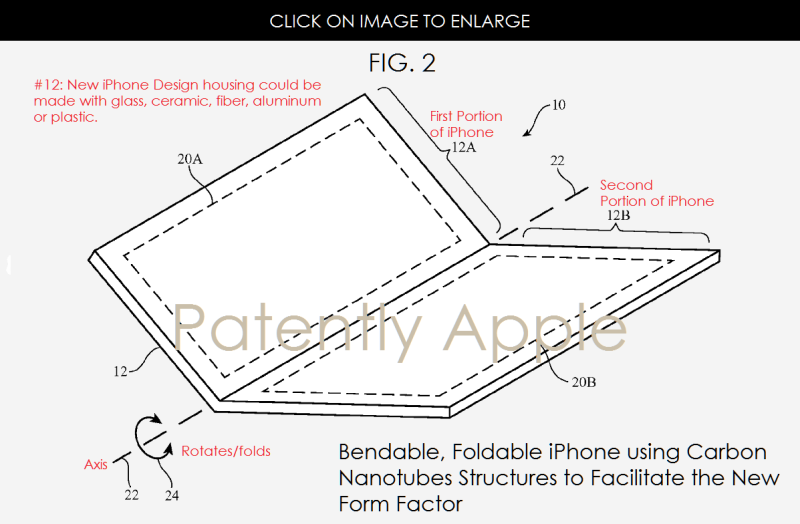 Apple's patent FIG. 2 noted above is a perspective view of an illustrative electronic device such as a future iPhone that bends along a flexible portion such as a flexible seam associated with a hinge.

Apple notes in their granted patent that one of the materials that could be used in this foldable/bendable iPhone form factor is ceramic. The first time that Apple considered this material for a future iPhone was discovered and published in our September 2016 patent report titled "Revealing Apple Patent Covers Ceramic Apple Watch and All-New Ceramic iPhone."

Conductive carbon nanotube paths can form signal paths that are flexible and resistant to cracking. 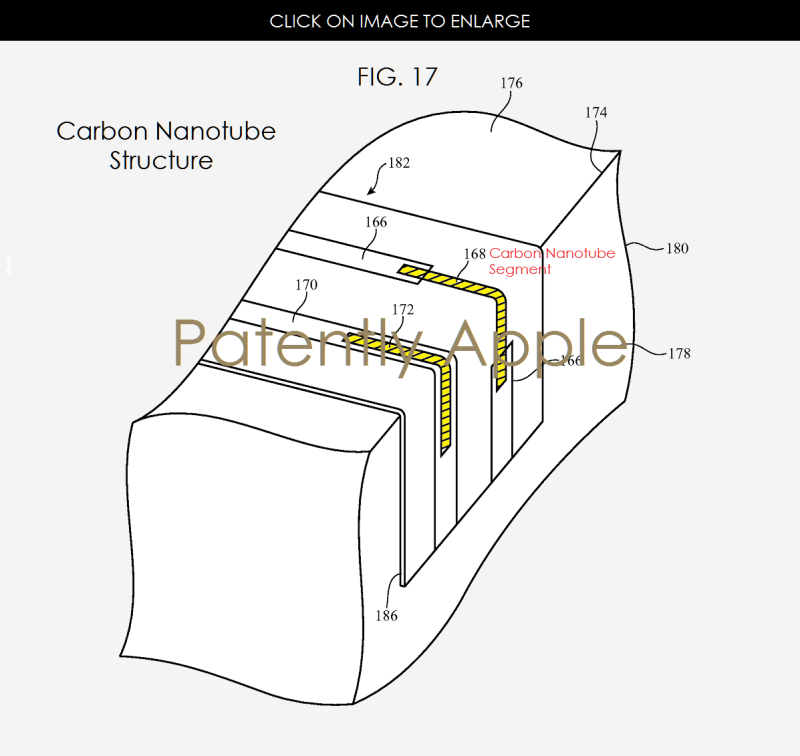 In the example of FIG. 17, carbon nanotubes #172 form a line segment that covers metal signal line #170 in a portion of the line that crosses over bent edge #174 of the support structure and the corresponding bend in flexible polymer layer. Configurations of the type shown in FIG. 17 may be used to allow signal lines to traverse a hinge or other flexible joint as illustrated in patent FIG. 2 above. 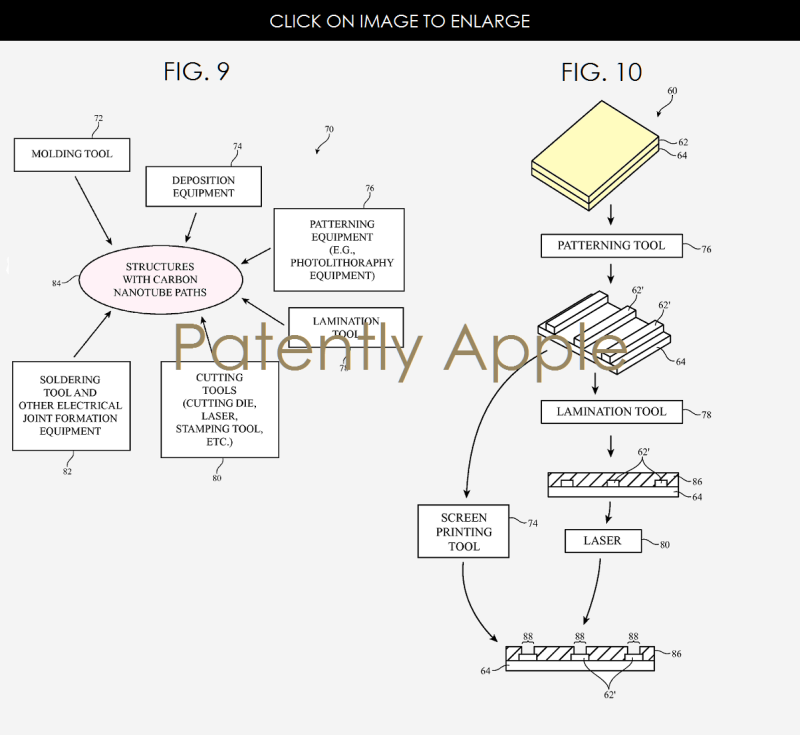 II just wanted to take a moment to thank the many Twitter fans who supported this report.

Clarification to a few who are very confused: A flip phone folds vertically. A notebook folds horizontally. Apple's patent is not for a flip phone.