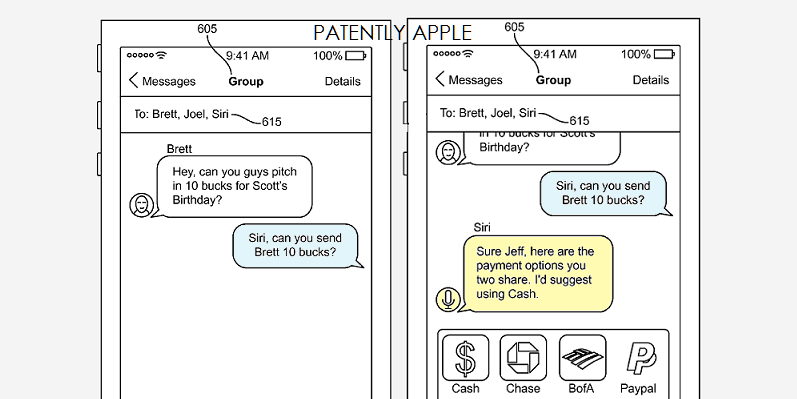 Back in 2015 Patently Apple posted a report titled "Apple Working on new Apple Pay Wallet service for Person-to-Person Financial Transactions." The idea was to allow two individuals that use Apple Pay to be able to make person-to-person payments. Today we learn that Apple is contemplating the use of Siri within iMessage to simplify transactions between two Apple Pay users. In the dialogue shown in the graphic collage presented below we're able to see one iPhone user asking Siri to send his friend $10 and Siri pops up and responds with "Sure, here are the options that you two both share." The user chooses a payment option and then uses touch ID to verify the amount to be sent off instantly. 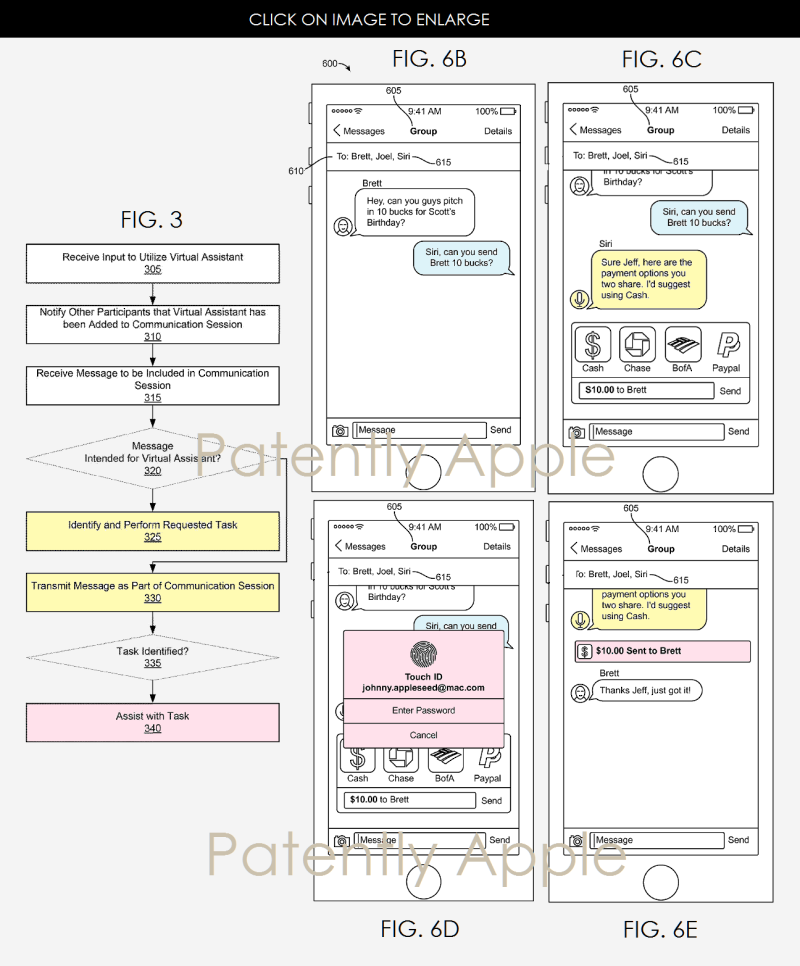 Now for the good news. It's already in place with iOS 10. You can check it out here. This is now a patent fulfilled. 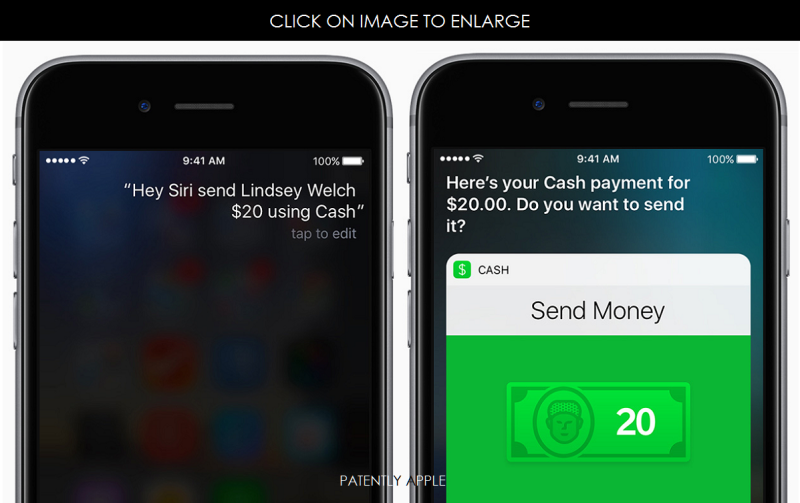 You could check out Apple's patent figures here to see two additional non-financial examples of using Siri with an iMessage conversation.

In Apple's patent FIGS. 4A-4F you could follow a conversation in progress of friends wanting to meet. One asks Siri how long it would take his friends to reach him at the restaurant he's at. Siri calculates the distances and reports back.

In Apple's patent FIGS. 5A-5D a friend within an iMessage thread asks Siri to check all of their respective calendars to see when all of their calendars are free to meet for lunch. Siri calculates the dates and sends a list to all parties.

Apple's patent filing 20160335532 was made in Q2 2015. Considering that this is a patent application, the timing of such a product to market is unknown at this time.