In an exclusive interview with ABC News in September, Apple's CEO Tim Cook told reporter Roberts that AR "gives the capability for both of us to sit and be very present, talking to each other, but also have other things -- visually -- for both of us to see. Maybe it's something we're talking about, maybe it's someone else here who's not here present but who can be made to appear to be present. There's a lot of really cool things there." Cook added that "Augmented reality will take some time to get right, but I do think that it's profound." While Cook's enthusiasm for future AR applications sounded interesting it was definitely vague at best. But if anything, Cook focused on an example of two people communicating with each other face to face and visually sharing 'something' that is virtual to enhance a conversation. Well today, the US Patent & Trademark Office published a patent application from Apple that reveals a virtual interaction notice board user interaction system that may shed a little light on a possible future AR user experience on our televisions via Apple TV. 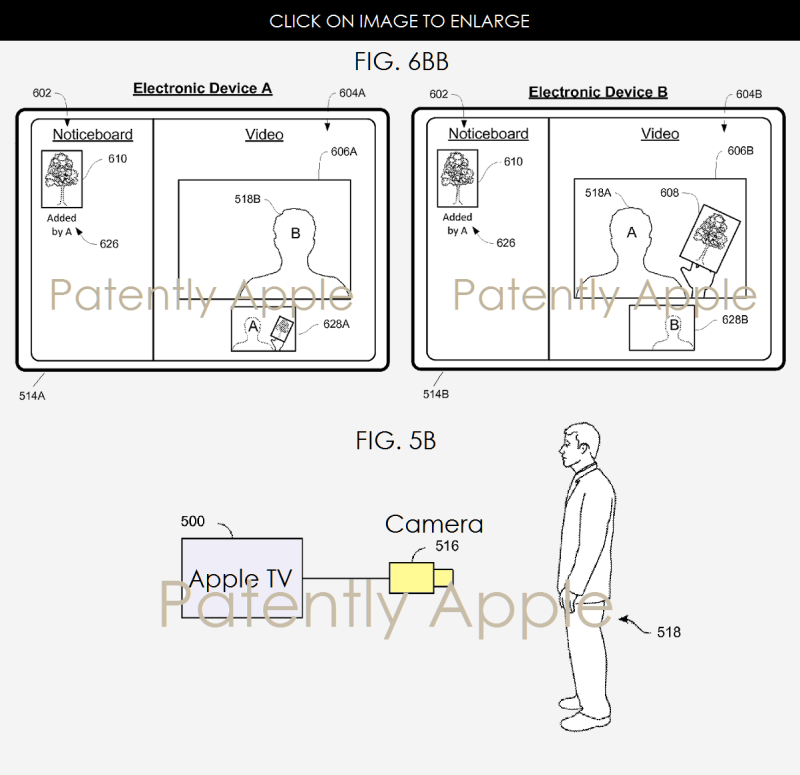 Technically Apple notes that in some embodiments, the camera corresponds to optical sensors such as a red-green-blue (RGB) image sensor, a depth image sensor, and an infrared (IR) image sensor. Apple further notes that an air gesture input can be detected by the optical camera coupled to Apple TV.

More specifically Apple notes that "air gesture inputs are optionally received by the electronic device to reject, add or replace images. The air gestures include a person raising their hand with their palm facing the camera, moving their hand up, down, left and/or right. 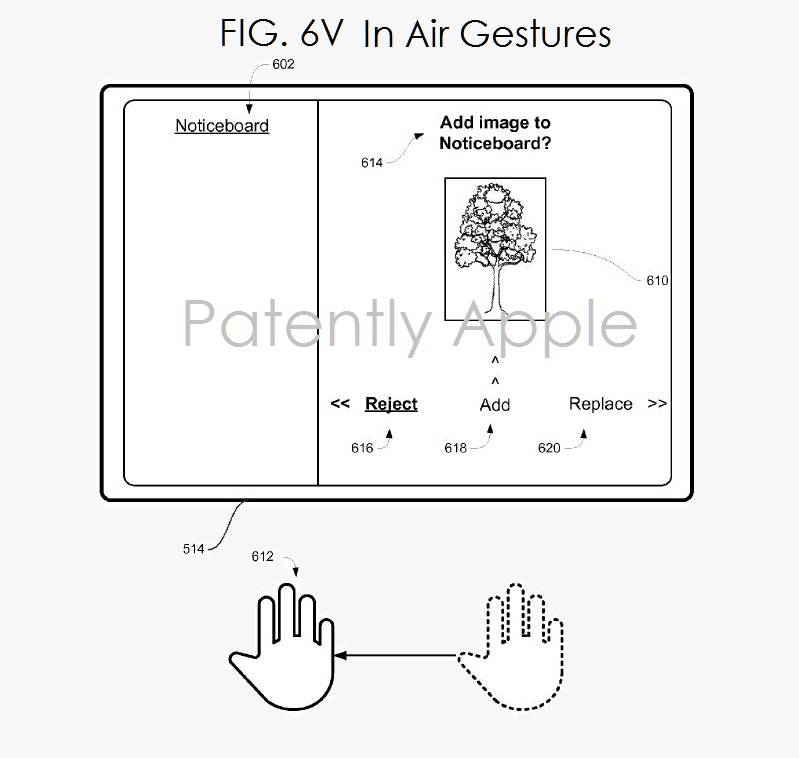 The camera system allows users to hold items up to be scanned into the system so that they could be shared with those you're video chatting with. Once scanned the item or photo could be sent to the receiver's virtual noticeboard.

This is a perfect vehicle for Apple's future Augmented Reality technology to be applied and it fully supports what Tim Cook described about AR on ABC News earlier this year.

System Overview in a Glance 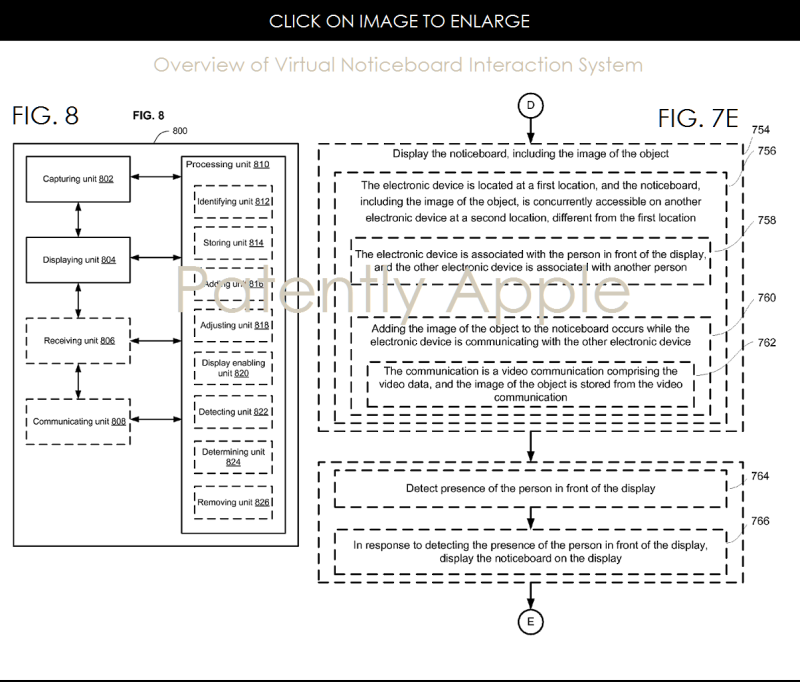