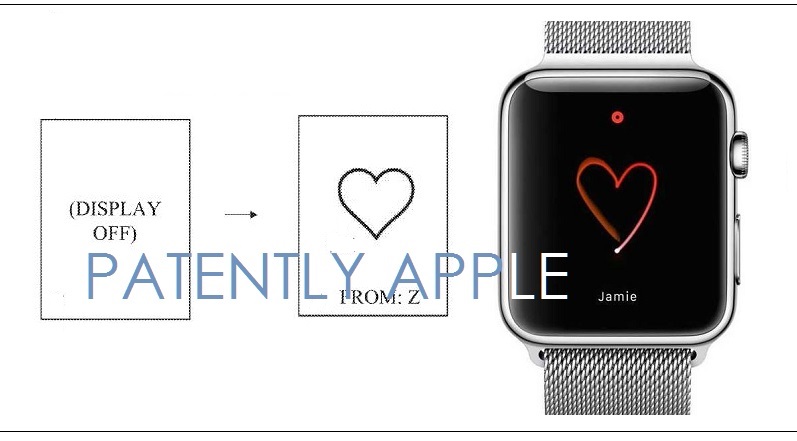 The U.S. Patent and Trademark Office officially published a series of 63 newly granted patents for Apple Inc. today. In this particular report we cover a design patent for Apple Pencil, Augmented Reality for Maps which led to the turn-by-turn feature and Apple's Digital Touch for Apple Watch as noted in our cover graphic. We wrap up this week's granted patent report with our traditional listing of the remaining granted patents that were issued to Apple today. 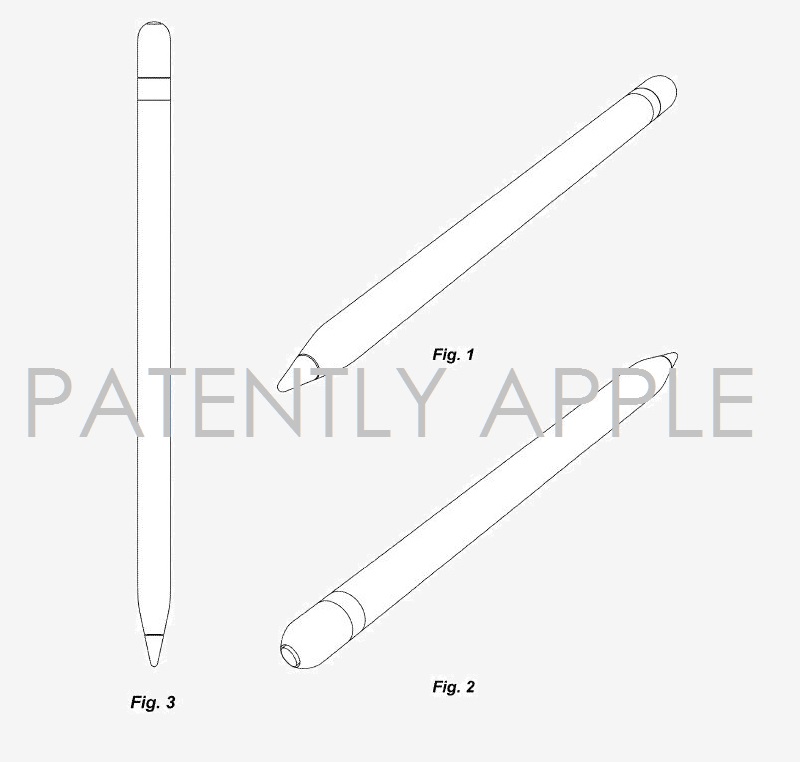 Apple's newly granted patent 9,488,488 covers their invention related to searching for nearby points of interest, and more particularly to displaying information related to nearby points of interest overlaid onto a video feed of a surrounding area. It was the foundation for turn-by-turn instructions. Apple's patent claim #6 states: "wherein turn arrows are overlaid onto the captured image to indicate upcoming turns in the route as the user travels along the route."

One of Apple's first augmented reality patents were filed for back in 2010. Patently Apple first covered today's granted patent back in August 2011 under a report titled "Apple to Advance their 'Maps + Compass' Feature with Augmented Reality." For more details see our original report here. 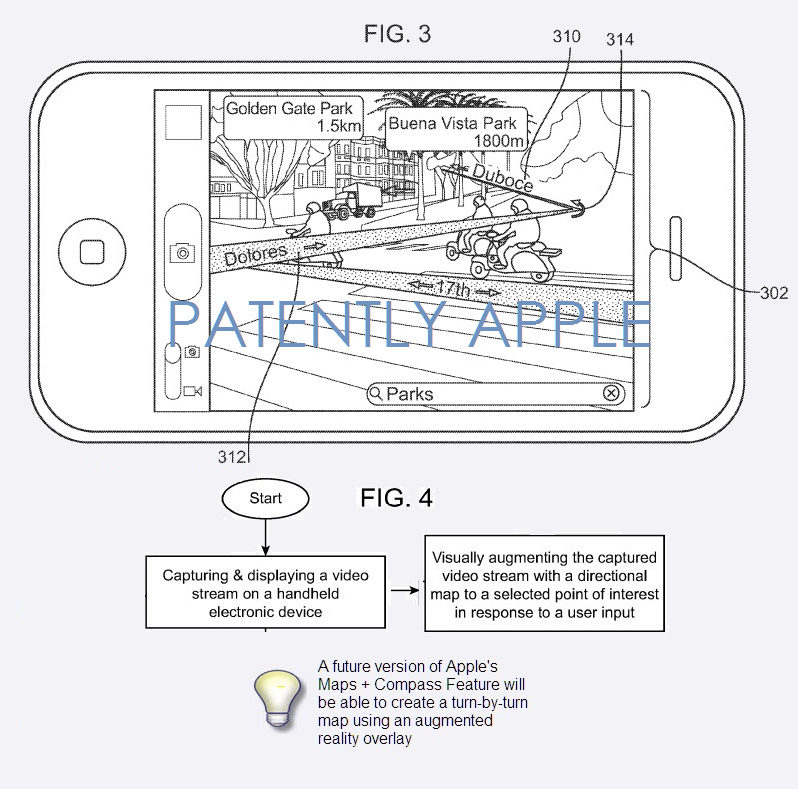 The added note to FIG. 4 about a future feature has obviously come to life with Apple Maps. 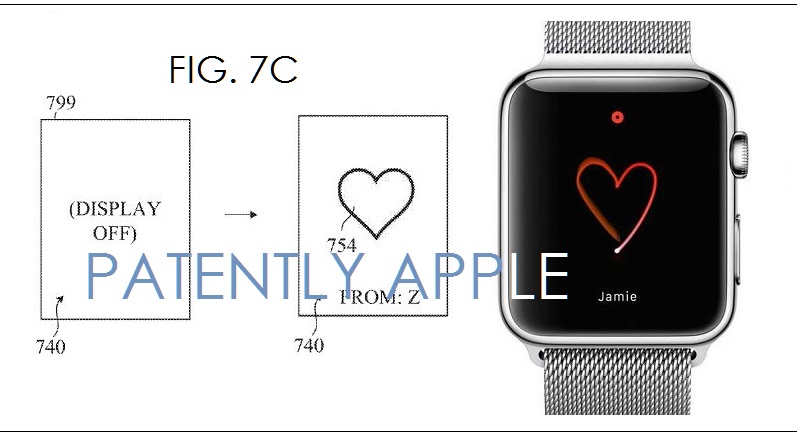 Apple's newly granted patent 9,488,488 titled "Electronic Touch Communications" coves Apple's Digital Touch for Apple Watch. With Digital Touch, you can send sketches, taps, your heartbeat, kisses, and more from your Apple Watch to your friend's Apple Watch or iPhone with iOS 10 or later.

Apple notes in patent FIG. 7C above that while the drawing area is displayed, user input in the form of a swipe is detected. The transmitted data provides an indication to the external device [Apple Watch] to generate an image such as image #754 above. 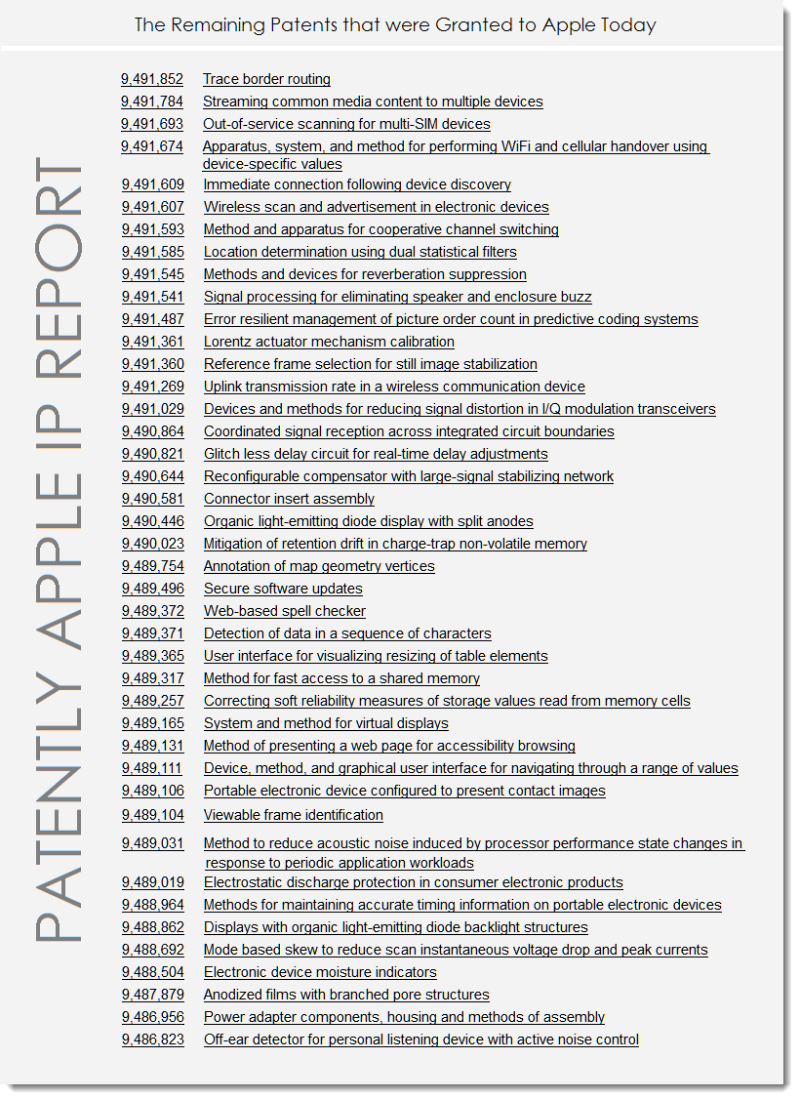