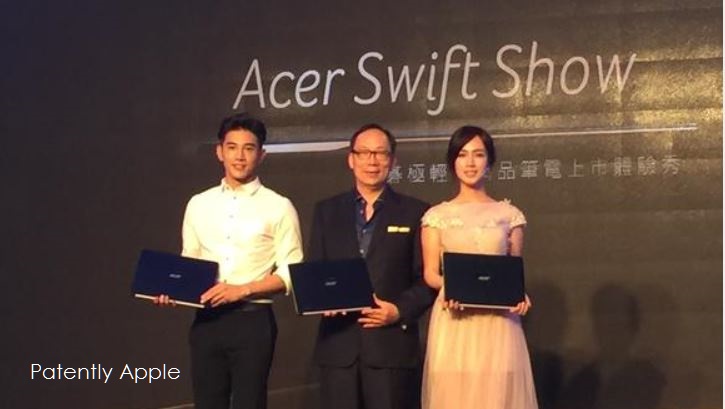 Last month Patently Apple posted a report titled "Apple the only Major PC Company to have Negative Shipments in the U.S. and Worldwide for Q3." The thinking was that once Apple updated their PC line-up sales would rebound and Apple's standing in the PC market would once again rise. The problem is that Apple only updated their MacBook Pro with updates to Mac desktops being delayed to sometime in the first half of 2017 when Intel finally releases their 7th generation Core processors. Secondly, the MacBook Pro is more expensive than expected and for countries outside the US, such as Canada and the UK, the MacBook Pro is out of reach for most because of the strong U.S. dollar. Macworld noted today in their review of the MacBook Pro that two things stood out. "The Touch Bar looks lovely and, ouch, the price tag is steep." Yesterday Acer unveiled their new notebook line-up and basically thanked Apple for their steep price that would help them in the market over the holidays.

It was reported today in Taiwan that "A senior executive at Taiwanese PC maker Acer on Tuesday suggested Apple's pricing strategy for its latest notebooks could benefit the industry's 'Wintel' camp. With the spread of smartphones eating into their sales, PC brands could use the boost."

Dave Lin, president of Acer's Taiwan operations, told reporters during a launch event for his company's own new notebook in Taipei that "Apple's new MacBook Pro is way too expensive -- it's really not affordable for ordinary users."

Acer claims its new Swift 7 notebook, priced at US$1,360, is the world's thinnest laptop in the 13-inch-screen segment. "We aim to overtake Apple and return to be a top-five PC brand [by shipments] next year," Lin confidently said.

Of course by shipment stats alone, that could very well occur, but in terms of profits, Apple will probably crush most PC vendors as always.

In fact, Vincent Chen, head of regional research at Yuanta Investment Consulting, supports this view wholeheartedly by stating that "Apple is trying to focus on the high-end PC and smartphone market. Apple's MacBook Pro is synonymous with Hermes or Chanel in the PC market," Chen said. "Apple no longer wants to compete with any of the low-to-mid priced PCs in the market."

Chen added that "Apple's main strategy has shifted to generate more income from services rather than selling more hardware products."

Jessica Hsu, an analyst at Market Intelligence & Consulting Institute, echoed Chen's view and suggested Apple is not as fixated on market share as other PC makers.

Finally some market analysts are starting to see the value in making money instead of playing the volume game that the likes of IDC and Gartner love to play up as to what makes a leader in any given product category.

Yet with that said, the general opinion thus far on the net is that the MacBook Pro may be worth the price, but customers, especially outside of the U.S, may find it realistically out of reach for this year. 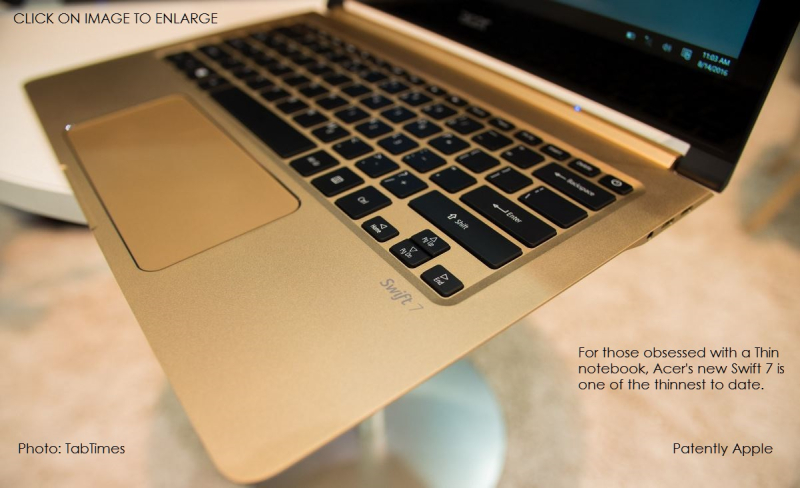 And one more thing: Beyond the price issue, it must be said that there's a lot of anger in the Pro Mac Community. This morning MacRumors posted a report titled "Professional Mac Users' Complaints List Grows After 'Disappointing' Apple Event."

The MacRumors report notes that "Over the weekend evidence mounted of a backlash within sections of the online Mac community in response to Apple's latest announcements. In a blog post on his site titled "New MacBook Pros and the State of the Mac", developer Michael Tsai collated and linked to the most commonly aired grievances. The post has since become a common point of reference in the blogosphere for negative sentiment toward Apple following last week's event." For more on this, read the full report here.