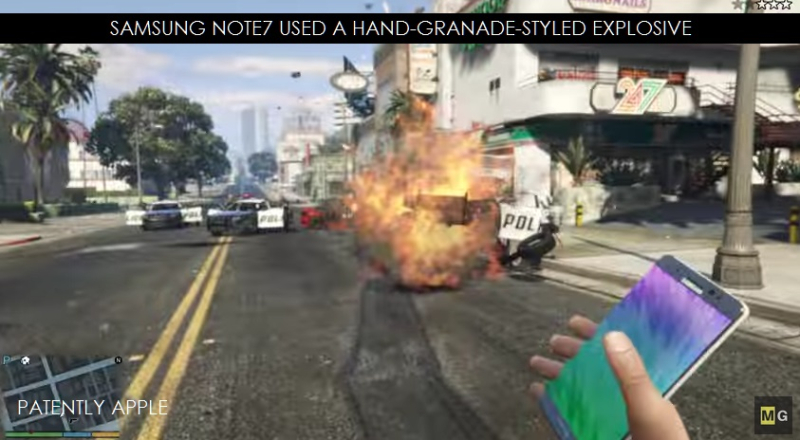 Samsung is racing to block online videos parodying its disastrous exploding Note7 handset, issuing claims against YouTube channels that show the phones being used as weapons in a modified version of Grand Theft Auto as presented below. Before it's removed, hurry to email your friends telling them to check out this video.

The Korean company, which was forced to discontinue the Note 7 last week after multiple phones exploded, has asked YouTube to remove videos on copyright grounds.

The video displays a modification to GTA V that turned the explosive 'sticky bomb' weapon into a Samsung phone / Note7 as noted below.