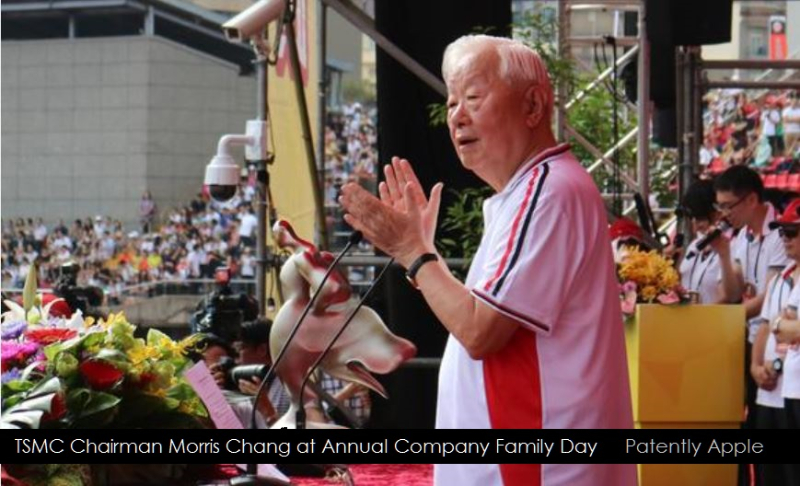 The founding chairman of Apple's chip supplier TSMC (Taiwan Semiconductor Manufacturing Co.) said during a recent event that he's bullish over future sales growth for his firm while confirming his company had a monopoly over chip manufacturing for Apple's current smartphone range. Chang also couldn't pass on taking a stab at his competitor Samsung by stating that "It's really bad that Samsung has not yet found out the real cause of the explosion. I think it's terrible because it's a reliability issue … "

A Chinese report states that Morris Chang noted last Saturday that TSMC's leading edge in chip technology would allow it to keep a dominant share of the chip manufacturing market over rival Samsung Electronics, which is currently embroiled in a PR crisis over its Note 7 safety recall.

Samsung claimed earlier this week to have become the first company in the world to produce cutting-edge 10-nanometer chips, a claim Chang disputed during a press conference at his company's annual sports and family day.  "We have already begun churning out advanced 10-nanometer chips... I think our schedule is definitely ahead of Samsung," Chang said.

Observers believe Samsung lost chip orders to TSMC for Snapdragon 830 smartphone processors, manufactured by U.S. mobile technology firm Qualcomm, due to technical issues with its own 10-nanometer chips. Though others think Qualcomm is thinking of using TSMC for 7nm processors next year.

Samsung and TSMC shared chip orders for iPhone 6s series, but Chang confirmed Saturday that his firm had a 100% share of Apple's current generation range.

Market watchers have long speculated that Samsung lost orders for the iPhone 7 after reports its chips were not as powerful as those produced by TSMC.

The Chinese report concluded by stating that "It is also expected that TSMC will continue its monopoly on processor chips when the iPhone 8 range is launched next year."