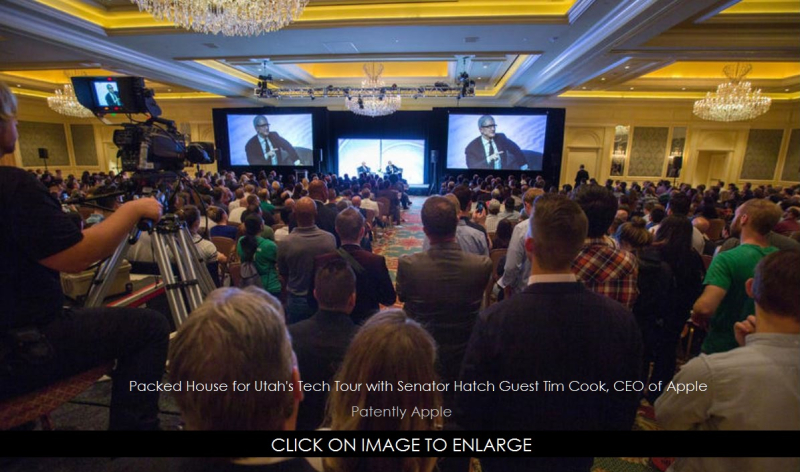 We reported on Thursday that Senator Hatch would be hosting Apple's CEO Tim Cook in a special Q&A session on Friday at the Grand America in Salt Lake City. As noted by our cover graphic, the Imperial Ballroom was packed to hear Tim Cook speaking. Desert News Utah reported late yesterday that "To many in the tech world, getting a glimpse of Apple's CEO is akin to music fans seeing their favorite rock star. To millions around the world, Apple CEO Tim Cook is the rock star of tech — the living embodiment of success and innovation."

Considering that Apple has 50,000 registered iOS developers in Utah it was no wonder why the crowd was so enthusiastic to hear Cook talk. One of the topics Cook delved into was privacy.

Cook talked up the promise of the emerging field of augmented reality, underscored digital photo technology's importance to personal memories and described lasting impacts on Apple from its legendary Apple founder Steve Jobs. 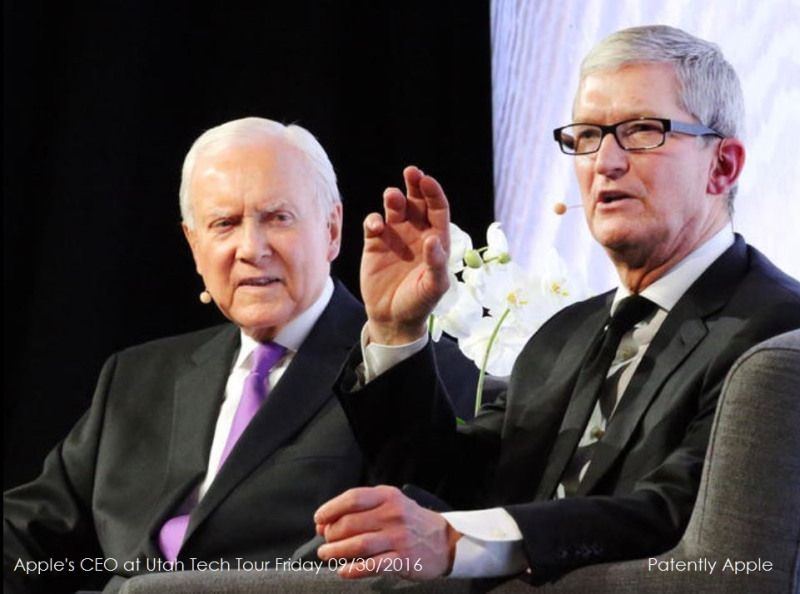 On a personal note, Cook said that 'I never thought it possible.' But he received the 'call of a lifetime' from founder Steve Jobs in early 1998. 'Five minutes into the discussion with him, I wanted to throw caution to the wind and join Apple,' Cook said. 'And it was the best decision I ever made.'"

When asked about the future of encryption as it relates to maintaining privacy of digital communication, Cook said his company is dedicated to keeping their customers' information as safe as possible from hackers and also from government intrusion.

"This is one of the biggest issues that we face," Cook said. "Encryption is one of the things that makes the public safe. We believe the only way to protect both your privacy and safety from a cyberattack is to encrypt."

Most of what Cook spoke about has been covered a million times before, but if you want to read up on it all, then check out the reports from Desert News Utah and The Salt Lake Tribune.