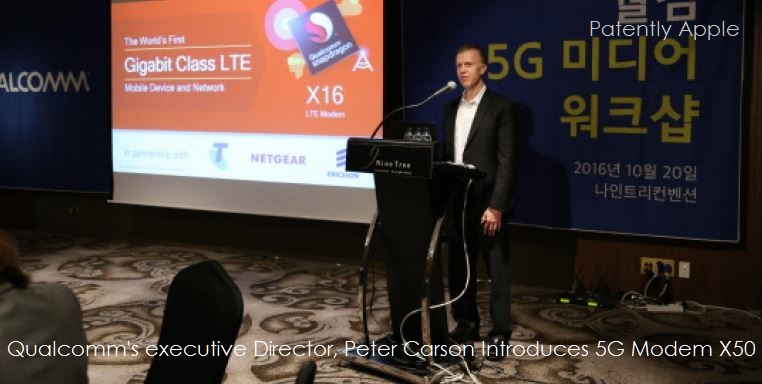 It was reported in South Korea late yesterday that next generation smartphones with speeds that are five times faster than those of current models may arrive as early as 2018 in South Korea. Qualcomm Technologies introduced its first 5G modem in a meeting with reporters at the Nine Tree Convention in Seoul last Thursday.

The 5G modem chipset X50 unveiled by Qualcomm is the first commercial model that can realize 5G technology on smartphones. The technology was based on technological standards of Korea's KT and America's Verizon.

In the future, it will be installed in smartphone APs and applied to various terminals such as smartphones and tablet PCs. It is expected to fuel major producers' development of 5G terminals.

The Korean report further noted that "The X50 5G Modem is engineered to support unprecedented download speeds of up to 5Gbps. Taking into consideration the fact that it takes about 10 to 15 seconds to download a 1.5GB film at the speed of 1Gbps, a terminal loaded with the X50 is able to download the film within two or three seconds.

Qualcomm is planning to supply X50 samples in the second half of next year and begin to commercialize them in the first half of 2018. It is highly likely that the X50 will be applied to premium smartphones such as the Galaxy S9 of Samsung Electronics and the G7 of LG Electronics that will be launched in 2018."

While the South Korean tech press is naturally pumping up Samsung and LG having 5G modems in their smartphones in 2018, it's highly probable that Apple's 2018 iPhones (and iPads) will be equipped with this next generation of 5G modems in that country as well. In fact any smartphone OEM wanting to compete in the South Korean Market in the 2018-2019 time line will have to support 5G modems.

The arrival of 5G networks in the U.S. will be arriving a little later. Some schedules roughly point to the 2019/2020 time line as the one below relating to the ITU and 3GPP standards groups. 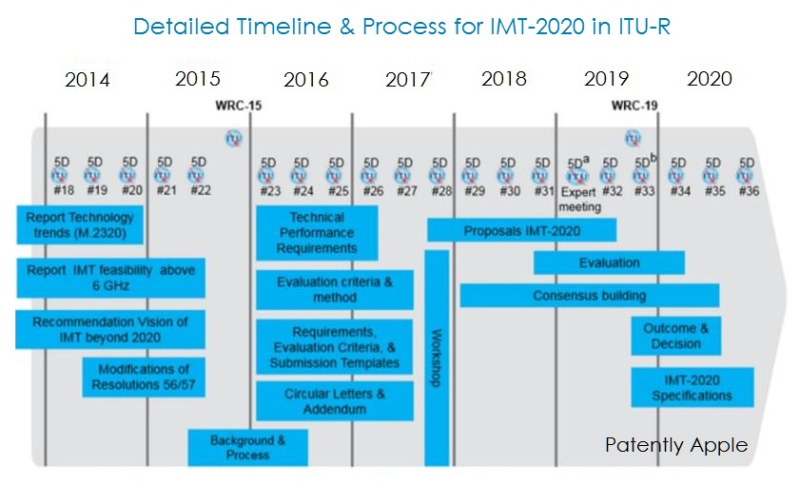 AT&T's 5G Roadmap that was published in February states that "Technologies such as millimeter waves, network function virtualization (NFV), and software-defined networking (SDN) will be among the key ingredients for future 5G experiences. AT&T Labs has been working on these technologies for years and has filed dozens of patents connected with them."

AT&T's Roadmap further notes that "Customers will see speeds measured in gigabits per second, not megabits. For reference, at one gigabit per second, you can download a TV show in less than 3 seconds. Customers will also see much lower latency with 5G. Latency, for example, is how long it takes after you press play on a video app for the video to start streaming on your device. We expect 5G latency in the range of 1 to 5 milliseconds."

AT&T expects "New experiences like virtual reality, self-driving cars, robotics, smart cities and more are about to test networks like never before," said John Donovan, Chief Strategy Officer and Group President, AT&T Technology and Operations. "These technologies will be immersive, pervasive and responsive to customers. 5G will help make them a reality."

This is likely the time frame that Apple is aiming to introduce Augmented Reality (AR) into iDevices and the Mac. Apple's CEO has recently been enthusiastically talking up AR (see reports one, two and three) while their VP of product marketing Greg Joswiak has been talking up Smart Home Building. Both of these application categories are listed (see red stars) on ITU's enhanced 5G mobile broadband charts below. Now we have a context for why Apple is starting to talk these applications up. As we get closer to 2020 we're bound to hear much more about these apps. 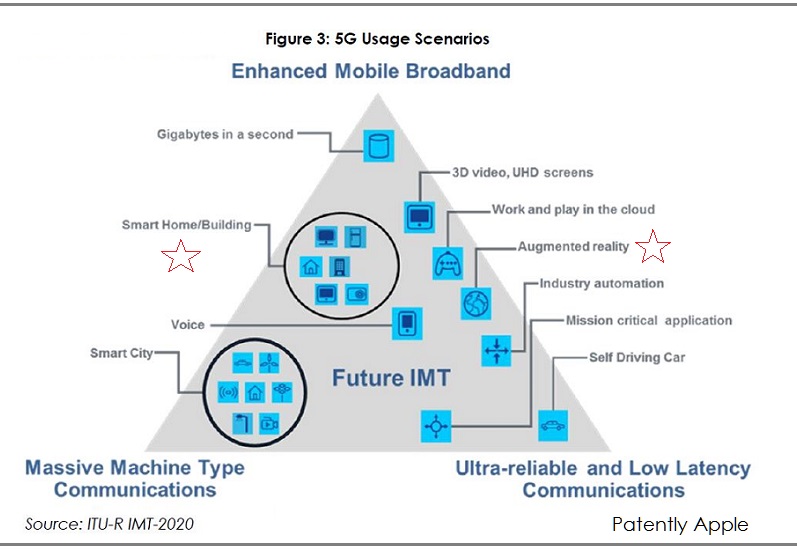 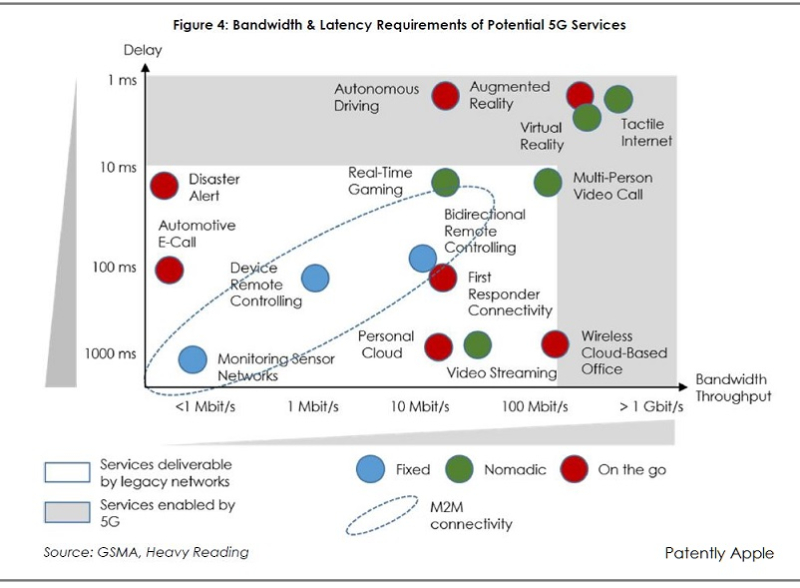 With South Korea likely being the first geographic region to experience smartphones on 5G networks, Apple iPhone fans in Korea are likely to be the first to experience Apple's next-gen services designed specifically for 5G networks. This is probably why we're just beginning to hear about Apple scouting for a flagship Store location to be ready for that time frame.