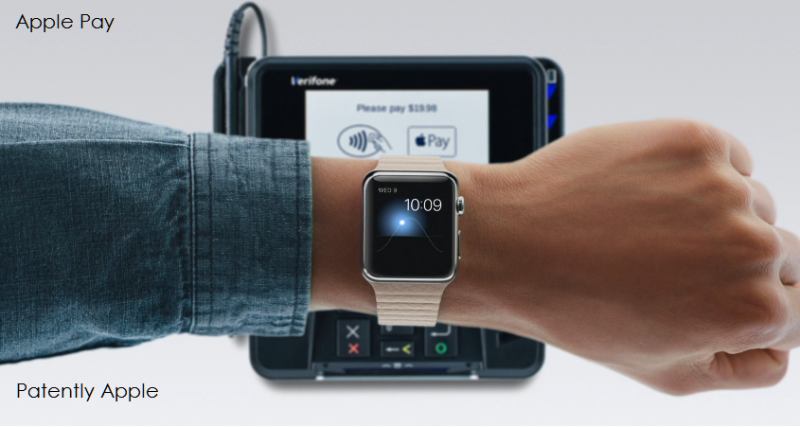 In August Patently Apple posted a report titled "Apple Tells Australian Commission that Three Top Banks are in a Cartel to Dictate Terms for Apple Pay." In July Australia's three biggest banks, including no. 1 lender National Australia Bank, said they had lodged a joint application with anti-trust regulators seeking approval to collectively negotiate with Apple to install their own electronic payments applications on iPhones. Then in August Apple launched a blistering attack on three of Australia's big banks, saying their request to collectively negotiate over digital wallet access to the iPhone will compromise the handset's security, reduce innovation and blunt Apple's entry into the payments market in Australia. In September Patently Apple posted another report titled "Korea's Financial Tech Firms Unite to File a Complaint with the Fair Trade Commission over Apple Pay." Today, ten Financial Tech (Fintech) companies in Korea are stepping up their war against Apple by moving to sue in the hopes of stopping Apple Pay before they're all driven out of business.

These Korean Fintech companies fell asleep at the wheel while Apple introduced their revolutionary Apple Pay, succeeding where others failed miserably trying to get consumers to adopt and electronic wallet. These same Korean Fintech companies didn't try to work with Samsung to compete against Apple. No, these whiners want to get the government's long arm to stop Apple's innovation. A cowardly approach that they should be embarrased to proceed with, but will with every once of their collective wallets spend the money to lobby and sue Apple.

A new Korean report published this morning lays out the current situation. "Ten South Korean FinTech Companies such as Kore a NFC are planning to sue against Apple to Korea Communications Commission (KCC) for violating The Telecommunications Business Act as early as this week. These companies had finished up legal examination and saw Apple's act as an unfair act that limits users' free selections and uses.

These companies are also going to carry out surveys on users regarding NFC service that Apple provides and are planning to join forces with South Korean credit card companies.

According to financial industries and FinTech industries on the 3rd, South Korean FinTech companies held second meeting regarding Apple's operation plan on its exclusive NFC API (Application Programming Interface) and have agreed to sue against Apple to KCC.

A reason why they are bringing up problems against Apple is because Apple is using NFC technologies only for Apple Pay and many South Korean NFC payment businesses are taking blows as Apple is not introducing related API.

Beyond payment services, other services that utilizes NFC include verifications, public transportation services such as subways and buses, safe taxi services in Seoul Metropolitan City, National Police Agency's NFC report system, credit card companies' application cards and personal verification. However these services are not provided by iPhones since Apple is blocking them.

South Korean NFC companies have decided that this kind of act by Apple is completely violating certain revised plans of The Telecommunications Business Act's enforcement ordinance.

In revised plans of enforcement ordinance [likely designed specifically to fight Apple], it is written that acts that limit users' free selections or uses by being irrational towards companies that are trying to provide telecommunication services or levying differentiated terms or unfair limitations are not allowed.

'We are going to formally file a civil complaint to FCC and request an interview," said a representative for a participating NFC company. "Because enforcement of revised plans of The Telecommunications Business Act's enforcement ordinance is about to take place at the end of this month, we are planning to expand this unfair act by Apple as a national issue."

Participating companies are optimistic that KCC and other government departments are going to solve this problem as quickly as possible as soon as legal evidences are prepared. If KCC cannot provide solutions quickly, they are going to immediately file suits to Fair Trade Commission at the same time.

Lastly they noted that "While it is heard that Apple is providing transportation card function in Japan by partially providing NFC API, Apple needs to quickly provide NFC services to South Korea that possesses global public transportation infrastructures such as transfer discount system."

Patently Apple will stay on top of this story as it unfolds over the coming weeks and months to keep you informed. Yesterday Patently Apple posted a report titled "Fintech Australia Joins Stubborn Local Banks in Fighting Apple Pay's Closed Technology."

Is Apple Pay services proving to be a disruptive technology/innovation? I think that's quite obvious by the violent reactions to Apple Pay in most of Australia and South Korea. In contrast, Apple Pay is now operational in Russia as of this morning, coming to Japan later this month as well as New Zealand. Canada and the UK have worked with Apple to get Apple Pay introduced and London's transit system works flawlessly in the with Apple Pay. Apple lists all of the banks accepting Apple Pay in Canada, the US, Europe and Asia-Pacific here.