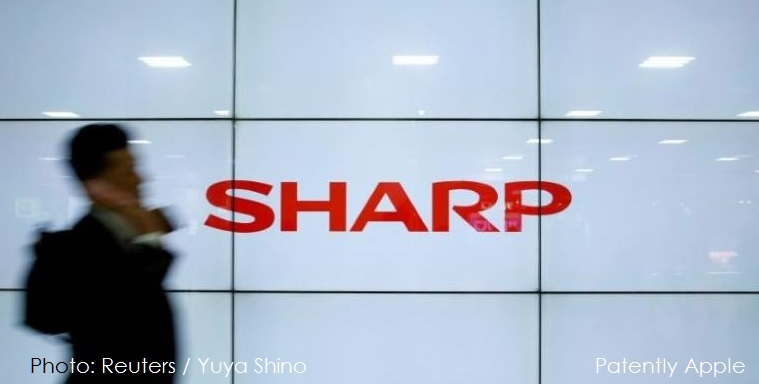 Sharp President Tai Jeng-wu, now an executive at parent company Hon Hai Precision has confirmed that Apple will transition to OLED displays over time. He confirmed Apple's display shift when delivering a speech at Tatung University, his alma mater, during a ceremony in which he was awarded an honorary doctorate degree (as noted the photo below). In his speech he noted that "We don't know whether Apple's OLED iPhones will be a hit, but if Apple doesn't walk down this path and transform itself, there will be no innovation." 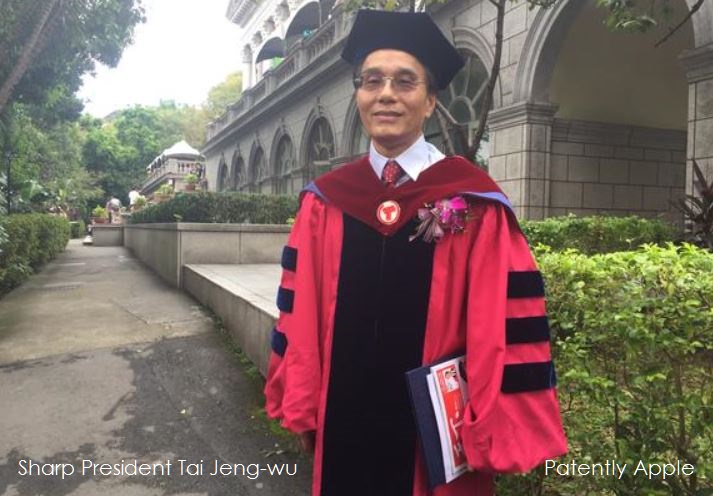 The next generation flexible OLED displays will allow Apple to invent iPhone displays that are curved or iPhones that could fold. Apple of course invented an iPhone display with curved edges back in 2012 before Samsung ever delivered such a design. For Apple's engineers, this isn't new. As for foldable displays, it's a concept that Samsung has been obsessed with over the years, and yes, Apple does have at least one invention covering such a device on record.

Interestingly, Tai did not specify when iPhone will start to sport OLED screens, but confirmed to reporters after the ceremony that Sharp was committed to developing OLED technology.

"We are now building a new [OLED] facility in Japan. We can make [OLED panels] in the U.S. too," he said. "If our key customer demands us to manufacture in the U.S., is it possible for us not to do so?"

The Nikkei Asian Review has reported in the past that Apple has tentatively planned three iPhone models for the gadget's 10th anniversary next year. A premium 5.5-inch handset is slated to have a curved OLED screen, while the other two products will stick with existing LTPS panels.

Tai was appointed president and chief executive of Sharp in August, soon after Hon Hai finalized its purchase of the century-old corporation. He is a close associate of Terry Gou, chairman of Hon Hai, which is also Apple's principal iPhone assembler.

For a little more background, in June Patently Apple posted a report titled "Apple Supplier Foxconn Surprises Market by saying that Sharp will begin Delivering OLED Displays Next Year," and in September another key report was posted titled "Sharp may Tag-Team with Japan Display to Enter Apple's OLED Supply Chain by 2018."