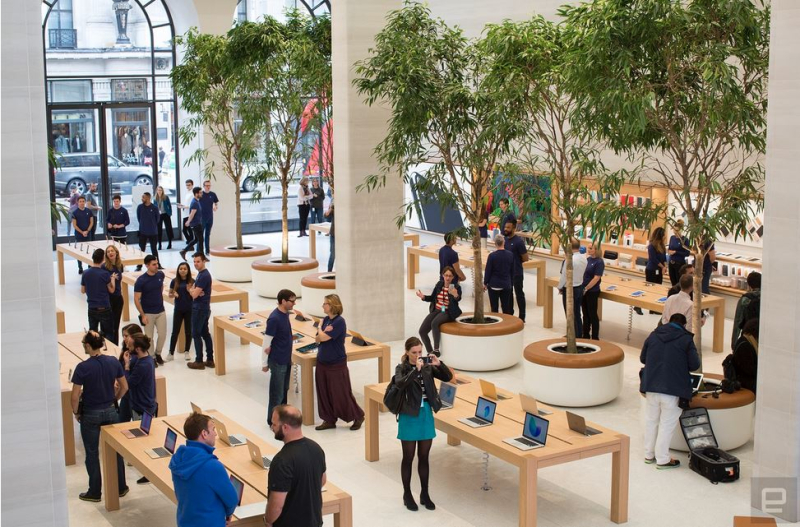 Apple's Regent Street Store reopens this Saturday with all of Apple's newest design features that were introduced back in May in San Francisco. Some of the features include The Grove which places local trees into the store. There's new shelving units and new tables and new private rooms like "The Boardroom" where businesses could be trained about iOS and all their hardware. Norman Foster's architecture firm Foster and Partners were tasked with renovating the 11,000 square-foot space. Below are a number of jumbo photos of the store and you can click on any of them to enlarge. 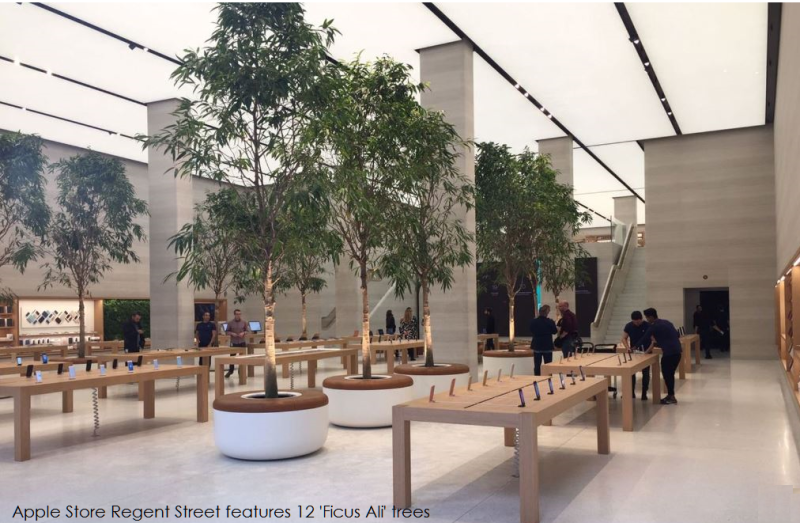 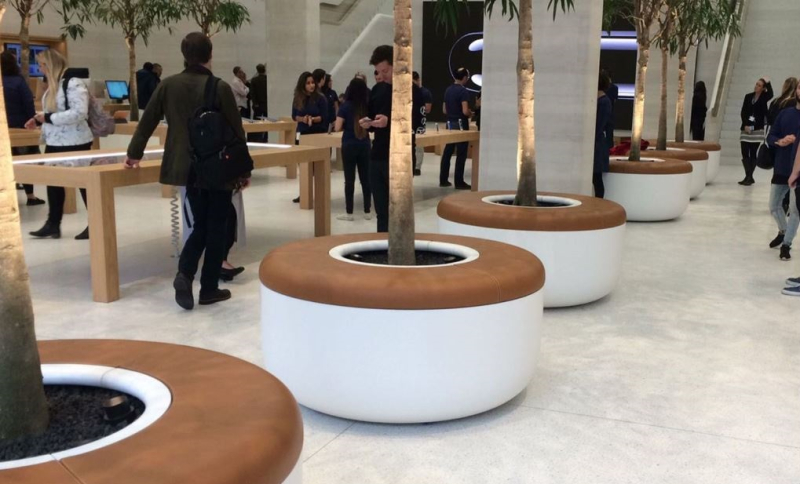 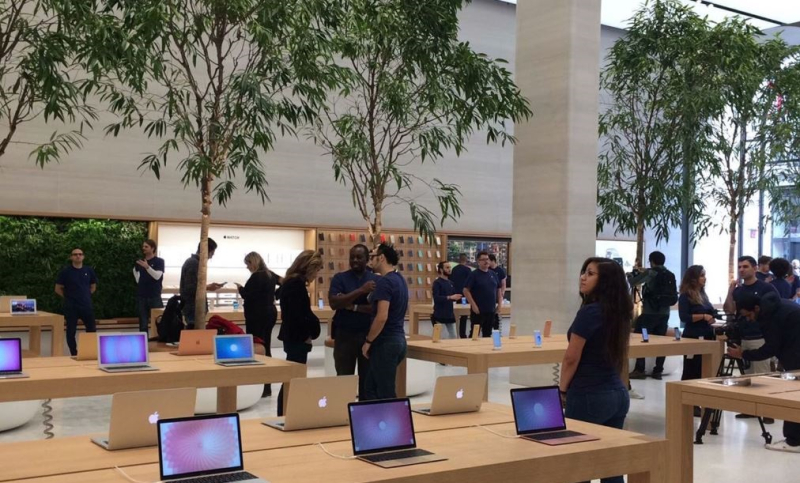 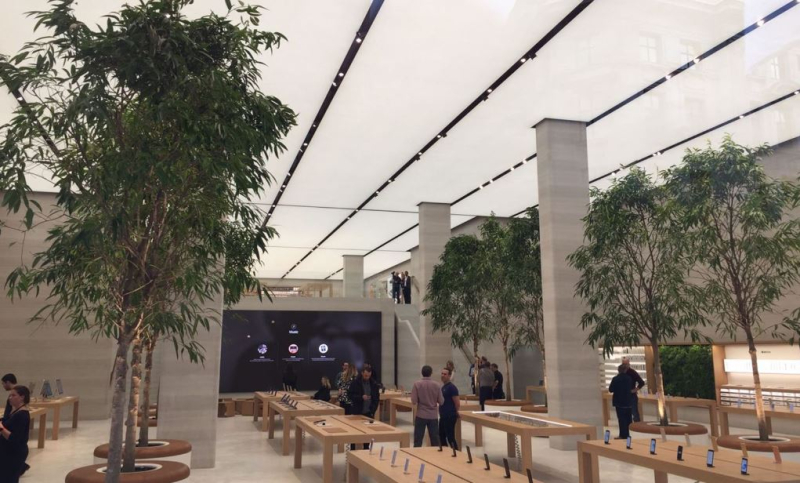 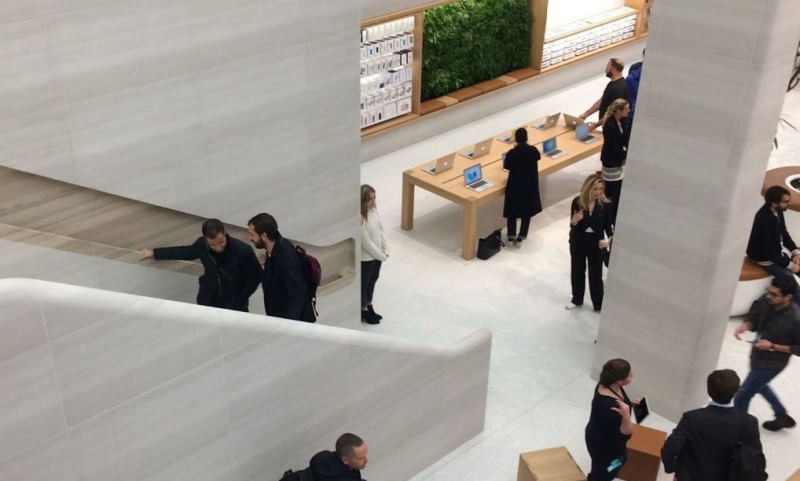 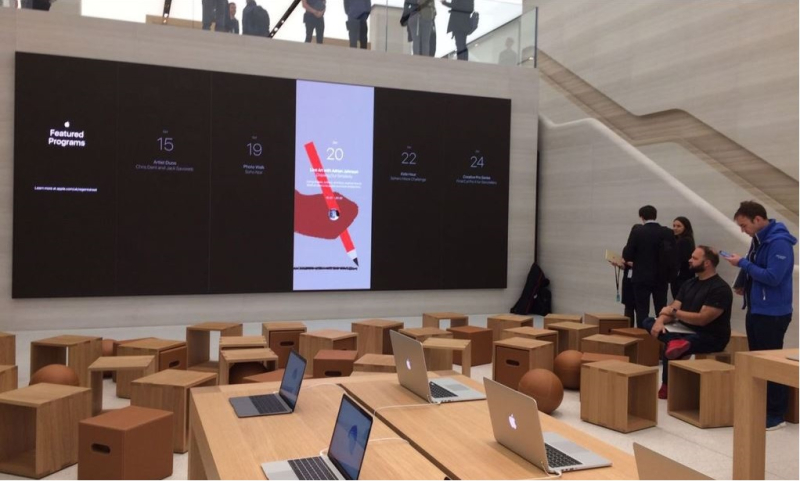 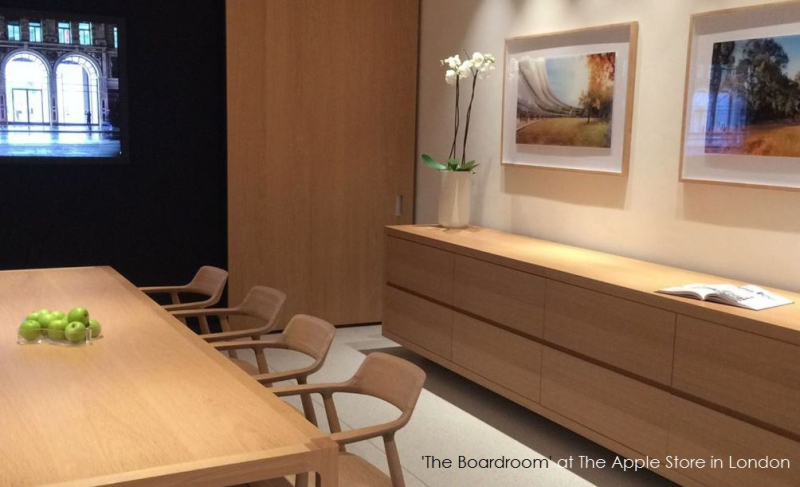 Regent Street was Apple's first ever store in Europe, opening 12 years ago. Since then, Apple has served over 60 million customers on the site, marking it as one of the company's most prized and lucrative retail sites.

Jony Ive spoke with Wallpaper design news last month and stated that "Like many great cities, London's historic architecture has great significance to the community. On Regent Street, we preserved the incredible exterior façade while opening up the interior of the store to enhance the transparency and flood the space with natural light. By choosing materials sympathetic to the historic nature of the building, we're able to modernize the space while remaining authentic to its surrounds."

Trusted Review notes in their report that "Regent Street was Apple's first ever store in Europe, opening 12 years ago. Since then, Apple has served over 60 million customers on the site, marking it as one of the company's most prized and lucrative retail sites. That's why it's no surprise that the Regent Street store is the first Apple Store in Europe to roll out the company's new retail design concept, which first debuted in the states earlier this year.

Speaking to press at today's briefing, Ahrendts said: "I know how iconic and important Regent Street is, not just to London and the UK, but on the global stage, it's one of the most important streets in the world."

Other photos could be seen over at Engadget or GQ Magazine UK. 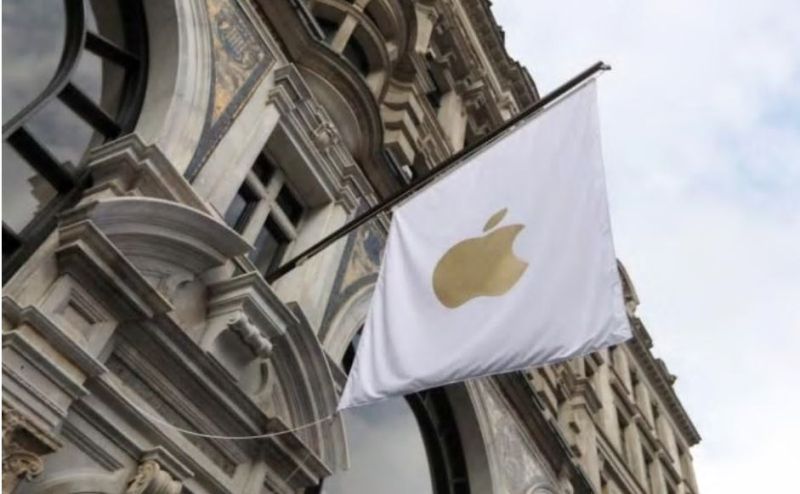 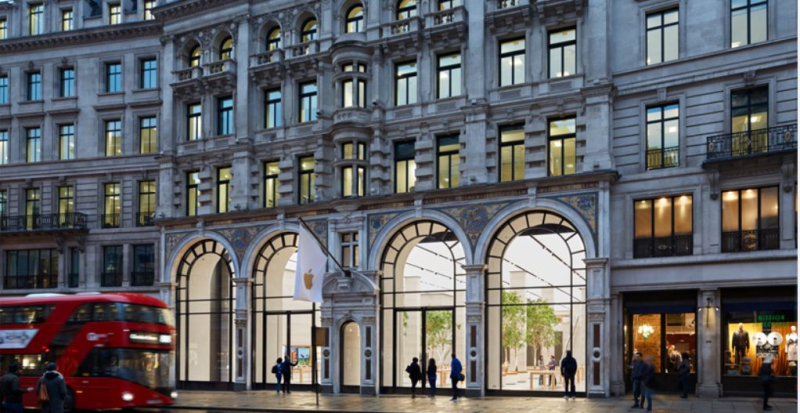