Samsung Cleverly 'Adjusts' Production of their Note7, not Halting Production as Commonly Reported 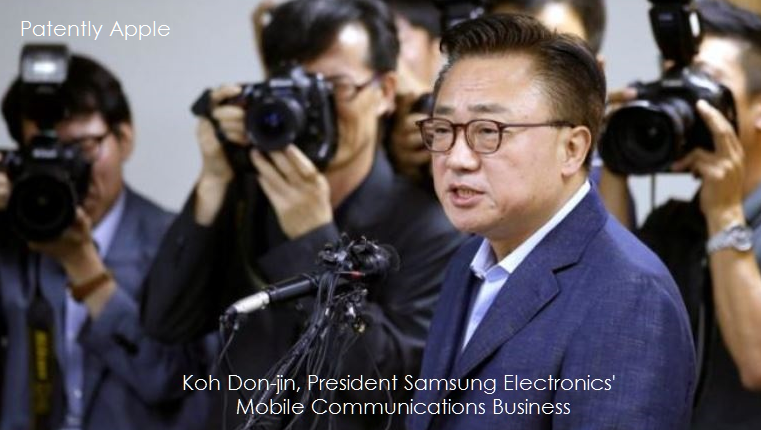 Yesterday Patently Apple posted a report titled "Samsung Spits in the Face of Evidence that the Note7 Replacement is a Danger." It was made clear that Samsung's executive team's refusal to kill the Galaxy Note7 was due to quarterly profit concerns with public safety a distant second. Even today's reported 'halt' of the Galaxy Note7 is not really the official position of Samsung's, despite third party suppliers and the press making such statements.

The Nikkei reports today that Samsung has made an official statement that it doesn't know what the problem is. "We are temporarily adjusting the Galaxy Note 7 production schedule in order to take further steps to ensure quality and safety matters," Samsung said in a public disclosure to the Korea Exchange.

That official statement is a far cry from halting production. It sounds more like a temporary marketing ploy than a sincere concern about public safety.

Analysts had questioned Samsung's earlier explanation that faulty batteries caused the phones to catch fire. Some suggested that problematic chips or printed circuit boards might have caused the fires.

Analysts said that Samsung could give up the Note 7 model as it had failed to calm market worries. An analyst at a global brokerage house, who did not want to be named in the report, stated that "Now, it seems that the scandal will not be resolved easily. It is a possible scenario that the company scraps the model, giving up this cycle."

Samsung's stubbornness to honestly halt production reveals yet another ploy to keep their production rolling in the hopes that this issue will calm down or magically go away like it did with Apple's iPhone 6 bendgate. Samsung believes it's something that they could just wait out. But a series of fires and injuries, and a flight evacuation is not in the same league as bendgate. Every day Samsung refuses to acknowledge that it's ball game over for the Note7, is one more day of anger from consumers that will go a long way in damaging the image of their global brand.

Samsung's Koh Don-jin was brought it to turn around the company's two year smartphone slump. He almost pulled that off. That's why publicly admitting defeat now would surely mean the end of his career at Samsung. And for that reason alone, he will try to hold on to the bitter end and not bend to public pressure to kill the Note7.