Microsoft has their big PC event scheduled for the day before Apple's Mac event and it's highly expected that they'll be extending their Surface line of computers to include an all-in-one (AIO) desktop to take on Apple's iMac. To date neither of Microsoft's Surface products, tablets or notebook (Surface Book), haven't made a dent in Apple's sales. Microsoft tried this week to pump up their work on Artificial Intelligence prior to the show to get the troops excited by claiming that they had reached a historic achievement by reaching human parity in conversational speech recognition.

The Verge, for one, didn't see it as that great an achievement. They noted this week that "Although the results are impressive, it's far from an endgame for speech recognition. Microsoft still needs to tune the technology to work as well with conversations in a wider range of more challenging real-life situations and with a broader selection of voices. And for use cases such as Cortana, much of the difficulty comes from teaching the artificial intelligence to understand the meaning of words and act on them, not just accurately hear them."

Then came the brutal news on Tuesday that Patriots coach Bill Belichick let it be known what he really thinks about using Microsoft's Surface tablet: "I just can't take it anymore." Ouch!

"As you probably noticed, I'm done with the tablets," Belichick said. "They're just too undependable for me. I'm going to stick with pictures, which several of our other coaches do, as well, because their just isn't enough consistency in the performance of the tablets. I just can't take it anymore." Belichick spoke at length — around five minutes and 25 seconds — about how technology often fails him and his coaching staff in the lead-up to games and often even during the game itself.

As Microsoft heads into their event next week, the news thus far isn't helping their case for their Surface line of products or their so-called breakthrough in AI. And while their AIO isn't likely to put a dent in Apple's iMac sales this year, this is the one area where Microsoft's Surface line may actually shine with their Windows 10 update coming next week and a system focused on consumers and creatives.

It'll be interesting to see what they introduce compared to Apple's iMac update occurring on Thursday. One thing is for sure, Microsoft's Panos Panay, Microsoft's Corporate VP for Surface, is bound to make outrageous claims of how their new AIO PC is better than the iMac, just as he ranted last year that the new Surface Book trounced the Apple MacBook Pro. It was noise then and it'll be noise again. 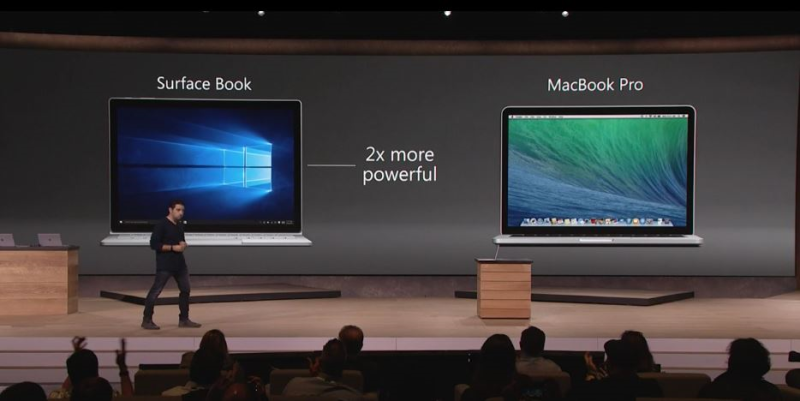