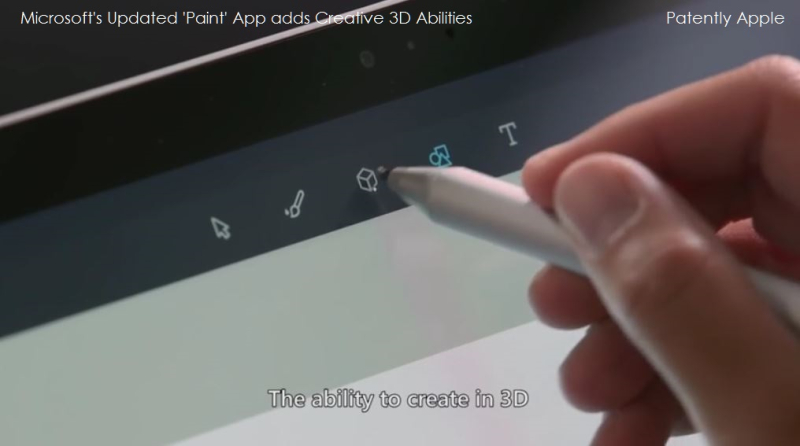 Yesterday Patently Apple posted a report titled "The Day Before Apple Launches the New MacBook Pro, Microsoft will introduce their iMac Challenger." Beyond the hardware that will be announced at the event on October 26, Microsoft is to focus on sharing their vision of the future of Windows 10. One of the new things coming to a future Windows 10 update is a complete overhaul of the long standing 'Paint' app by introducing simple 3D tools. While Apple has been known to make easy-to-use software, Microsoft's new Paint is going to be wildly applauded by Windows users as you'll see in the video below.

Apple has been working on several 3D centric technologies as covered in our archives. While most of Apple's 3D projects are very high-end, they're also working on a few apps that will take advantage of creating quick 3D avatars and one for manipulating photos and videos to 3D. Apple will begin by delivering an iOS 10 update later this month that will allow iPhone 7-Plus owners the ability to use their new dual lens camera to produce/deliver a new depth enabled photography technique called the Bokeh effect.

Yet Microsoft's Paint has always been an amazingly simple app that delivers a basic set of drawing tools for everyday use. It's one of the most practical tools ever created and one that I use every day. Now that it's leaping into delivering simple 3D tools, it's only going to get dramatically better across all Surface products including their new all-in-one desktop arriving in weeks. 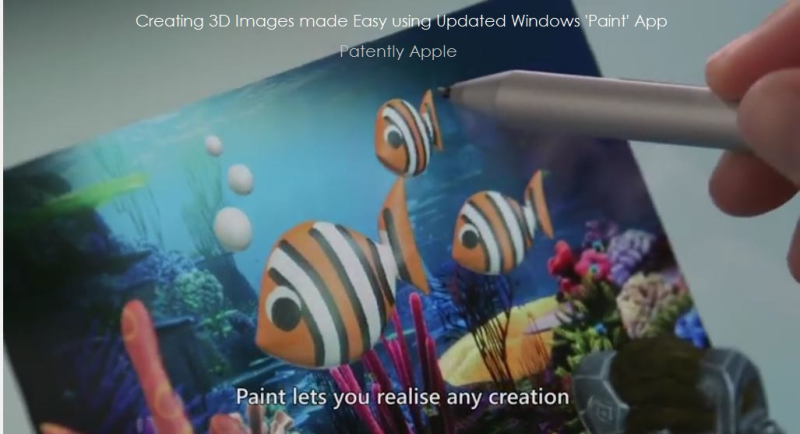 I can only hope that Apple will one day add such a tool for macOS and iOS users in the future. Then again, Microsoft's 'Paint' could be accessed by those using Windows 10 on their Macs today via Parallels, and so the updated version with 3D tools will likely be coming to a future Parallels update for Macs sometime in 2017. I can't wait to try it out.