Home Archives Contact Us Subscribe Twitter Facebook MeWe Parler Patently Mobile
Microsoft Aims to get ahead of Apple with In-Air Gesturing for PC's, Tablets and Beyond
Video: Samsung Races to Remove Grand Theft Auto Parody of Note7s being used as Grenades 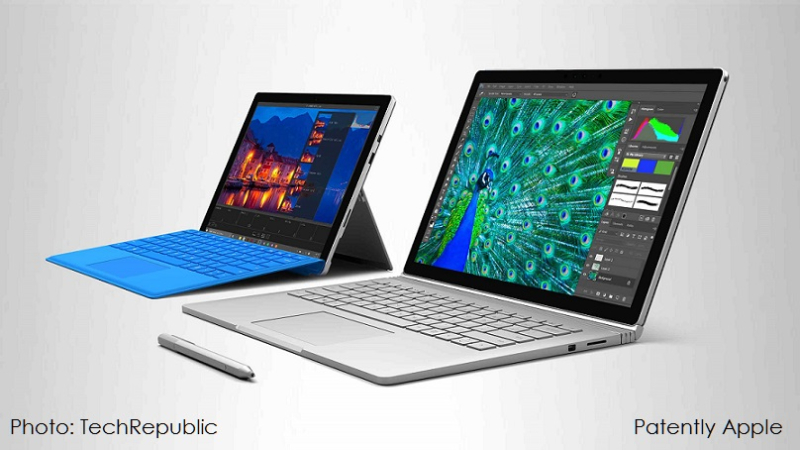 Microsoft posted its first quarter of its 2017 fiscal earnings yesterday, reporting revenue of $20.5 billion and net income of $4.7 billion. The highlights of Microsoft's latest earnings come in the form of Office and Cloud. Office commercial revenue grew 5 percent, while Office consumer revenue was up 8 percent in the latest quarter. Revenue in what Microsoft describes as "intelligent cloud" rose 8 percent, with Azure revenue up 116 percent, and server revenue up 11 percent.

In USA Today's report we heard from a few analysts. Josh Olson of Edward Jones Research said that with Microsoft's cloud revenues jumping 116% for Microsoft Azure, it's now is on pace for more than $13 billion annualized revenue. Yet Frank Gillett, senior analyst with Forrester, said that while Microsoft's cloud growth is "impressive ... cloud revenue is not growing fast enough to make up for the slowdowns in Windows, Phone, and Xbox."

Plummeting Lumia phone sales was a big but expected "blemish" on the quarter, says Patrick Moorhead of Moor Insights and Strategy. He hopes to see growth in Windows products help make up for the smartphone misstep. Moorhead added that "At some point that Windows number needs to start to rise. I am seeing positive signs in the commercial PC market for 2017. Enterprises are realizing they need to buy new hardware to take full advantage of the security features in Windows 10."

This morning I reviewed news reports of Microsoft's quarter from well-known sites such as Barron's, IOL, The Seattle Times, Quartz, Reuters, Bloomberg and The Wall Street Journal and the real story was about Microsoft's cloud revenues soaring to save the quarter. The topic of their PC sales were minimal at best and none of the noted sites made any references whatsoever of any success from Microsoft's Surface Line. Some of the top sites didn't even list "Surface" in their stories at all: zip, nada, nyet. 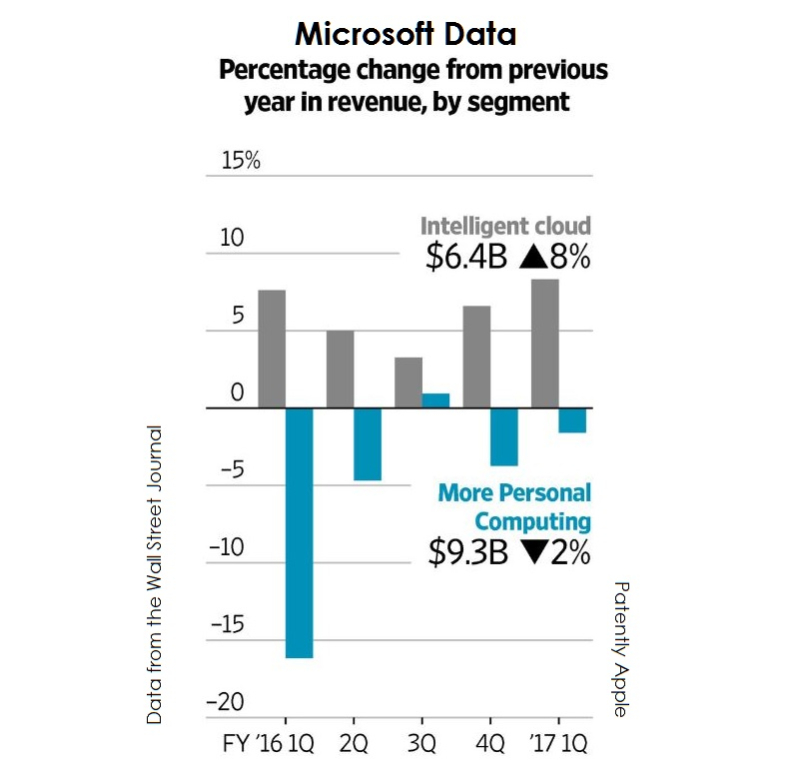 Yet the Microsoft after hour's conference call did highlight the performance of their Surface product line, even though none of the listed news sites covered it. It was relegated to this single line: "Surface revenue increased 38% 39% in constant currency driven by year-over-year growth for surface Pro and bulk which launched in Q2 of the prior year." The Verge's report translated that line into meaning "Surface revenue hit $926 million in the quarter, up 38 percent from the $672 million last year." Doesn't that sound impressive? Well, no, and here's why:

For context, Apple's iPad revenue for Q3 2016 was US$4.876 Billion. Considering that Microsoft launched Surface in Q4 2012 and the iPad being launched in April 2010, Surface should have come closer to catching up with the iPad by now but still lags the most popular tablet in the world by a country mile.

Though pumping Microsoft's Surface revenue growth by focusing in on that '38% growth' figure just a week prior to launching their new all-in-one Surface PC desktop to take on Apple's iMac becomes important. It sounds like they're gaining great momentum. It may be important for some like The Verge who will likely get a Microsoft Surface PC unit ahead of the launch to write their extensive review. That's why the Verge was really the only publication to make the Surface numbers pop out of their report in a positive way last night when no other news sites did at all.

Considering that Intel's 7th generation core processors don't debut until sometime in Q1 2017, it's odd that Microsoft decided to launch their new Surface PC at this time. Though not being a workstation, the low to medium range consumer market or even businesses might be interested in the new PC if the price is right for the technology that they'll be delivering.

Although I'll be more interested in seeing what Apple will be delivering with their new iMac next week, my eyes will no doubt be glued to my computer display on Wednesday to witness Microsoft's big event and their new desktop roll out. It's another phase in their war against Apple, and it's bound to be another bombastic presentation by Microsoft's Surface boss Panos Panay who will hail their new PC as the ultimate desktop crushing today's iMac in dozens of ways. If anything, it'll be an entertaining moment in time.