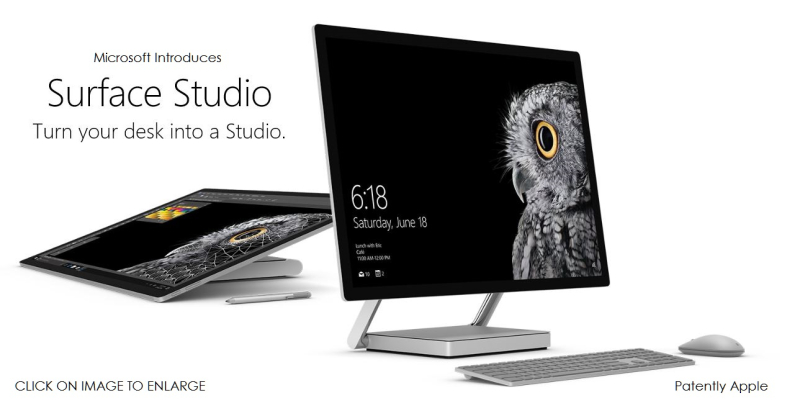 When Microsoft first launched their first Notebook called the Surface Book back in October 2015 I asked the question in a report, could a Surface desktop be next? Patently Apple then reported on a modular all-in-one type of Windows Desktop PC patent this past February. In June the rumors began that a Microsoft PC was in the works to take on Apple's consumer iMac. By mid-July new Microsoft patents revealed some interesting new Surface tablet ideas as well as new controller ideas for the Xbox and more importantly, another modular PC concept. Today Microsoft revealed Surface Studio, a desktop PC to take on the iMac – and on the surface, it's truly a nice desktop system that took on the very appearance that was presented in their patent applications as noted further below.

Random Shots from the Event 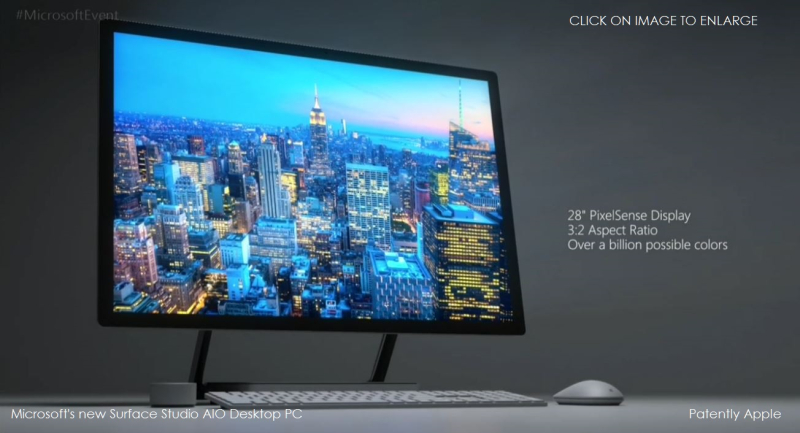 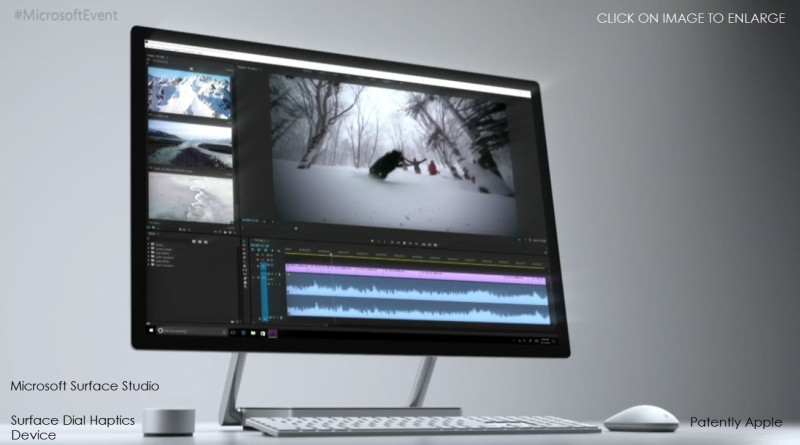 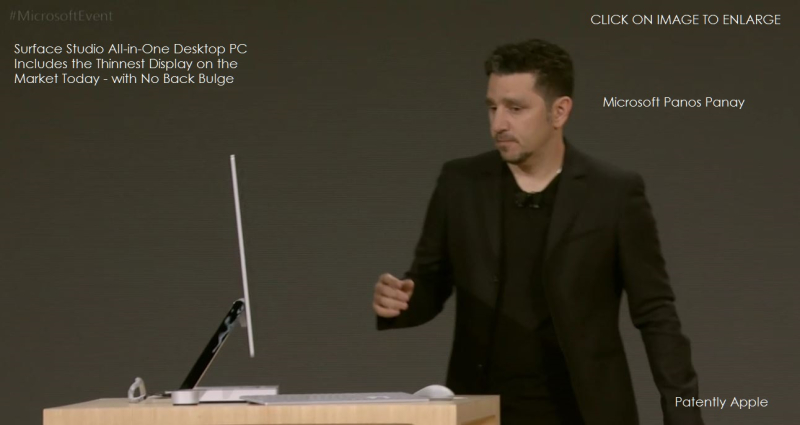 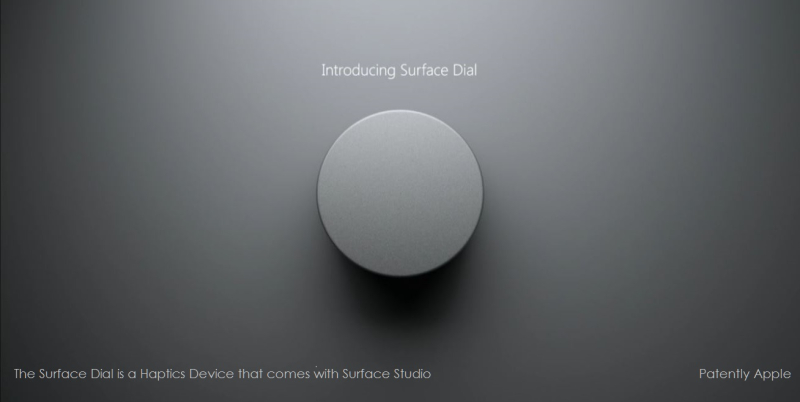 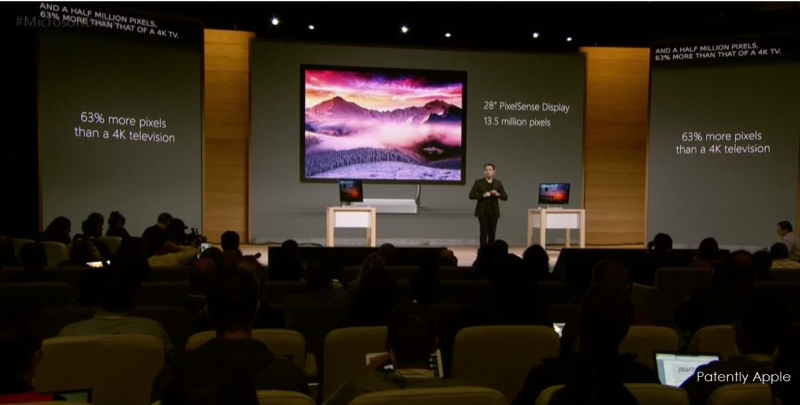 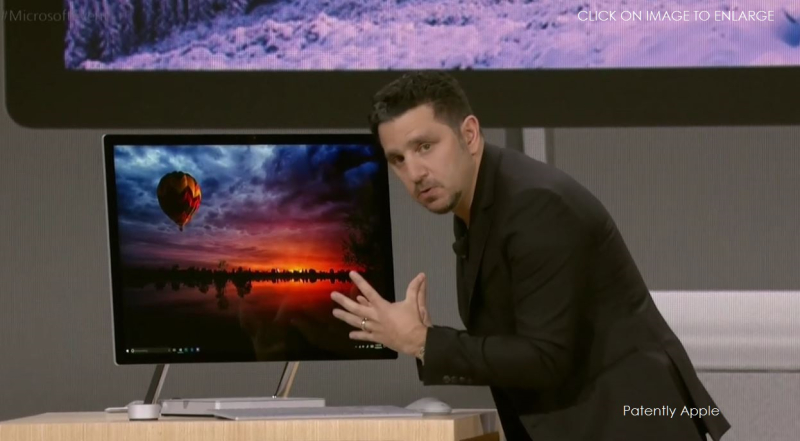 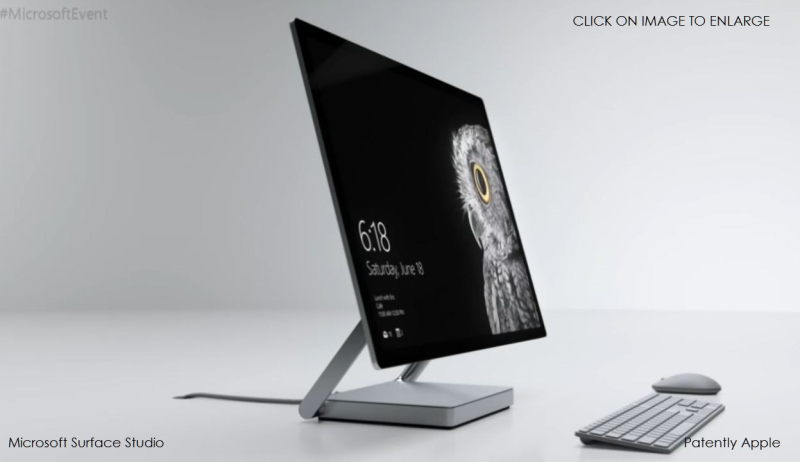 Microsoft's Corporate VP for Surface Panos Panay illustrated a new version of Office Word working with their new Surface Studio's touch display and it was fantastic to see how flipping through a long document was a breeze. A really nice feature. And it's perfect to scale. Held an 8.5" printed page and layed it over the display to perfection.

Microsoft raised the bar for a consumer desktop and it will be so very interesting to see what Apple does with iMac at the Apple event tomorrow. 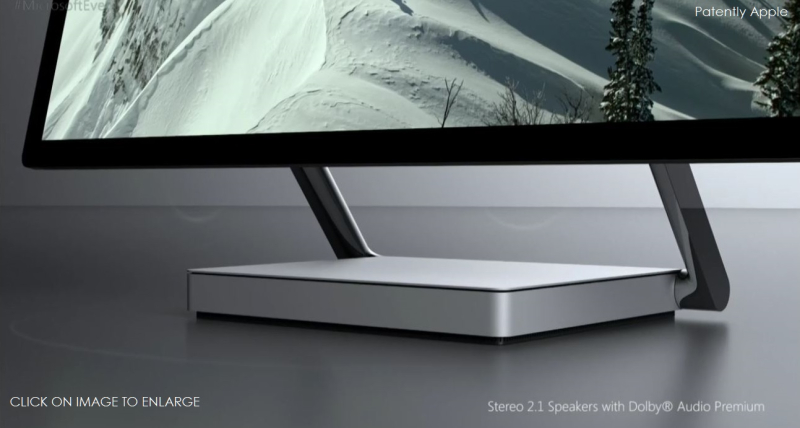 For more information and tech specifications on the new Surface Studio, see Microsoft's new webpage here. If you want to see the full presentation you could check it out here. The Surface Studio segment begins around the 1hr 15 minute mark. In the end it's another patent fulfilled and it was great to see their design leap to life.

This morning's Microsoft event also covered an upgraded Surface Book with next-gen Intel Core i7 and their Spring 2017 Windows 10 version called the 'Creators' Update. Microsoft's next version of Windows 10 is set to push 3D apps for creators including their new 3D Paint app.   Microsoft will also begin to push into mixed reality (VR and AR) apps and features that will work with their HoloLens to get a leap on Apple. Let's hope that Microsoft pushing into the desktop space will push Apple to update their products with a little more regularity. That's what good competition is supposed to do and for a first step into this market Microsoft has done very well.

For the record, Patently Apple posted a patent report way back in August 2010 titled "The Mother Lode: Welcome to the iMac Touch." Hundreds of tech sites from around the world reported on our patent report and Apple's original invention as could be seen at the bottom of our original report. So if Apple should ever decide to follow-through with this, let it be known that they would be fulfilling their own patent and not copying Microsoft. In fact it's Microsoft that's been racking up products for their Surface line based on Apple's patents. Be it for a keyboard soft cover for a tablet idea or the detachable display on a notebook. It's quite the trend. Even the display that slants down is something that Microsoft copied. 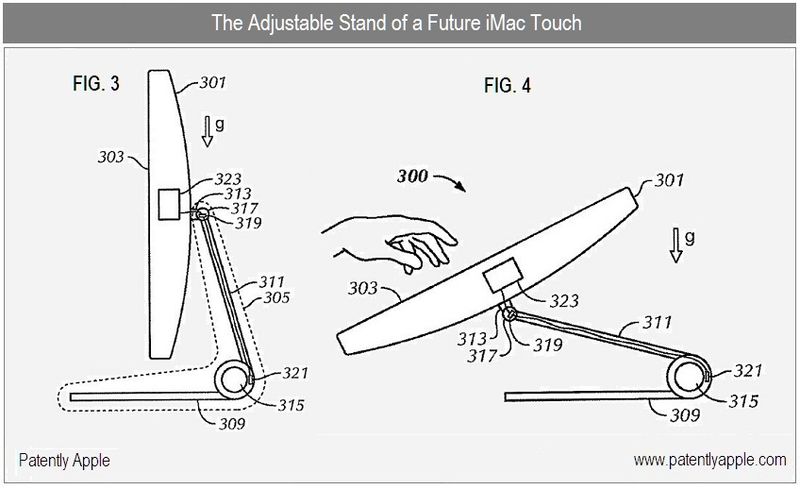