Home Archives Contact Us Subscribe Twitter MeWe Facebook Patently Mobile
Sharp President Confirms in Speech that Apple will be shifting to OLED Displays
Samsung and LG invest US$11.6 Billion in Flexible OLEDs to Secure Orders for Apple's iPhone 8 and beyond

Prior to the mega events by Microsoft and Apple this past week, Google held their fall event on October 4, 2016 where they introduced a host of new devices including the Pixel smartphone, Google Wifi, 'Google Home' and 'Daydream', a simplistic VR headset. In 2014 Google introduced their cardboard smartphone VR adapter and their latest version of it remains simplistic. True, it's a new design available in three colored fabrics and a remote, but essentially it's the same device that's an empty shell that houses a smartphone, and specifically their new Pixel smartphone.

This week, a new Google patent surfaced at the U.S. Patent & Trademark Office that reveals their next generation 'Daydream' VR headset that's far more advanced than the simplistic version that's coming to market in November.

The system will come with built-in headphones to immerse a user's gaming or VR experience. More controls will be provided to control the device's lenses and lighting conditions. More importantly, Google has created an all-new VR tracking system designed to allow a user with the headset on to physically move within a room to make their VR world experience seem more realistic. This aspect of the invention is the focus of the patent and this report. This feature has to be done just right so that users avoid motion sickness when transitioning between a VR world and the real one. 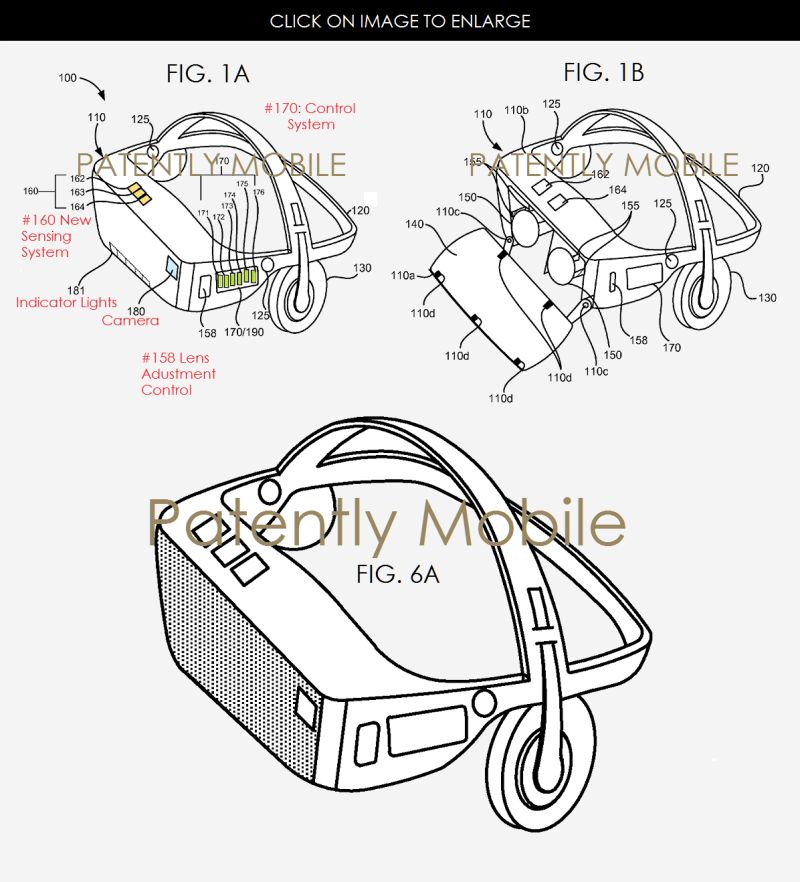 About Posting Comments: Patently Mobile reserves the right to post, dismiss or edit any comments. Those using abusive language or behavior will result in being blacklisted on Disqus.