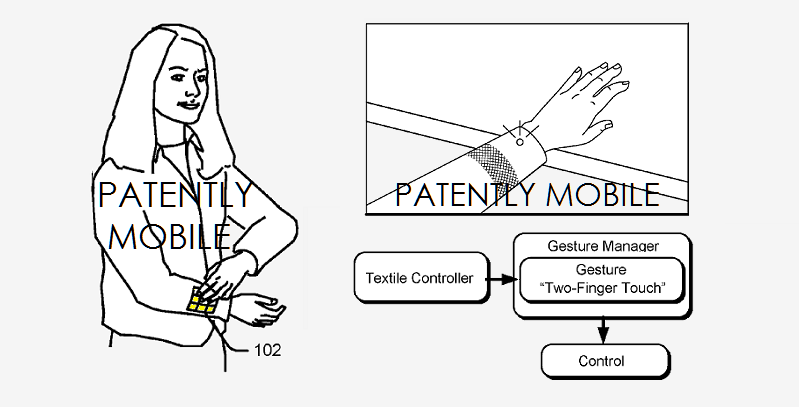 Last month the U.S. Patent & Trademark Office published a patent application from Google that revealed one of their latest inventions relating to an all-new gesture control system designed specifically to work with future smart garments like an office or ski jacket, sporting cap or jersey, shirts, purses and specific objects. The invention is focused on interactive textiles and the gestures that could be used to assist consumers interact with devices that are currently in their purse, jacket or jean pocket. For instance, if a user is listening to their music and they want or need to stop it, fast forward it or control the volume quickly, the user will only have to tap their garment in a particular manner and the smartphone would react immediately saving the user time scrambling to pull out their device just to execute a single function.

For instance, the interactive textile may aid users in controlling volume on a stereo or pausing a movie playing on a television, or selecting a webpage on a desktop computer. Due to the flexibility of textiles, the interactive textile may be easily integrated within flexible objects, such as clothing, handbags, fabric casings, hats, and so forth. 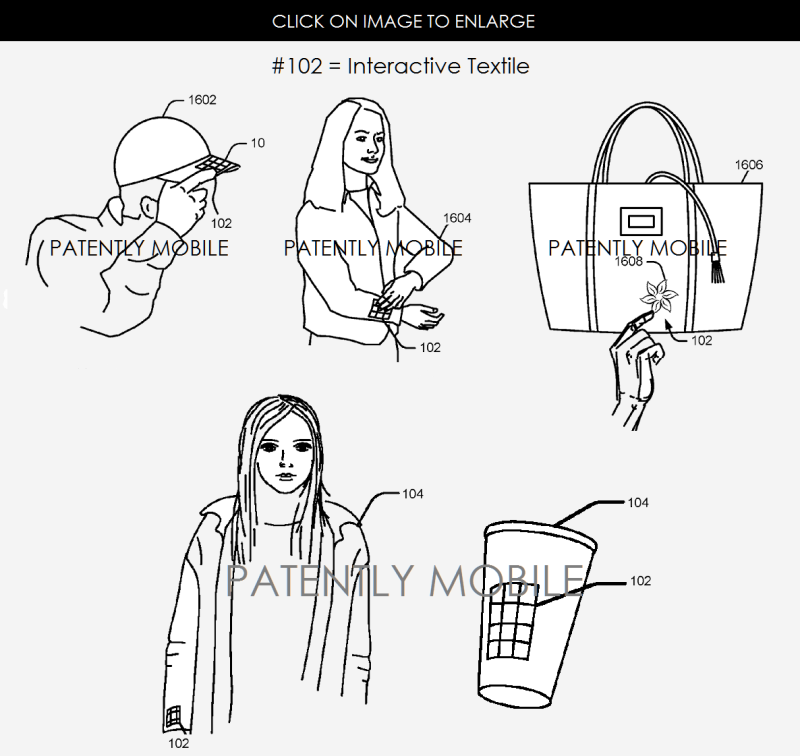 Google's patent FIG. 13 noted below illustrates an example of contextual-based gestures to an interactive textile (click to enlarge image). 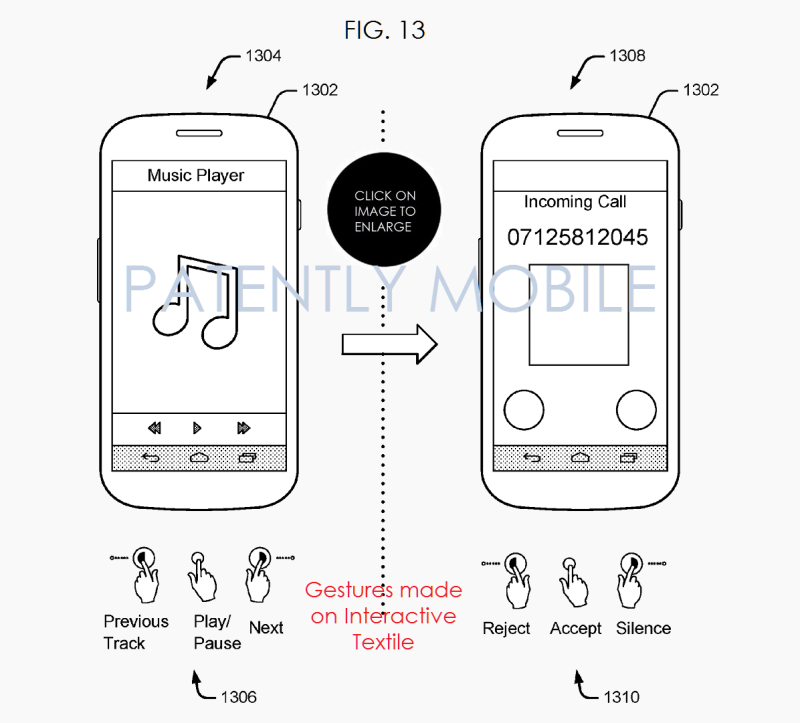 To learn more about this Google invention and to see many other supporting patent graphics, see our Patently Mobile report here.

About Posting Comments: Patently Mobile reserves the right to post, dismiss or edit any comments. Those using abusive language or behavior will result in being blacklisted on Disqus.