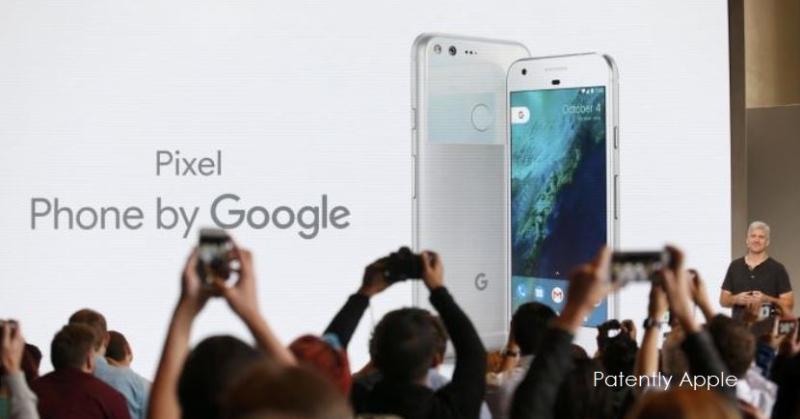 On September 23 Patently Apple posted a report titled "Google Set to Shake Up the Market by Challenging Apple's Premium iPhone Directly." As scheduled, Google unveiled the Pixel and larger Pixel XL, the first smartphones that were conceptualized, designed, engineered and tested in-house. The Pixel handsets feature a Siri-like virtual assistant, flashy camera features and are the first to boast Android's new Nougat 7.1 operating system. Their debut signals Google's push into the $400 billion smartphone hardware business and shows that the company is willing to risk alienating partners like Samsung and LG Electronics that sell Android-based phones.

Bloomberg notes in their report that "Google executives began to see the benefit of the Apple approach: a unified portfolio of consumer electronics products that show off its services better than partners can. A Home speaker device, a virtual reality headset, a Wi-Fi router system and an updated video streaming stick were also unveiled on Tuesday at an event in San Francisco.

Getting into the hardware business is a big, risky financial and operational commitment. But Google needed its own handset to ensure distribution for its web services, and more complex offerings like virtual and augmented reality.

So in the summer of 2015, Chief Executive Officer Sundar Pichai approved the Pixel project; development began last fall. 'The difference with this device is that we started from the beginning,' says Dave Burke, who runs Android engineering. By contrast, Google's contributions to Nexus phones typically didn't happen until they were 90 percent done. For more on this, see the full Bloomberg report here.

Overview: Pixel XL vs. iPhone 7 Plus 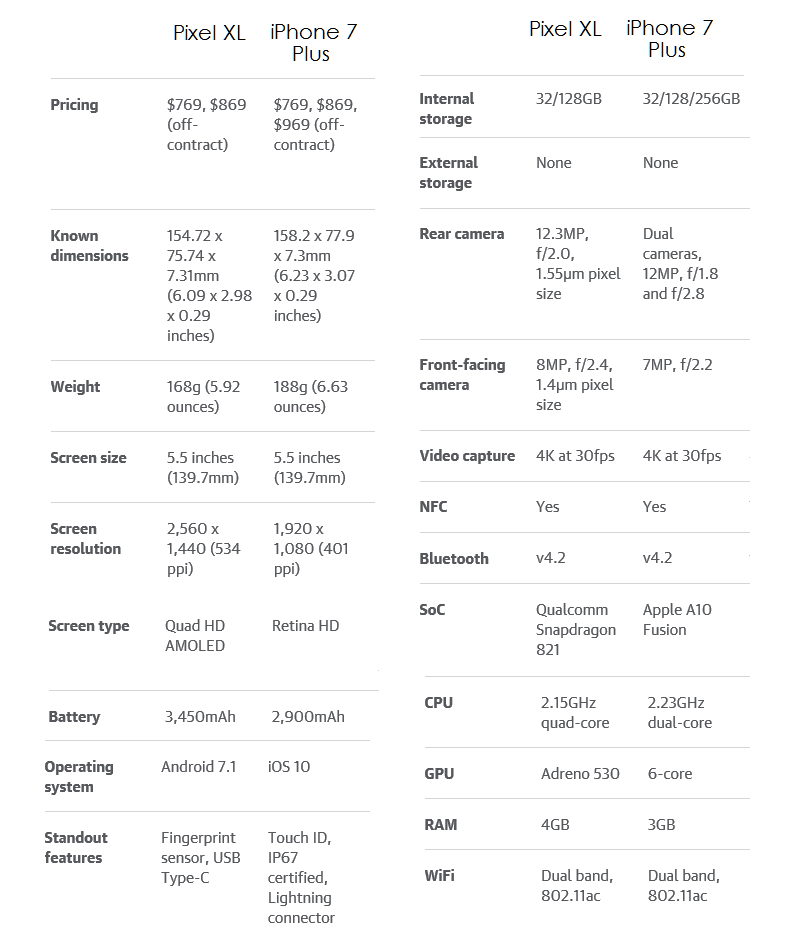 On September 18, 2016 our other IP blog, Patently Mobile, posted a report titled "Google Working on a new VR Headset to Compete with Facebook's Oculus and Beyond." That was excellent timing and this is now a patent fulfilled.

In the Guardian's report today on the Google product launches they noted that "There's one huge name missing from this: Apple. While it has been steadily improving Siri, and rolling it out to ever more devices, from the iPhone to Macs and Watches, it is not making a dash for the living room at the same rate as Google and Amazon.

'Apple,' according to Gartner analyst Werner Goertz says, 'is dropping behind in this race.' It risks being 'late to market unless it can come up with substantial product announcements by the end of this year.' That might be because its voice-recognition technology simply isn't as strong as those two companies, or it might be that it has still got its hopes pegged on smart watches as the next big thing."

In June Patently Apple posted a report titled "Forbes Misguided View is that Apple has Missed the AI Revolution." Gartner's analyst holds the same myopic view as the Forbes contributor who prematurely wrote off Apple as falling behind other tech leaders in Silicon Valley which is absolutely absurd. Apple's iPad was one of the fastest selling new products to market quickly racking up 100 million units, and units that weren't cheap I might add. Have the personal home assistants from Google or Amazon sold anything close to that yet? Ha! Not on your life. These devices will not sell in those volumes out of the gate. Forget about it. And more importantly, when Apple sells it, they'll probably sell 2X the volume of their chief rivals combined. Someone is once again confusing first to market and best received in the market.

And by the way, it seems that Goertz didn't get the memo. Apple has already gotten the news out that they've been working on an Echo/Google-Home type of device for some time now. Using Phil Schiller's terminology: Late to the party, my ass!

In the end, today is Google's day and I wish them all the best with their new hardware division. If the Pixel XL could cut Samsung's smartphone sales down by another 20%, I'm all smiles, thank you very much. With Samsung playing footsie with Facebook and trying to push Tizen over Android, it was time for Google to step up to the plate and kick Samsung in the head for being a backstabber. Google VR is out to smack Samsung's Gear VR squarely in the head and good for them. But as far as the Pixel smartphone goes, will it really sell more than their Nexus line did? Until Google could hit volume, Foxconn won't even look at them. So HTC is who Google is stuck with as a supplier. I think that speaks volumes for now. But you never know. With Samsung's burned out reputation on the line, perhaps Google just might be able to cash in on that. Only time will tell