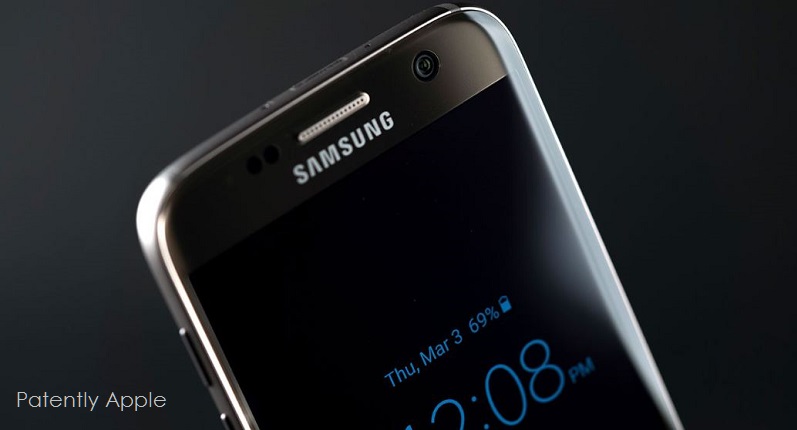 On Wednesday Patently Apple posted a report titled "Southwest Airlines Flight Evacuated due to a Replacement Samsung Note 7 Catching on Fire." This was a very, very serious development which puts Samsung's claims that their recall replacements are safe into serious question. USA Today yesterday posted a report titled "Samsung now faces three tough choices with its Galaxy Note 7, due to the fire on the Southwest Airlines flight. The report suggested a number of potential remedies such as "pull the plug on the Note 7s and come back in relatively short order with a rebranded phone that gives us most, if not all the Note 7 features — maybe a Note 7 Special Edition or some such," or "accelerate the development of the Note 8 itself." While Samsung is likely to be reluctant to do either and just deny the ongoing problems as lies or fixable, they are beginning to pump up the Galaxy S8 in South Korea to change the conversation. The Galaxy S8 could launch in late February 2017 at the Mobile World Congres event in Barcelona.

A new Korean tech report published today noted that while Samsung Electronics' Galaxy Note 7 is involved in an unexpected recall stir, the industry is now trying to turn its attention towards the Galaxy S8. "If Samsung Electronics wants to overcome its slump it is having with Galaxy Note 7, its next model has to put up a maximum fight."

The report further noted that it's confirmed that huge changes coming to S8 hardware. Unlike previous models that focused on using off-the-shelf components, it is heard that Samsung Electronics is aiming for functions and design that have not been seen before.

The Home Button will Disappear on Galaxy S8

The 2017 iPhone has been rumored for some time now that it will finally kill the Home Button. So does it surprise anyone to learn that this is now the number one rumored change coming to the Galaxy S8?

The Korean report states that "It is heard that Samsung Electronics is planning to remove a home button from Galaxy S8. It is trying to remove a physical button that sticks out from the front of a Smartphone and implement home button function from behind of tempered glass or inside of the display.

Not only is home button used to return to a main screen but it is also used to recognize fingerprints. It is not confirmed on which technology Samsung is planning to use to replace home button function. However elimination of home button indicates that Samsung Electronics is planning to fill all of front screen of Galaxy S8 with just screen.

Samsung wanted to see what Apple was bringing to the table with the iPhone 7's dual lens camera and apparently are now going full tilt to bring this feature to the Galaxy S8.

The Korean report noted that "Galaxy S8 to be the first Galaxy series to have dual rear cameras. Currently Samsung Electronics is deciding whether to use all-in-one dual-cameras or separated dual-cameras," said one source, though "It already finalized a decision to use dual-cameras."

We also learned from the report that "Samsung Electronics is also planning to use an upgrade AP (Application Processor) and start mas-producing 10-nano Snapdragon 830s, which will be used for Galaxy S8, at the end of this year at the earliest. Galaxy S8 will be equipped with half of Snapdragon 830s and half of Exynos that is manufactured by Samsung Electronics' System LSI Business Department."

A 2017 Surprise: A First to Market Smartphone

In an effort to create some buzz for Samsung going into the Mobile World Congress event in February, the report noted that "Samsung is also hinting of a new Smartphone that was never seen before." Will that be their first foldable smartphone? Will 'Project Valley' come to life as forecasted? Only time will tell.

In the meantime you could always check out Samsung's known patents on future foldable designs should they decide to introduce a more elaborate design than the one we presented above. You'll find many of their new designs here and a few others in a secondary archive. Below is a video of a bendable display that was shown at SID 2016 in June.

If Samsung really wants to the put the Note 7 crisis behind them, then introducing a first-to-market foldable smartphone just might create enough buzz in the press to keep their woes back in 2016.