The U.S. Patent and Trademark Office officially published a series of 45 newly granted patents for Apple Inc. today. In this particular report we cover Apple's clearest patent to date that Touch ID will be moving to beneath the display in the future, abandoning the Home Button. Apple was granted a patent for this in May of this year. The patent figure above from that patent clearly shows that Apple's fingerprint technology working under an iOS device displays has been in the works for some time now – in fact as far back as 2009. In 2015 an Apple patent application came to light indicating that the new fingerprint technology for under a display was coming to an OLED display just days before Apple began notifying their supply chain of their decision to switch to OLED. Today, one of Apple's latest granted patents spells it out that the fingerprint sensor should be placed under the iPhone's display and away from the Home Button so as to "avoid assigning valuable surface space exclusively to a component that may only be used briefly during the process of identifying the user." It can't get clearer than that.

Apple's invention covers the method for tuning an electrostatic lens used in a capacitive fingerprint sensor, in which the electrostatic lens includes one or more patterned conductive layer(s). The invention supports Touch ID moving away from the set Home Button to anywhere on the display of the an iOS device. 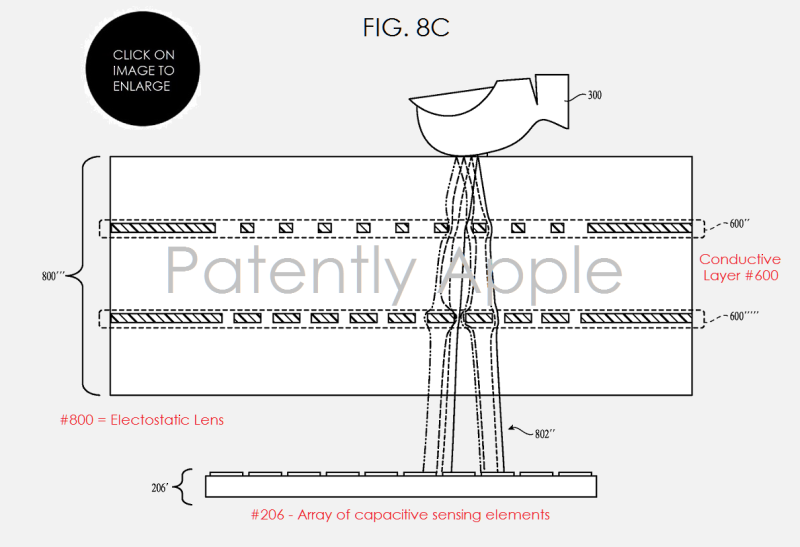 Apple's granted patent 9,460,332 was filed in Q3 2014 and published today by the US Patent and Trademark Office. To review the finer points of the invention click here.