During Apple's iPhone event on September 7, Phil Schiller, Senior VP worldwide marketing at Apple talked about a "big breakthrough in photography" that was part of iPhone 7. The breakthrough was Apple's new dual camera depth camera. He provided his audience with a "Sneak Peek" of this feature known as Bokeh or the Bokeh Effect as noted in our cover graphic. This photo was the one that Schiller used in his keynote to talk about taking an incredibly sharp photo in the forefront that had a beautiful blur in the background so that focus of those looking at the photo was on the subject. Schiller noted that "This is called Shallow Depth of Field. This is a technique that is really useful for things like portrait pictures. It's something that is illustrative of a great camera that often has a very large photo sensor or a really big fast lens." Schiller told his audience that this was coming by way of a software upgrade for the iPhone 7 Plus this fall and today Apple delivered on that promise. 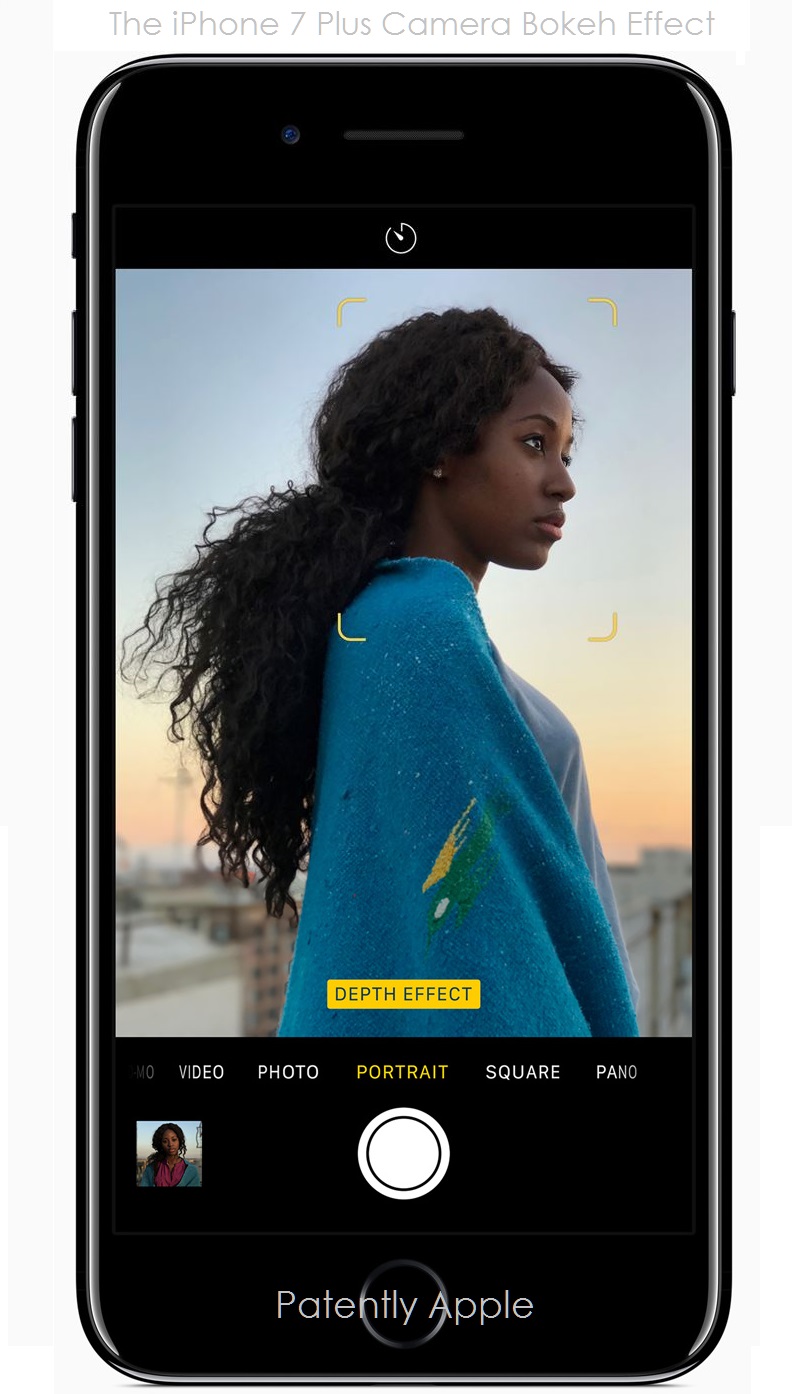 Apple's iOS 10.1 update brings Portrait mode to iPhone 7 Plus customers starting today, adding a beautiful new photo feature to the world's most popular camera. Apple notes in a press release that "Using both 12-megapixel cameras on iPhone 7 Plus and advanced machine learning, Portrait mode applies a depth-of-field effect to make your foreground subject sharp while creating a beautifully blurred background. This effect, also known as "bokeh" and previously only capable on DSLR cameras, turns the camera you carry around with you everyday into an even more powerful photography tool."

One of Apple's patents covering a 3D depth camera was revealed back in July in a report titled "Apple Wins a Patent that may Relate to the new iPhone 7 Dual Camera System."