Today the US Patent & Trademark Office published a patent application from Apple that reveals a new battery design called a 'Battery Can." Apple's engineers state that this new design will be able to increase pressure on the battery stack for higher battery performance. This added energy may increase the performance of the battery over the lifetime of the battery cell. In light of the Samsung Galaxy Note 7 battery crisis, the need to find solutions to keep batteries from overheating and expanding, if not exploding, Apple has been working on these issues to find better solutions. In August we posted a report covering Apple's new Dendrite-Resistant battery design. With the iPhone 8 Plus providing an even larger display next year, a new battery design will assist in keeping our devices safer while providing us with more power. Exactly what the doctor ordered.

Further, Apple notes that "any type of lithium ion cell may be used with the embodiments and designs of the battery can."

The new battery can take on any shape or size, giving the battery assembly substantial form factor flexibility, so Apple's patent FIGS. 1 and 2 noted below represent just one shape example that is not limiting. For example, the new 'battery can' could apply and change shape to fit any Apple products such as an iPhone, an iPad, iPod, MacBook, Apple TV, a future Display or TV. 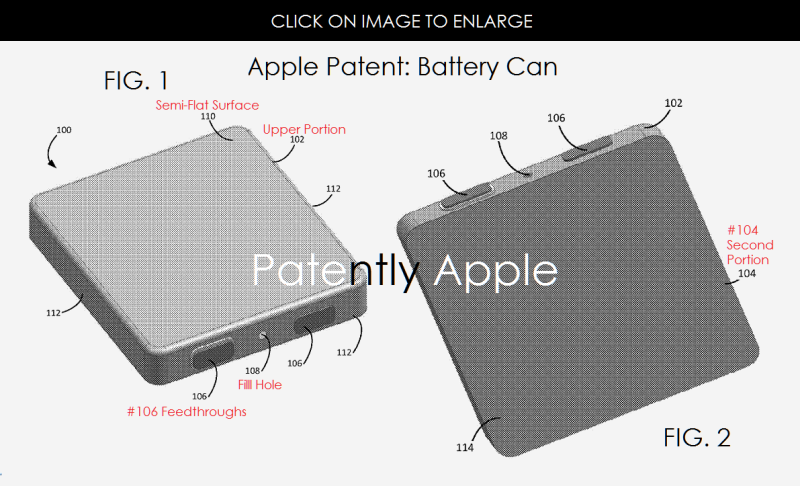 Below is a series of battery can designs with different embossed finishes. The embossing feature on an outer surface of a 'battery can' will improve the structural rigidity of the sides of the can. The embossing could take on designs referred to as 'dimples, beaded and hexagonal pattern.' 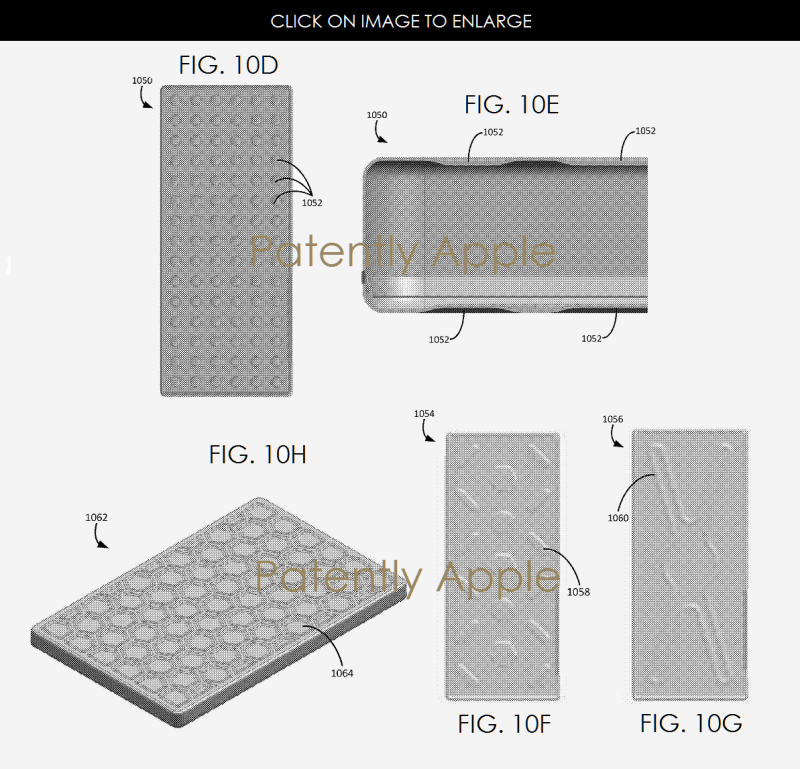 Apple filed for this invention back in Q2, 2016. Review patent application 20160293995 for more details Considering that this is a patent application, the timing of such a product to market is unknown at this time.