Although it was unofficially revealed in a Fast Company article that Apple's industrial design team vetoed putting health-related sensors into the Apple Watch band, the fact is that Apple engineers were obviously given instruction to design just that. In September we posted a patent report titled "Grand Apple Patent Covers a Smart Chameleonic Apple Watch Band with 3D Touch, Liquid Cooling & More," that contradicted prior statements and clearly showed that Apple's R&D teams and engineers have been working to design sophisticated cool next-gen Apple Watch bands that integrate all manner of sensors and features. A second patent application in September showed a band that would be able to connect to a future MacBook for charging. A third Apple Watch band patent was revealed last month covering an intelligent band that could be adjusted for a snug fit on a user's wrist by simply tapping on the watch interface. In today's patent revelations we learn that Apple may consider adding new watch sensors that could control certain functionality using specific wrist gestures or movements. Apple's first patent on this concept was covered extensively in our March report titled "New Motion Research for Apple Watch Reveals new Gestures may be supported in the Future."

Apple's patent FIGS. 5B and 6A illustrate techniques for detecting wrist extension (or dorsiflexion) using sensors; FIG. 8 shows a table defining a portion of a wrist-gesture library for Apple Watch. 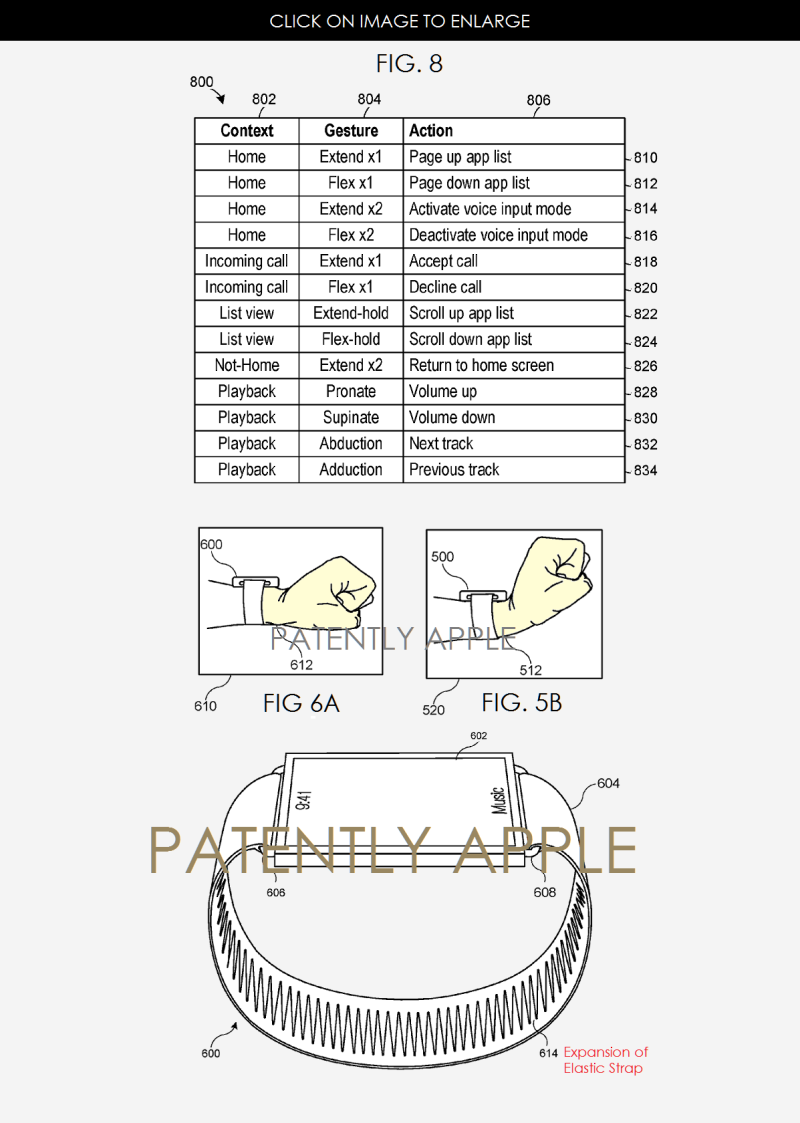 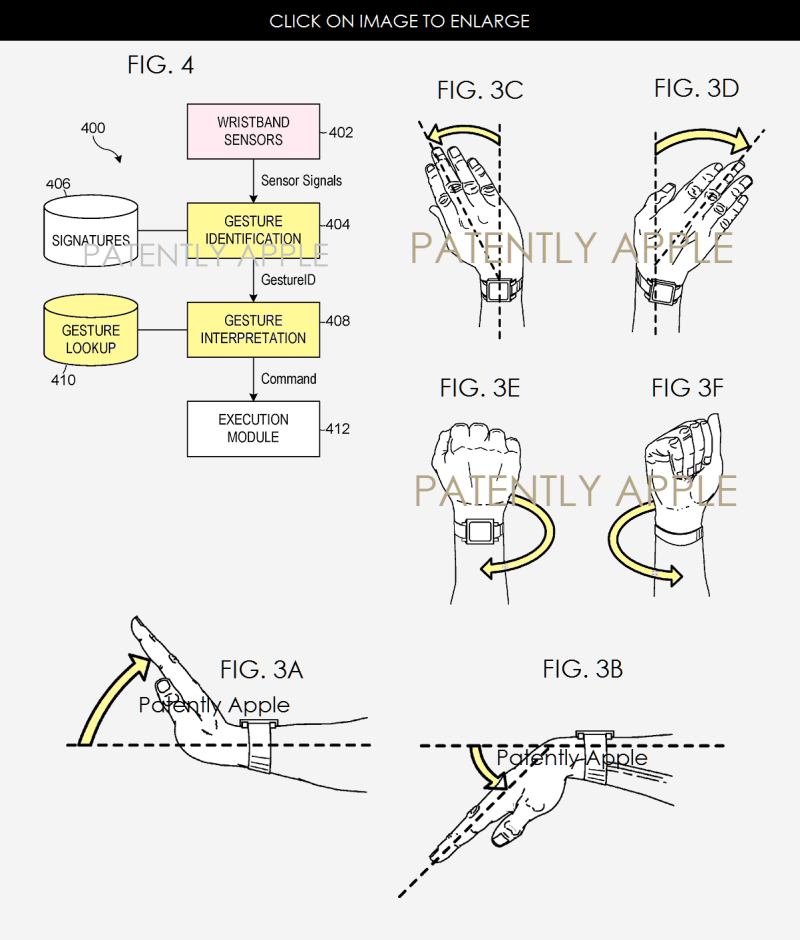 Apple's patent FIG. 2 is a simplified block diagram, overview of a wearable device with strap sensors; FIGS. 7A and 7B illustrate a technique for detecting wrist articulations using pressure sensors. 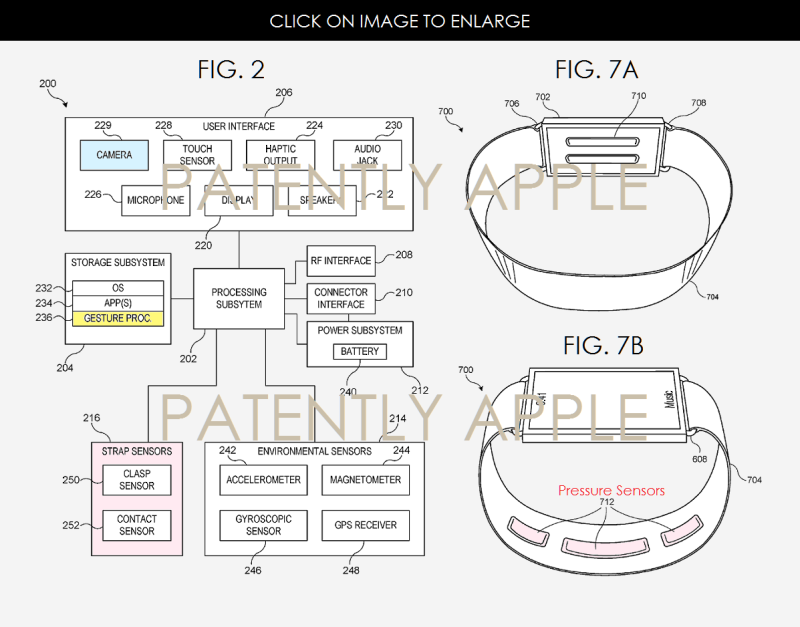 Notable is the fact that Apple's patent FIG .2 noted above shows us that a future Apple Watch will include camera. Apple notes that "Camera #229 can include, e.g., a compact digital camera that includes an image sensor such as a CMOS sensor and optical components (e.g. lenses) arranged to focus an image onto the image sensor, along with control logic operable to use the imaging components to capture and store still and/or video images. Images can be stored, e.g., in storage subsystem #204 and/or transmitted by a wearable device to other devices for storage. Depending on implementation, the optical components can provide fixed focal distance or variable focal distance; in the latter case, autofocus can be provided. In some embodiments, the camera can be disposed along an edge of face member, the top edge, and oriented to allow a user to capture images of nearby objects in the environment such as a bar code or QR code." This is something that Apple see's working on an Apple ring as well. We covered that a second time in a report titled "Could Apple Tap into the Enterprise Wearable Ring Scanner Market?"

Apple further notes in today's revelations that a "camera can be disposed on the front surface of face member to capture images of the user. Zero, one, or more cameras can be provided, depending on implementation." This is supported by another patent filing that we covered back in June in a report titled "Apple Watch Patents Cover the Ultimate Selfie Camera, the Digital Crown & More."

Apple also notes that in some embodiments, the Apple Watch user interface can provide output to and/or receive input from an auxiliary device such as a headset.