Home Archives Contact Us Subscribe Twitter MeWe Facebook Patently Mobile
The Supreme Court to create new Design Patent Rules for the Lower Court, not Rule on the Case (Transcript Available)
Kantar Questions whether the iPhone 7 will be able to Topple Huawei's Top Standing in China 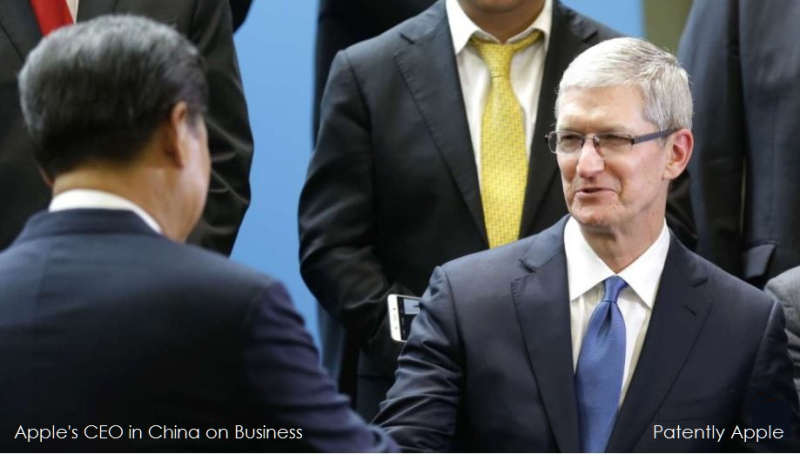 Apple is dramatically stepping up their R&D road map in China. On September 29 Patently Apple posted a report titled "China Reports that Apple Set to Open a New R&D Center in Zhongguancun Science Park Later this Year." In that particular R&D center, Apple intends to hire 500 engineers focused on the development of computer software and hardware products, communication, audio and video devices, as well as advanced technologies for consumer electronics products and the information industry. It's being reported today by the Shenzhen Economic Daily, that Apple's chief executive Tim Cook announced the plan to set up yet another R&D center in China, this time in Shenzhen. Cook made the announcement during a meeting with senior officials from the southern Chinese city where he is attending a nation-wide innovation event.

Apple spokesman Josh Rosenstock said in emailed comments that "We are excited to be opening a new Research and Development center here next year so our engineering team can work even more closely and collaboratively with our manufacturing partners."

Another Chinese publication stated this morning that "Apple, which counts China as its third-largest global market, is already supporting -- together with its contract manufacturer Foxconn Technology Co -- over 200,000 jobs between advanced manufacturing and an economy built around applications, Apple said in an emailed statement.'

Dr. Neil Wang, greater China president for Frost & Sullivan told the publication that 'The establishment of a new R&D centre in Shenzhen allows Apple to facilitate better communication with iOS developers and come up with better products that cater to local customers."

Kitty Fok, managing director for IDC China, said that an Apple center in Shenzhen would 'make sense,' since much of China's technology talent is centered in the region. The investment in research is also a show of 'commitment' to the Chinese market.'"