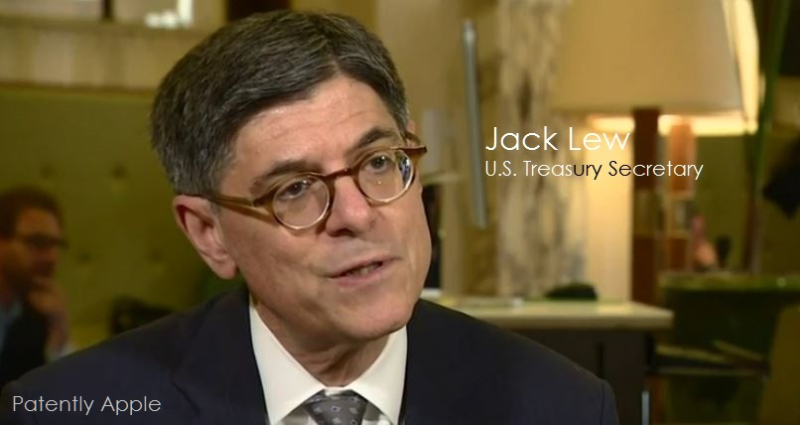 Yesterday Patently Apple posted a report titled "Video Interview: EU Commissioner Vestager on Apple's Massive Tax Penalty." In response, U.S Treasury Secretary Jack Lew spoke with the BBC about why they're unhappy with the EU's tax order against Apple. He thinks that it's totally unacceptable for the European Union to grab revenue intended for US coffers with the Apple ruling.