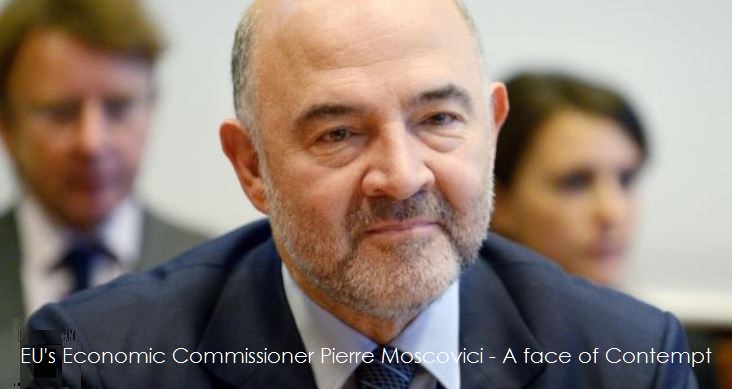 On September first Apple's CEO reaffirmed his view that the EU Commission's tax ruling was political crap. When the Irish Government hesitated in calling for a vote to support Apple's appeal over the EU tax decision Apple's CEO warned "that if the Dublin government did not join it in appealing, this would send the wrong message to business in a country whose economic model depends in part on companies like his." The next day the vote was called and passed. The EU Commissioner's response to Ireland's decision was that it's a "strange decision." He made his comments when European finance ministers gathered in Bratislava Slovakia for the first time since the commission's ruling.

Specifically, the Commissioner stated that "It is a strange decision, in a way, to say 'I don't want your €13 billion' when you could have some social programmes or economic programmes in a country that has been damaged by a crisis, but that's their own will."

The Commissioner was playing politics as expected by customizing his argument to fit those held by the Irish government's opposition party Sinn Fein who stated before the vote that "It is important that Irish taxpayers are represented. The Independent Alliance have an opportunity to do that. They should oppose any appeal and insist that the correct tax bill is paid by Apple."

The Irish Times report further noted that "opinion on the government's stance was split on the streets of Dublin where some were stunned that they would give up a potential 13 billion euro tax windfall."

To Tim Cook's statement about the decision being political crap, the EU Commissioner fired back by stating that "We are not a politicized commission we are a political commission with a political will, and this political will is clearly to fight tax evasion, tax fraud and aggressive tax planning." He added that "We are going to go further, with proposals such as a relaunch of the CCCTB (common corporate tax base) and the establishment of a European black-list of tax havens."

Asked if the Apple judgment sent out the wrong message to companies that want to invest in Europe at a time when the EU is facing a serious challenge due to the British vote to leave the bloc, Mr Moscovici said: "We are an open economy. We need to have free trade. We need to have investment from abroad, but we also need to have common rules. The message must be heard – no more tax evasion, no more tax fraud, no more tax avoidance, no more aggressive tax planning."

It was interesting to read that Moscovici pointed out that Ireland had already phased out the idea of a stateless company and the so-called double Irish system, the system that Apple has used (see video explaining this system), he said that, in terms of the present position Ireland is one of the "leading countries in terms of reform of tax."

I found that it was a very interesting admission/statement because it's as if he's making it publicly known that companies coming to Ireland now could no longer use the same 'double Irish' tax avoidance system as Apple used, as they have eliminated it, and so they'll play the bad cop in public and help Ireland get back the taxes owed by Apple while Ireland gets to pretend they're the good guys. If the EU ultimately wins this case, then this statement will have been the admission of their game plan all along. Of course others may see that statement differently.

In a secondary story on this issue that surfaced yesterday in Germany's DW Akademie, they noted that "European Union finance ministers are lining up to get a slice of Apple's tax revenue following a controversial ruling last month by the European Commission, which found the US technology giant had vastly underpaid its corporate taxes for more than a decade.

Dutch Finance Minister Jeroen Dijsselbloem appeared to be first in line, warning Apple on Saturday to "get ready" to pay up. His comment came after a two-day meeting of his EU counterparts in the Slovak capital, Bratislava. 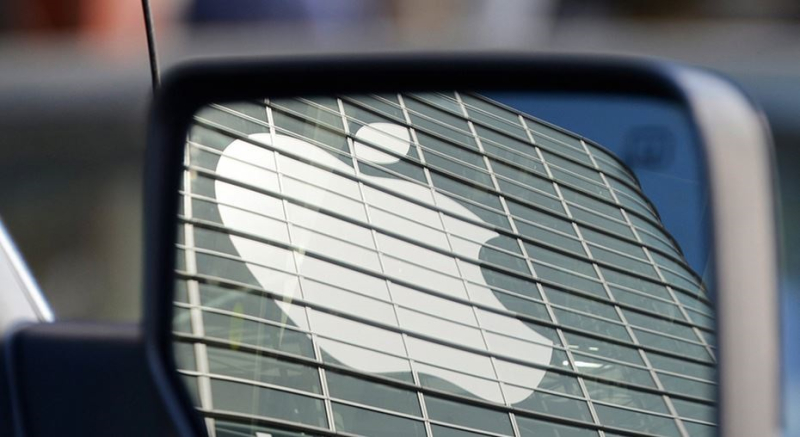 The EU Competition Commissioner Margrethe Vestager was next and "slammed Apple's operations in Ireland, calling them a 'sham' designed to funnel revenue from throughout the European Union to avoid paying tax."

According to Austria's Finance Minister Hans Joerg Schelling, who spoke on the sidelines of the two-day summit "Other EU countries, including Austria, Italy and France, are following the case closely, and expressing interest in a possible payout. If it's legally accurate, you can be sure that as minister of finance I will take it. We Austrians are looking at it intensively."

To rub it in Apple's face DW reported that "the Commission said other EU countries could also claim a slice of the 13 billion euros which, with interest, could reach 19 billion euros."

Should the EU win their case, it could spill over to Australia who have voiced similar disdain for Apple's tax avoidance system.

Lastly, the report notes that "Ireland has opposing the ruling because the country has benefited from the current agreement, particularly in terms of the 5,000 jobs created.

Small countries can reap huge benefits by taking in large multinational companies that generate huge revenue streams. For starters, such firms hire a lot of locals, which in a small country can have a disproportionately positive impact on a nationwide unemployment rate, as well as the country's economy."

But to get Apple to invest in Ireland, "The Commission ruled that Dublin gave Apple favorable tax terms that were tantamount to state aid - illegal under EU rules."

Apple's official response to the Commission's ruling was published on August 30, 2016. In-part, Apple's CEO state that "The European Commission has launched an effort to rewrite Apple's history in Europe, ignore Ireland's tax laws and upend the international tax system in the process. The opinion issued on August 30th alleges that Ireland gave Apple a special deal on our taxes. This claim has no basis in fact or in law. We never asked for, nor did we receive, any special deals. We now find ourselves in the unusual position of being ordered to retroactively pay additional taxes to a government that says we don't owe them any more than we've already paid.

The Commission's move is unprecedented and it has serious, wide-reaching implications. It is effectively proposing to replace Irish tax laws with a view of what the Commission thinks the law should have been.

We are confident that the Commission's order will be reversed."

The EU Commission along with all European Union finance ministers that met this weekend are ready for war and the U.S. Government is now likely to begin retaliatory measures that will no doubt start a long and nasty economic war between the U.S. and the E.U.