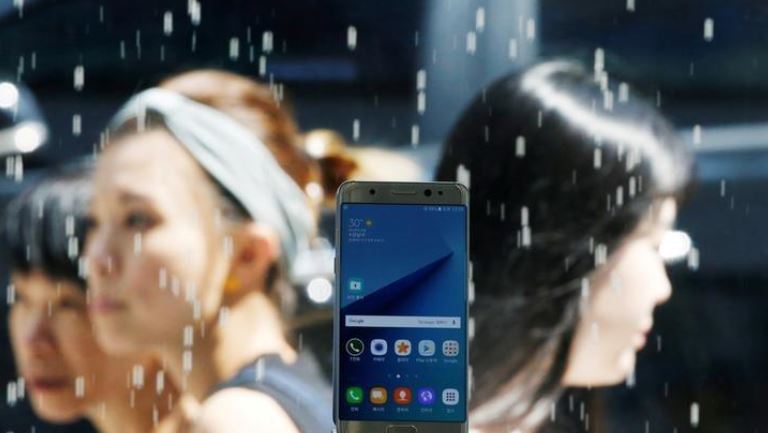 Samsung has tried to reassure consumers in China that its phones are safe in the country, as surveys suggested that confidence was taking a hit in a critical market for the smartphone giant. More specifically, more than half of 12,000 Chinese consumers surveyed by Chinese research firm iiMedia Data Corp. said they would not buy Samsung smartphones amid the battery issue.

Chinese consumers have been critical of China's exclusion from Samsung's global recall of 2.5 million Galaxy Note 7 smartphones, which the company launched on Sept. 2 after it received reports of fires caused by defective batteries. Samsung has said the faulty batch didn't reach China, but reports of phone explosions in China have sown uncertainty among consumers.

The Wall Street Journal further noted that "In one of the new cases, 25-year-old Hui Renjie, a resident of southern Chinese city Guangzhou, said he bought a Galaxy Note 7 online on Sunday because Samsung had vouched for the devices' safety. He said his smartphone exploded on the first day as he charged it, burning two fingers and melting the keys of his laptop. "All of a sudden I felt the phone swell up. At the same time, I felt my finger burning."

Samsung apologized yesterday for any 'confusion' and 'lack of understanding' it had caused, but reiterated that it believed two initial reports of battery explosions in China were faked, based on laboratory tests, and that all of its Chinese phones were safe.

Samsung's apology and technical reports are part of an attempt to undo perceptions, widespread among Chinese consumers on social media, that Samsung hasn't taken reports of safety issues there seriously enough.

Before Thursday's report, the company hadn't offered details on why it believed the reported phone explosions in China were fake, prompting headlines in official publications accusing Samsung of 'unequal treatment' towards Chinese consumers.

And yet despite their denials, reports keep coming in about exploding Note 7's. Samsung had said at the time of the U.S. recall that the Note 7 used in China were using a Chinese battery and wouldn't be affected. Which makes you wonder if there's another underlying problem with the Note 7. If it were just a matter of replacing the battery, then why are some replacement Note 7's still overheating?

Just as Samsung was hoping to have calmed the situation in China down a bit, China's CCTV has now stepped in to bang the drum that the Chinese are fed up with Samsung's reaction to exploding Note 7's in China.

Reuters noted in their report that "In a commentary piece posted on its website on Thursday evening, CCTV said Samsung's behavior in China after the Sept. 2 recall of 2.5 million phones was 'full of arrogance.'

CCTV said a video apology Samsung issued to U.S. consumers, along with various replacement options and compensation, was in stark contrast to its treatment of those in China, where the company issued a brief statement saying most phones didn't need to be replaced. 'Samsung's discriminatory policy has caused discontent from Chinese consumers,' it said.

The CCTV criticism may provide an unwelcome distraction for Samsung as seeks to bolster its position in the world's largest smartphone market. Once the number 1 mobile phone vendor in China, Samsung dropped out of top 5 in 2015, hit by the strong growth of domestic brands like Huawei, Xiaomi and Oppo.

Patently Apple noted back on September 4 that Samsung's rush to get their Note 7 out ahead of Apple's iPhone 7 Plus was proving to be a black eye for them. As this saga has dragged on it's now proving to be a disaster of mind boggling proportions - especially when you consider that their slower than molasses reaction time to the problem in China is now accellerating.

Every time Samsung smuggly claims that a Note 7 explosion in China is fake, another five such reports flood in. For the sake of their image, they need to either get a new PR firm to stop this growing mayhem or bite the bullet and recall their Note 7 in China before this snowballs and they experience a Chinese consumer backlash that they'll never be able to recover from.

While Samsung struggles and hesitates what to next, there's one sure thing; Samsung's Chinese competitors couldn't be happier about their ongoing problems as they enter the busiest smartphone selling season of the year.