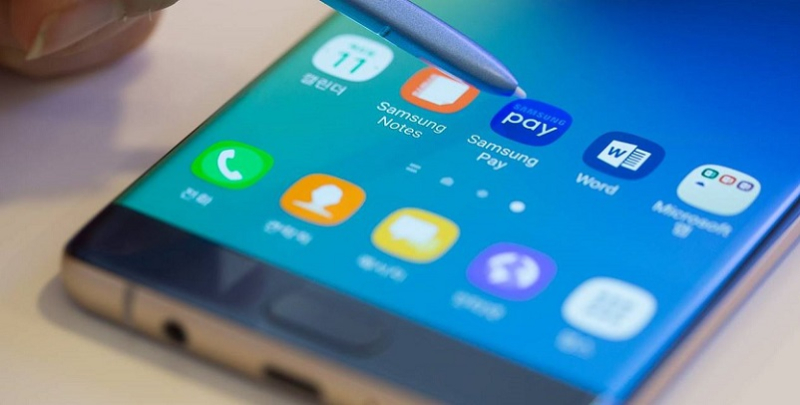 Samsung officially announced their Galaxy Note 7 worldwide recall a week ago today. Since that time, Samsung has been unable to stop the domino effect that's now in play, especially after admitting that they were dropping the use of batteries from their own SDI divison which makes the profit loss much deeper. The domino effect or 'contagion effect' will hurt their supply chain. On Monday we also pointed out that Hanjin shipping went bankrupt and that's who Samsung uses to ship to large customers like Walmart and Target stores. Yesterday Samsung sought a court order to remove their goods from Hanjin vessels because the quagmire that Hanjin's bankruptcy has caused Samsung and others is mind boggling and ongoing. But Samsung's woes have gotten even crazier in the last 24 hours.

It's being reported today that the Federal Aviation Administration has issued a warning about the Galaxy Note 7, as follows:

"In light of recent incidents and concerns raised by Samsung about its Galaxy Note 7 devices, the Federal Aviation Administration strongly advises passengers not to turn on or charge these devices on board aircraft and not to stow them in any checked baggage."

While it's not an official ban yet, the Wall Street Journal notes that "Identifying a specific brand or model as a potential hazard is a highly unusual move for the FAA." One report goes as far as saying that the FAA is actually considering a ban.

A new report from the Korea Herald today states that "The Ministry of Land, Infrastructure and Transport said that it has been reviewing whether to prevent people from carrying the devices onto planes over concerns they could pose a risk to the operation of flights," as the FAA's position.

But in Australia it's a different matter altogether. It's being reported that "three Australian airlines went ahead and banned the operation and charging of Samsung's $800 waterproof phone-tablet on all Quantas, Jetstar and Virgin Australia flights.

The airlines were not directed to do so by government officials, but rather took the decision on their own after Samsung Australia – one of 10 recall markets – halted sales and began exchanging existing models.

But wait, the news gets even crazier. This morning, USA Today reports that "Florida resident Nathan Dornacher reported that his Jeep caught fire as he was charging his Samsung smartphone. His Facebook post showed pictures of the SUV in flames and what looked like the charred remains of a cellphone."

This has been a nightmare week for Samsung and it's hard to believe it could get any worse for them than it is today. But you never know, we'll see what next week brings our way because as the saying goes: when it rains it pours.