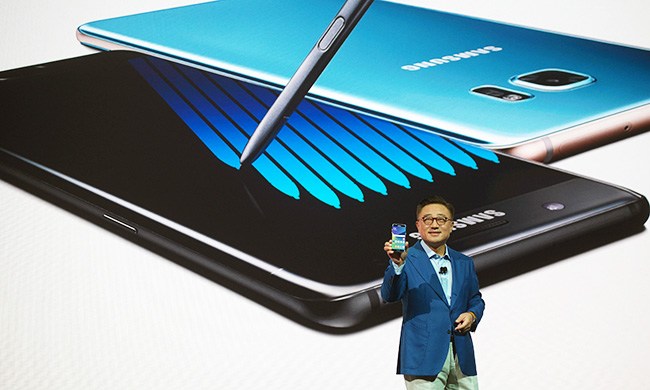 Yesterday Patently Apple posted a report titled "Korean Press Reports the Exploding Note 7 is a Severe Blow to Samsung that could help the iPhone 7." Today several more reports have surfaced in Korea today discussing the depth of the problem that is now in play. One report notes that "As Samsung Electronics has decided to recall 2.5 million units of the Galaxy Note 7 due to a flaw in its battery – its performance will have an adverse effect. Also, its distribution and sales will be somewhat affected by Hanjin Shipping's issue. This, in turn, will create the contagion effect to component companies, leading to a vicious circle in terms of price competitiveness and profit."

The biggest problem is sales suspension of the new handset. When a company has low sales, it makes more losses. A senior official from the industry said, 'The more smartphones a company produces, the lower fixed costs it will achieve. So, operating profits can rapidly reduce when production stops and there are no new sales due to the incident. The amount can even reach trillions of won.'

Marketing is another problem. The company has to delay or cancel new marketing campaigns which are scheduled this month. An official from the industry said, 'There are limits to increase production so the company can boost the production by 10 to 20 percent. However, it is impossible to double it. The company may have an extensive marketing plans after the release and it will make an additional loss when the plan doesn't go well as scheduled.'

This is why some market watchers say that the company will see a vicious cycle that new sales suspension and contracted marketing plans can lead to the decrease in operation profits and then to lower sales of new products. In particular, many expect that it is the structure that hit both semiconductor and display sectors at the same time. It means that the low sales of the Galaxy Note 7 will adversely effect on the performance of the semiconductor and display divisions of Samsung Electronics, reducing the total profits. Moreover, how to bear losses with component firms will have a considerable effect on the performance.

In this situation, some say that Hanjin Shipping's troubles can also have an adverse effect on sales of its home appliances products. Hanjin has handled about 10 percent of Samsung Electronics' shipments. U.S. retail businesses, such as Walmart and Target, are complaining as they are not being supplied with the products on time before the busy season at the end of the year.

Whether it's consumer hysteria or the beginning of new chapter in Samsung's battery problems, UK's phoneArena reported on Saturday that beyond the Galaxy Note 7, an exploding Galaxy S7 Edge smartphone has been reported.

"A consumer who owns the Samsung Galaxy S7 edge has reported that his unit burnt while he was charging it. This gentleman claims to have been sleeping at the time of the incident, and reportedly used the handset's original charging equipment." 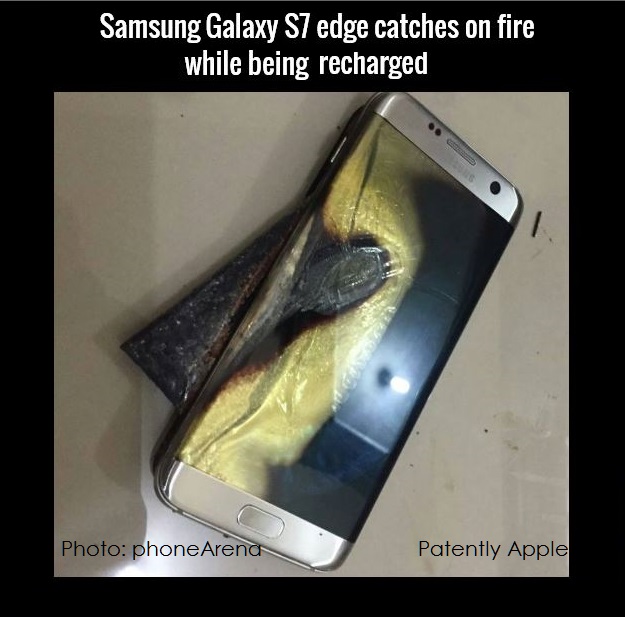 However, the Galaxy S7 Edge has been out for six months without a single battery incident reported until now. PhoneArena also points out that it's a different battery so it's likely a rare incident. Whether it is or whether more incidents will begin to surface is something to keep an eye on. For now, it's just another headache and more bad PR for Samsung.