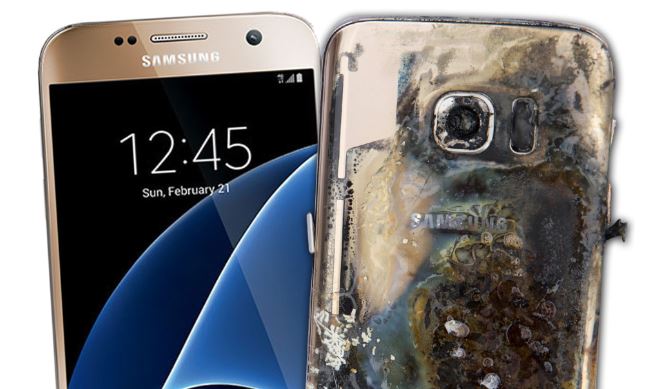 Another day another Samsung Note 7 fire story. Except this time it's a story about an exploding Galaxy S7 that occurred in a UK café. The incident was caught on two security cameras as noted in the video below. Supply teacher Sarah Crockett, 30, told how the phone blew up in a busy cafe even though it was not being charged. If true, this could be a new problem for Samsung. Reportedly Samsung has stated that they've never heard of such a problem before and is investigating the matter seriously before commenting further, reports The Sun.

Late yesterday the Korea Times reported that Samsung announced that they're working hard to have a software upgrade sent out to new Note 7 customers that will limit how much the battery could be charged as a temporary solution before customers exchange their smartphones for new ones as part of their recall.

Samsung stated that "the handset will charge its battery no more than 2,100mAh, which is 60 percent of the 3,500mAh total capacity."

While most stories of the exploding Note 7's are legitimate, it's always questionable when a tabloid wants to exploit a situation and promotes users to send in reports and photos. The Sun states under their byline: "Has your phone ever exploded? Call The Sun on 0207 782 4104 or email exclusive@the-sun.co.uk."

That kind of invitation opens the door for fake photos and crafted videos. That's not to say that this current Sun report is fake – but future stories will have to be scrutinized and reported by multiple sources to prove it's a legitimate event and not simply hysteria gone mad looking for publicity. 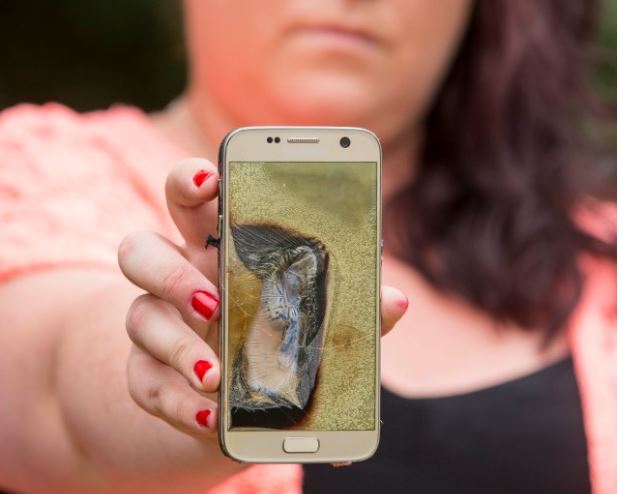