Ever since Apple introduced 3D Touch on the iPhone 6s there's been speculation that Samsung would eventually copy this Apple feature. Apple released their 3D touch on September 9, 2015. A Month later Synaptics announced their new Android solution to match Apple's latest feature was called ClearForce sensing solution. The company states that "ClearForce enables OEMs to differentiate smartphones by providing customers with new dimensions in user interfaces such as speed scrolling, zoom, gaming, and text or photo editing by applying variable force with a finger or stylus." SamMobile posted a report last year titled "Could Samsung bring something like Apple's 3D Touch to its smartphones?" Well, they may do so sometime in the future but they didn't add it to either their latest 2016 Galaxy S7 or Note 7. If the Synaptics solution was that great, Samsung would have introduced it. It was obviously a poor copy of Apple's 3D Touch. This week Patently Apple discovered a new patent application that surfaced at the U.S. Patent Office regarding a 3D-like technology from Samsung that would apply to both touch and Pen applications on a Galaxy Note. So technically it's only a matter of time until Samsung's copy of Apple's 3D Touch technology comes to market. 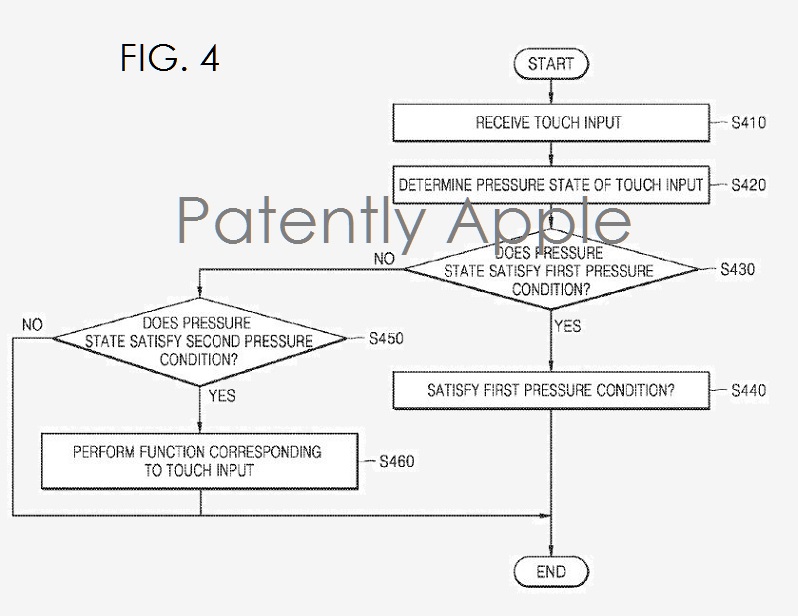 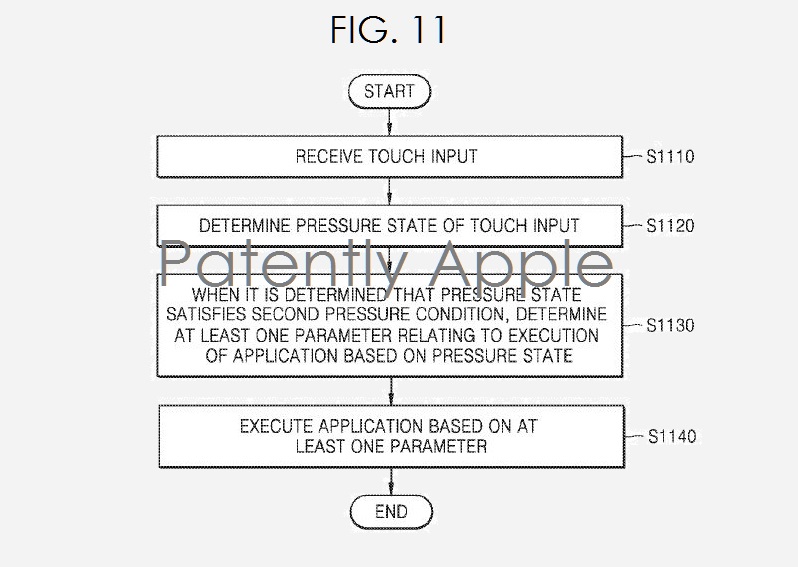 Patently Mobile also posted a patent report earlier today covering Samsung's work on better waterproofing a future Note smartphone by eliminating one speaker grille on the phone and introducing a new Pen design that doubles as a speaker as shown in part below. 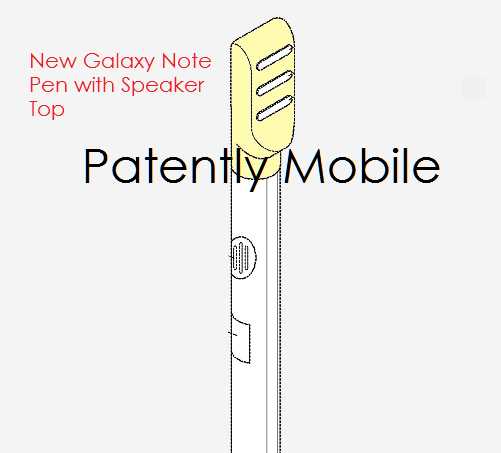 While I'm on the topic of the Galaxy note, I wanted to just look back at our report posted two weeks ago titled "Samsung Dodged a Bullet this week, but for How Long?" for just a moment. I was checking out the iPad Pro yesterday at my local Apple Store and realized that Apple's use of the Pencil was pretty limited to a few apps which wouldn't have been much competition for Samsung if Apple released the iPhone 7 with Apple Pencil. So the delay is better understood.

With the Galaxy Note, you're able to use the pen to mark up an article before sending to a friend or colleague. Apple is about to release this kind of functionality in early 2017 according to a report posted by Mark Gurman of Bloomberg in late August. I read it, but it didn't really sink in till this weekend when talking to the Apple rep about the Pencil limited application on the iPad Pro. I'll wait for that feature before buying one. But it made me think that if Apple's push for wider applications on the iPad Pro is coming to iOS, then it's going to be easier to bring this functionality to a future iPhone model.

Gurman noted that "Upcoming software upgrades for the iPad include wider operating-system support for Apple's stylus accessory, while hardware performance improvements are also in development, according to the people."

More specifically, Gurman further noted that "The planned iPad update will include improvements to the Apple Pencil, a handwriting and drawing stylus aimed at professionals, according to one of the people. Apple has considered allowing users to annotate objects in many applications across the whole operating system, including in Mail, the Safari web browser, and iMessage, similar to what Samsung Electronics Co. offers on its Note smartphones, the person said. Currently, Apple only supports Pencil functionality in specifically developed apps." Bingo.

Apple's iPhone 7 Plus has a larger display and a superior dual lens camera with zoom which is really cool. Apple's third major advantage for their iPhone Plus model next year (hopefully) will be the option of using Apple Pencil (or a different model of Pencil) as we were cheering on for this year based on a statement by Apple's CEO Tim Cook.

But now that it's clear that Apple's engineers are about to bring a serious upgrade to Apple Pencil closer to Samsung's Note, the war drum could be heard in the distance. This year the Note 7 was crushed because of a battery crisis and recall, and 2017 won't be much better if Apple decides to follow through and update their iPhone Plus model to go head-to-head with Samsung's Note 8 with Apple Pencil.

With Samsung aiming to add a 3D touch-like feature to a future smartphone and Apple likely aiming to challenge the Galaxy Note by advancing Apple Pencil, hopefully the two are going to bring some fireworks to the table next year – and I can't wait for it all to begin.