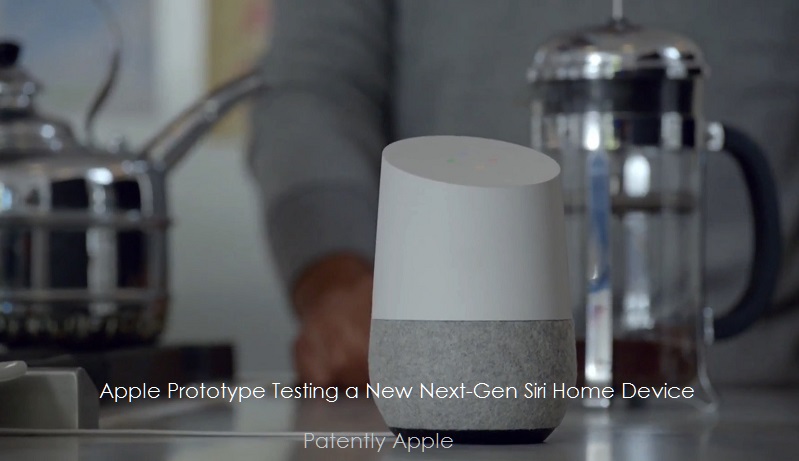 Way back in mid-May Patently Apple posted a report titled "Google Home: Advanced Home Automation for Android Users Introduced at Google I/O." In that report we had noted that the upcoming Google Home device was very much like Amazon's Echo meets Apple TV. Just a week earlier we had posted a patent report titled "Future Apple Devices will Automate Home Automation Processes According to User Behavior Patterns," wherein we presented an overview of Apple's intellectual property relating to home automation coming to Apple TV and beyond as illustrated below (just enlarge to see the overview in detail). 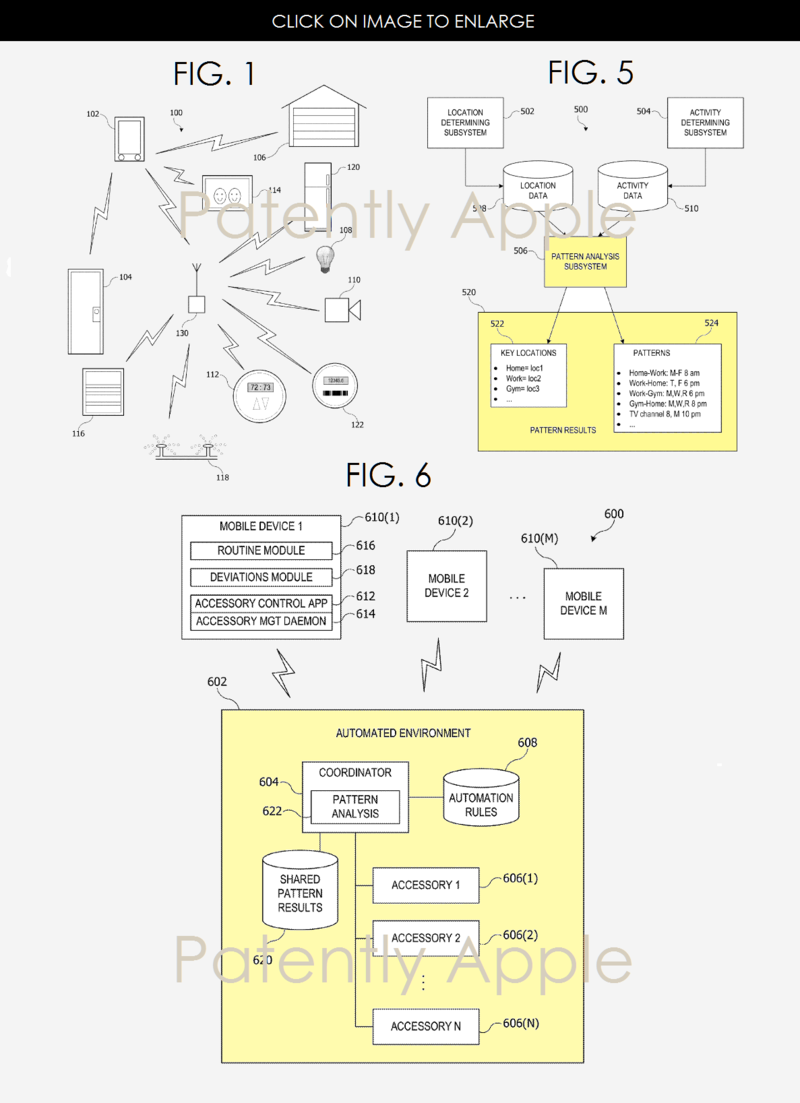 Although we didn't focus on voice activation in the patent filing, it was clearly a key component noted several times throughout Apple's filing in context with a 'Cordinator Device.' We also posted a patent report specifically focused on Siri for Home Automation in late 2015.

In our mid-May report I further noted that "With Amazon and now Google catching up to and surpassing Apple's Siri in some ways, we can only hope that Apple is going to finally deliver on this kind of service for Apple TV.

One week later and 'The Information' webstie is claimed just that. The report noted that Apple was upping its game in the field of intelligent assistants. After years of internal debate and discussion about how to do so, the company is preparing to open up Siri to apps made by others. And it is working on an Amazon Echo-like device with a speaker and microphone that people can use to turn on music, get news headlines or set a timer.

Flash forward to today and Bloomberg is now reporting that "Apple Inc. is pressing ahead with the development of an Echo-like smart-home device based on the Siri voice assistant, according to people familiar with the matter.

Started more than two years ago, the project has exited the research and development lab and is now in prototype testing, said the people, who asked not to be identified discussing unannounced Apple projects. Like Amazon Inc.'s Echo, the device is designed to control appliances, locks, lights and curtains via voice activation, the people said. Apple hasn't finalized plans for the device and could still scrap the project."

Bloomberg further noted that 'If such a product reaches the market, it would be Apple's most significant piece of new hardware since the company announced the Apple Watch in 2014. Echo has been a surprise hit, even to Apple engineers working on their competing project, and is already being baked into smart-home systems made by a range of companies. Meanwhile, Alphabet Inc. is working on its own device, Google Home. Besides taking on the competition, Apple is looking for a new hot seller to augment the iPhone.

The company is attempting to differentiate itself from Echo and Google Home with more advanced microphone and speaker technology, two people said. Some of the prototypes in testing include facial recognition sensors, another person said. Apple has acquired the facial recognition startups Faceshift and Emotient over the past two years, which may help the device act based on who is in a room or a person's emotional state.

Besides serving as a controller for other smart-home devices, the speaker would theoretically be able to process many of the Siri commands available on the iPhone. For example, users may be able to ask the device to read e-mails, send text messages and Tweets, and stream content from Apple Music.

Apple has also considered integrating mapping information into the speaker, another person said, potentially allowing the device to notify a user when it's time to leave the house for an appointment." For more, read the full Bloomberg's report here.

Just as Google is ramping up their own hardware division to deliver devices like Google Home and a premium smartphone to take on Apple's iPhone in October, Apple is likely to introduce a Google Home competitor that's now in the works. It's not a device that was 'rushed' to market because of competing products, but rather one that's been in development for many years and covered by several patents to prove that fact.

So once again, when the tech press say that Apple is copying Google or Amazon, and you know that they'll frame it like that, you'll know that's a blatant falsehood because Apple's patents predate any of these competitor's products. So in reality it will be a device that fulfills their intellectual property, plain and simple.