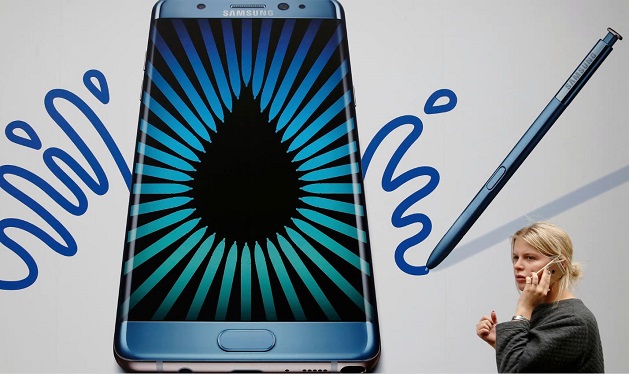 Early last week the 'Consumer Reports' Organization called for a full recall of Samsung's Galaxy Note 7 immediately as the new smartphone was still available at retail stores without any warning. They noted that a voluntary recall at the manufacturer level wasn't sufficient for the danger that the smartphones posed. Yesterday Patently Apple posted a report titled "U.S. Consumer Product Safety Commission Working on Official Recall of Samsung's Note 7." The recall has caused Samsung's share price to dive in the UK this morning and we see that the price is down 7% in the U.S. prior to the market opening. Yesterday's report noted that a Galaxy Note 7 charging in a Jeep caused it to catch on fire (as noted below) and we also learned how a Note 7 exploded in a little boys hands while watch a video. So the battery issue has quickly escalated into being a major disaster for Samsung and the U.S. Government has rightly stepped in. But the Korean press this morning is screaming foul play, claiming that the actions taken by the U.S. Government are nothing shy of excessive. Really? 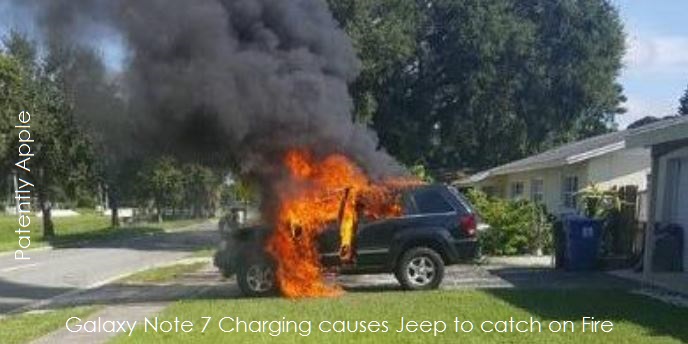 One report this morning states that Samsung Electronics is facing a state of emergency as America's FAA (Federal Aviation Administration) and CPSC (Consumer Product Safety Commission) are suggesting Americans not to use Galaxy Note 7 in the U.S.

"Although Samsung Electronics is looking for ways to solve this situation such as even recalling the entire quantity of Galaxy Note 7, a controversy has reignited as American authorities are taking a variety of excessive actions. Rather than simple problems involving a product, some believe that American Government is trying to protect its industry."

Retardedly the report added that "These predictions are gaining more momentum as Apple is introducing its iPhone 7 at the same time when Samsung Electronics is introducing Galaxy Note 7."

It's a fact that Samsung rushed to be ahead of Apple's annual debut of a new iPhone that occurs at the same time every year. That big rush made by Samsung to be ahead of the new iPhone is what caused an internal quality control problem – that's now being twisted by the Korean press to look as if Apple took advantage of Samsung's misfortunes by launching their new iPhone 7 after Samsung's launch and got the U.S. Government to prop up the iPhone's 7 market position by announcing a recall on poor foreign Samsung. That's just twisted and embarrassing commentary from someone in the press.

The report further noted that "Worries have gotten even bigger as Samsung Electronics can face a same situation that SONY and Toyota faced in the past.

South Korean industries believe that this suggestion by American Government is bit too excessive and they are pointing out that this is an excessive response to protect its industry. Experts are suggesting doubts by saying that probability of fire occurring in cars and garages due to combustion of batteries of Smartphones is not that high.

Professor Cho Jae-pil of UNIST noted for the report by ETNews that "Until now, Smartphone's liquid crystal and battery were burnt little bit during these accidents and there weren't any major explosions. I believe that the U.S. is taking excessive measures since explosion cannot happen since there is a control device."

These kinds of opinions are gaining more momentum as Samsung Electronics is battling fiercely with Apple by recovering its market share in the U.S. with Galaxy S6. Although Apple put out iPhone 7, it is not receiving much attention as Galaxy Note 7 did."

Professor Lee Byeong-tae of UNIST added that "It is certain that any countries will try to implement policies that will be more advantageous for their businesses. Apple and the U.S. are actively utilizing this opportunity ..."

I've read a lot of crazy reports in my lifetime but conspiracy theories at this level are sadly pure propaganda. It's politically off base and embarrassing to think that the Korean press and respected professor would go to such extremes to protect Samsung and their defective smartphone. Shame on them! 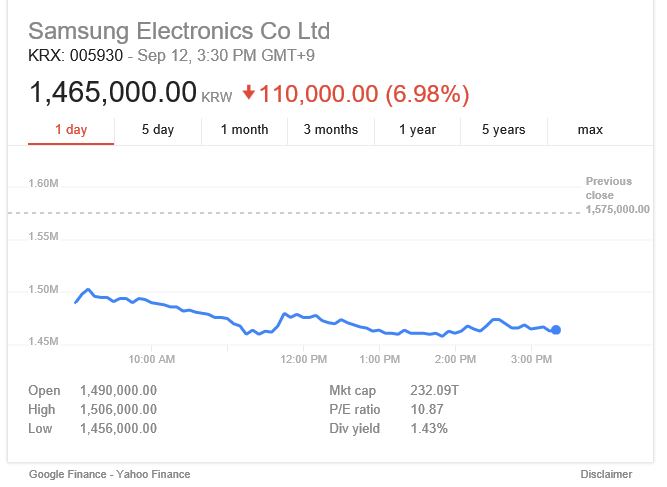