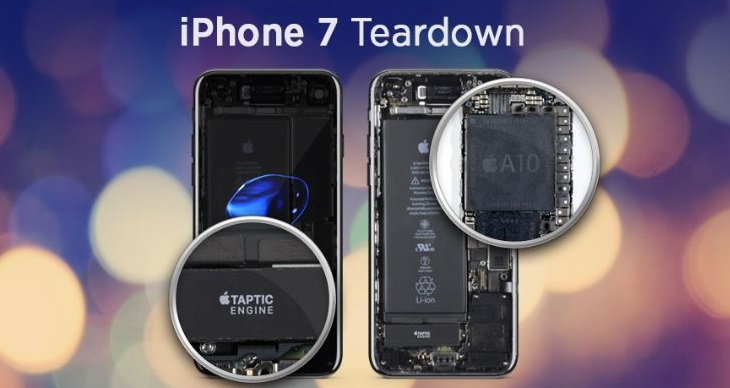 In May Patently Apple posted a report titled "Intel has Reportedly Won Apple's Modem Chip Business for the iPhone 7." Then in June we reported that the rumor was confirmed. The report noted that "Orders from Apple represent the first major win for an Intel mobile chip program that had struggled for relevance and racked up operating losses. The shot in the arm for the world's largest chipmaker further dents the dominance of Qualcomm in baseband processors that connect phones to networks and convert radio signals into voice and data. Now a Chipworks teardown of the iPhone 7 show us the extent of Intel's win.

Chipworks notes in their iPhone 7 teardown that "the winner is….Intel, at least in the iPhone 7 A1778 we have in our lab. The Intel and Apple iPhone 7 rumors had been circulating around for a while, but from our experience, we know better not to believe everything we hear. However today seeing is believing and we have indeed found an entire Intel mobile cellular platform inside the iPhone 7. Intel supplied not just one, but two RF transceivers, the baseband modem, and the (RF) power management IC. Below are Chipworks notes on where the Intel Chips were found.

In the iPhone 7 Model A1778 we have torn down, we see Intel's Baseband Processor (Modem) PMB9943. We suspect that this is the rumored Intel XMM7360 modem. We will decap it and shoot the die photo and update this blog as images become available.

What will be interesting at least to us, is whether we will find an Intel platform in the CDMA versions of the iPhone 7 and iPhone 7 Plus, or if Qualcomm will get the win. We will be doing a Deep Dive report on an iPhone 7 CDMA A1660 version to find the answer.

Intel continues their win in the iPhone 7 with two Intel PMB5750s, or what they call their SMARTI 5 RF Transceivers. Here again, TSMC wins as well, as the SMARTTI 5 RF transceivers are built on TSMC'S 28nm process. TechInsights has done a circuit analysis report of the Intel PMB5747.

While Intel handles its own cellular ICs, Dialog continues to have a presence in Apple phones. Here we have the 338S00225, a new Apple/Dialog Semiconductor PMIC for the iPhone 7. For your reference, the previous iPhone 6S and 6S Plus used 338S00120 and 338S00122 respectively.

For more on the Chipworks iPhone 7 teardown, click here.