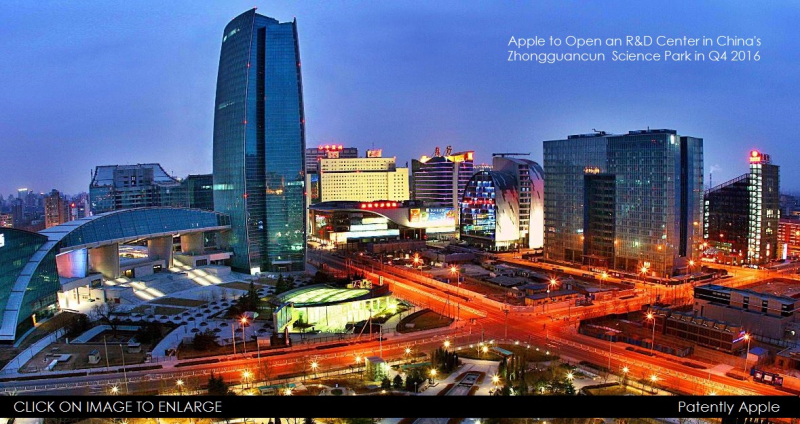 Yesterday we learned about Apple incredible new facility that will be coming to London's Battersea Power Station in 2021 and today we learn that Apple has set up its first R&D center in China in Beijing's Zhongguancun Science Park, China's version of Silicon Valley, according to a statement issued by the Zhongguancun Park Management Committee.

The R&D center has a registered capital of CNY100 million (US$14.994 million), with total investment likely to reach CNY300 million in the future. The center plans to hire a total of 500 employees, focusing on the development of computer software and hardware products, communication, audio and video devices, as well as advanced technologies for consumer electronics products and the information industry.

The R&D center is expected to complete later in 2016 and to be used to integrate Apple's engineering and business teams for ramping up sales and services, according to media reports in China including BestChinaNews.

Other tech companies already residing in this park include Microsoft, Intel, AMD and Sony.

Apple has set up R&D centers in Japan, Israel, the UK and plans to also establish similar facilities in Canada, India, Indonesia and Vietnam to optimize local resources.