Apple's "Peek and Pop" is now a Registered Trademark 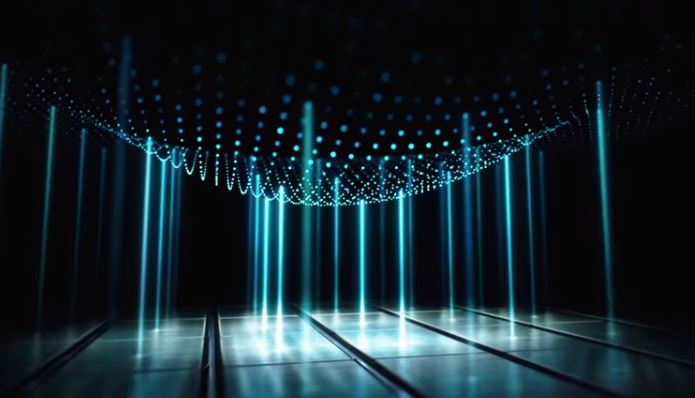 Just as Apple is about to introduce the iPhone 7, the U.S. Patent & Trademark Office granted Apple's latest registered trademark for "Peek and Pop," their 2015 iPhone 6s 3D multi-touch feature. The next generation of multi-touch allows users to dip in and out of content without losing their place. User's simply press lightly to Peek at a photo, email, web page or other content, and press a little deeper to Pop into the content itself. Apple filed for their trademark on the day it was announced, September 9, 2015. 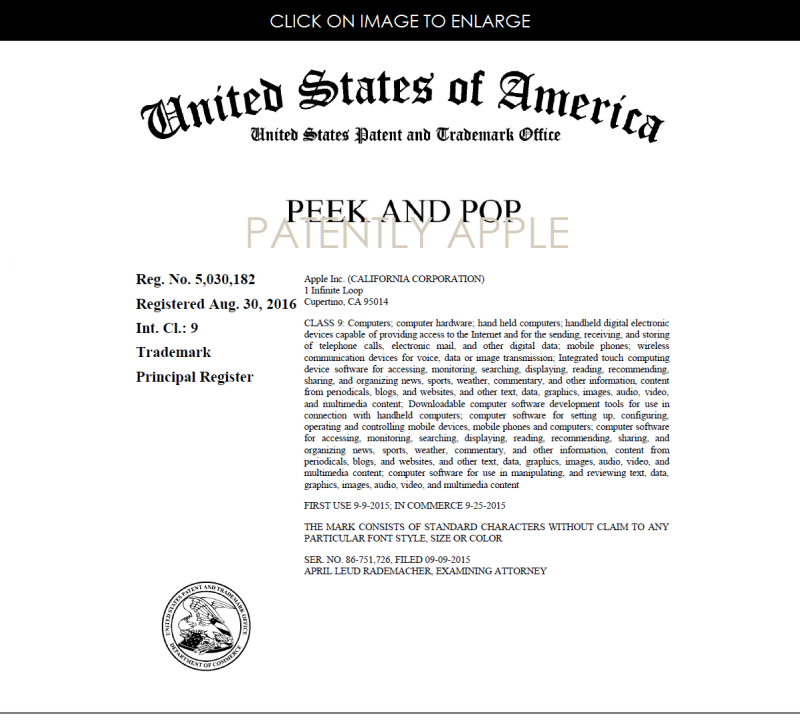 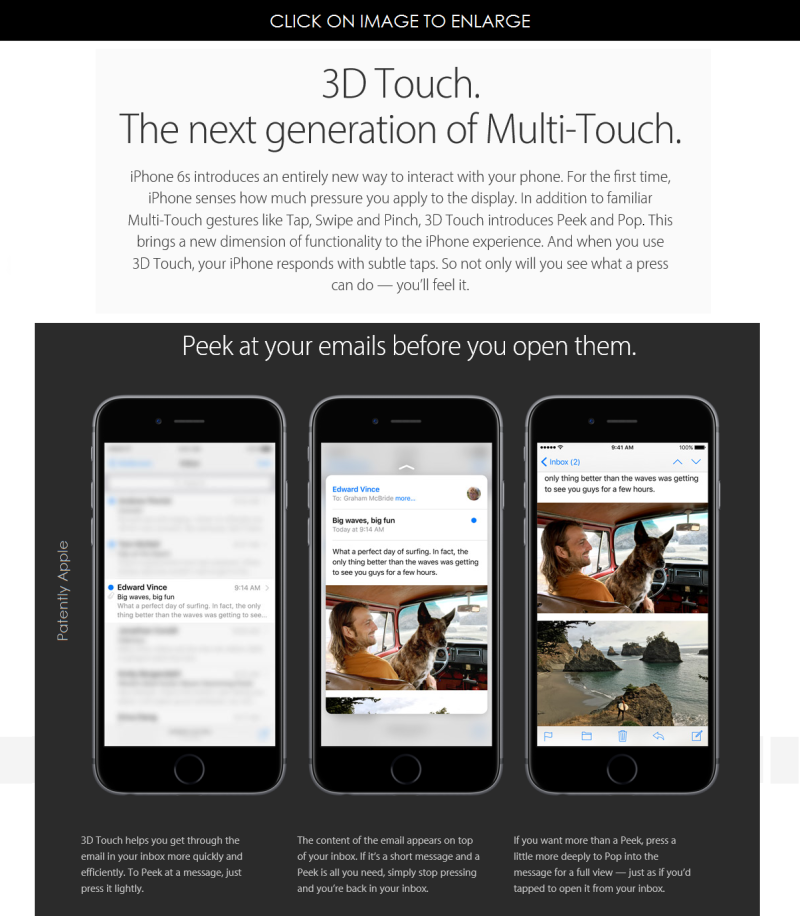 Next week Apple will introduce the iPhone 7 that is bound to introduce new software and hardware features that will carry new trademarks. One of the new ones will likely be for their next-gen 3D iSight camera. Any guesses for what they'll call it? Send in your comments below.