Apple announced today that it will no longer announce first-weekend iPhone sales numbers as they have in the past. Apple is breaking with tradition at just the wrong time. No matter what their reasoning, it shows a lack of confidence in their expected iPhone 7 sales. Just when Wall Street and the tech press have been reporting on a consistant basis that Apple is in decline due to falling demand for their iPhone – and Apple feeds them this powder keg that will only accelerate the negative reporting going forward. We pointed out this morning that Quartz was saying how Boring Apple has become and this wasn't an uncommon sentiment in yesterday's reviews of the Apple across the web.

I hope that Apple beats Wall Street's expectations just to prove the point that they're making in their press release. Though for now, this is simply a surprising development that Apple's CEO had to know would be taken negatively.

What was he thinking? He should have at minimum, made this announcement in person on CNBC or other financial network so that he could make his case and air out the negativity on the spot. Making his surprising case in a press release is just going to be interpreted as a negative bombshell. All I read in their press release is spin and it's disappointing to say the least. Below is a copy of the tweet from Apple to CNBC. 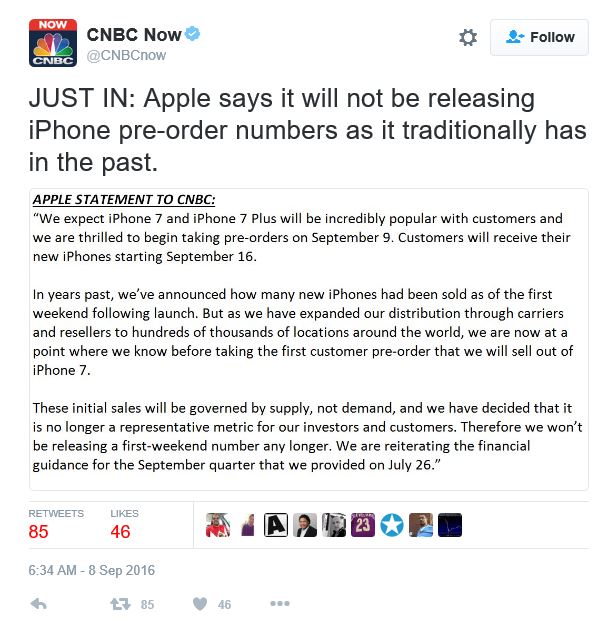